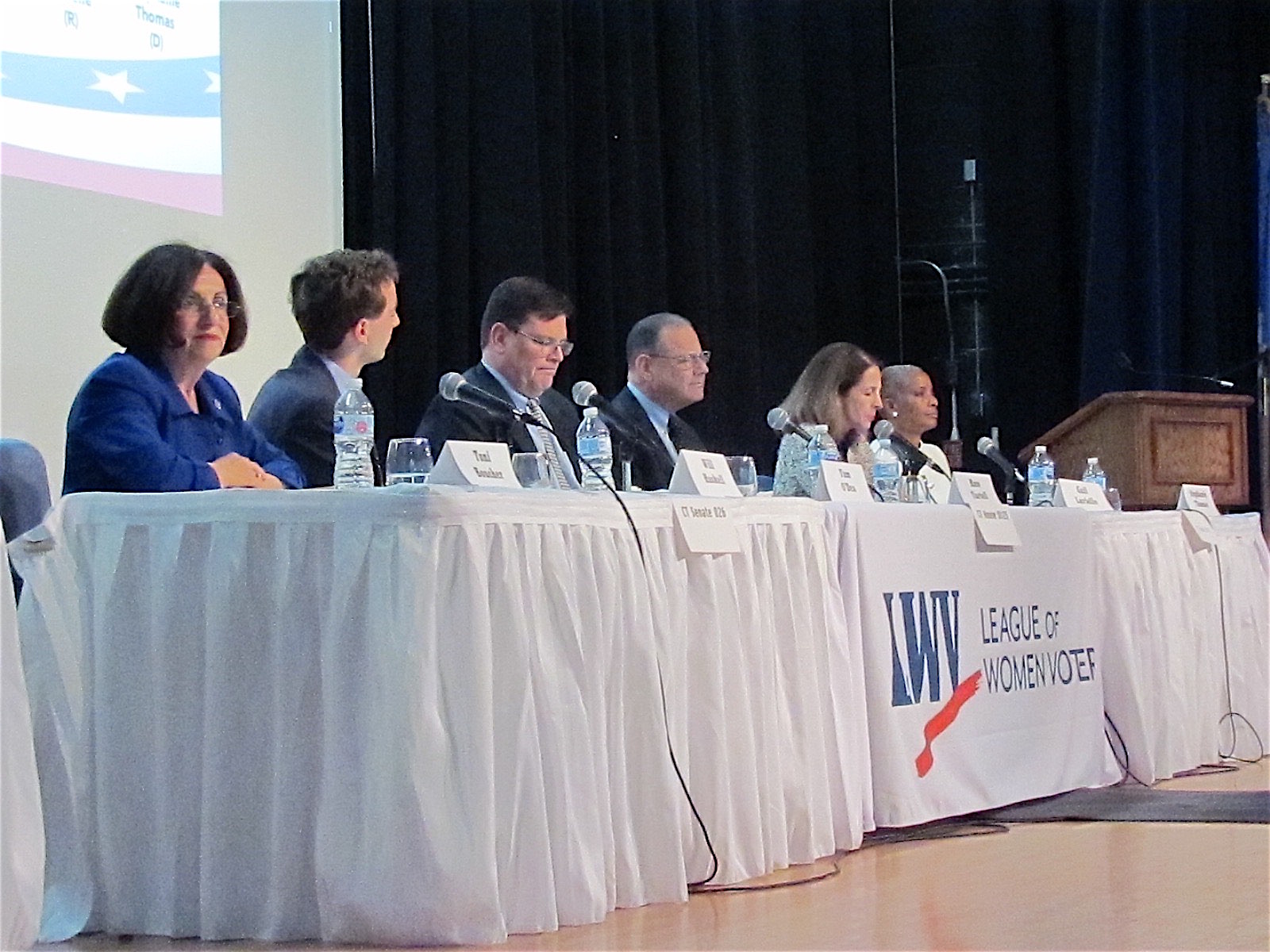 Tuesday night, in front of an audience of 400 people, the six state legislative candidates running to represent Wilton in Hartford, answered questions at a Candidate Forum. The event allowed the candidates to illustrate exactly where they differed from their opponents, and the differences–especially on issues like state income tax, gun laws and tolls–were clear.

The event–sponsored by the Wilton League of Women Voters, GOOD Morning Wilton and the Wilton Library–was also live streamed and recorded. We’ll have more to update on the details of the event, plus the recording of the full event, later today.