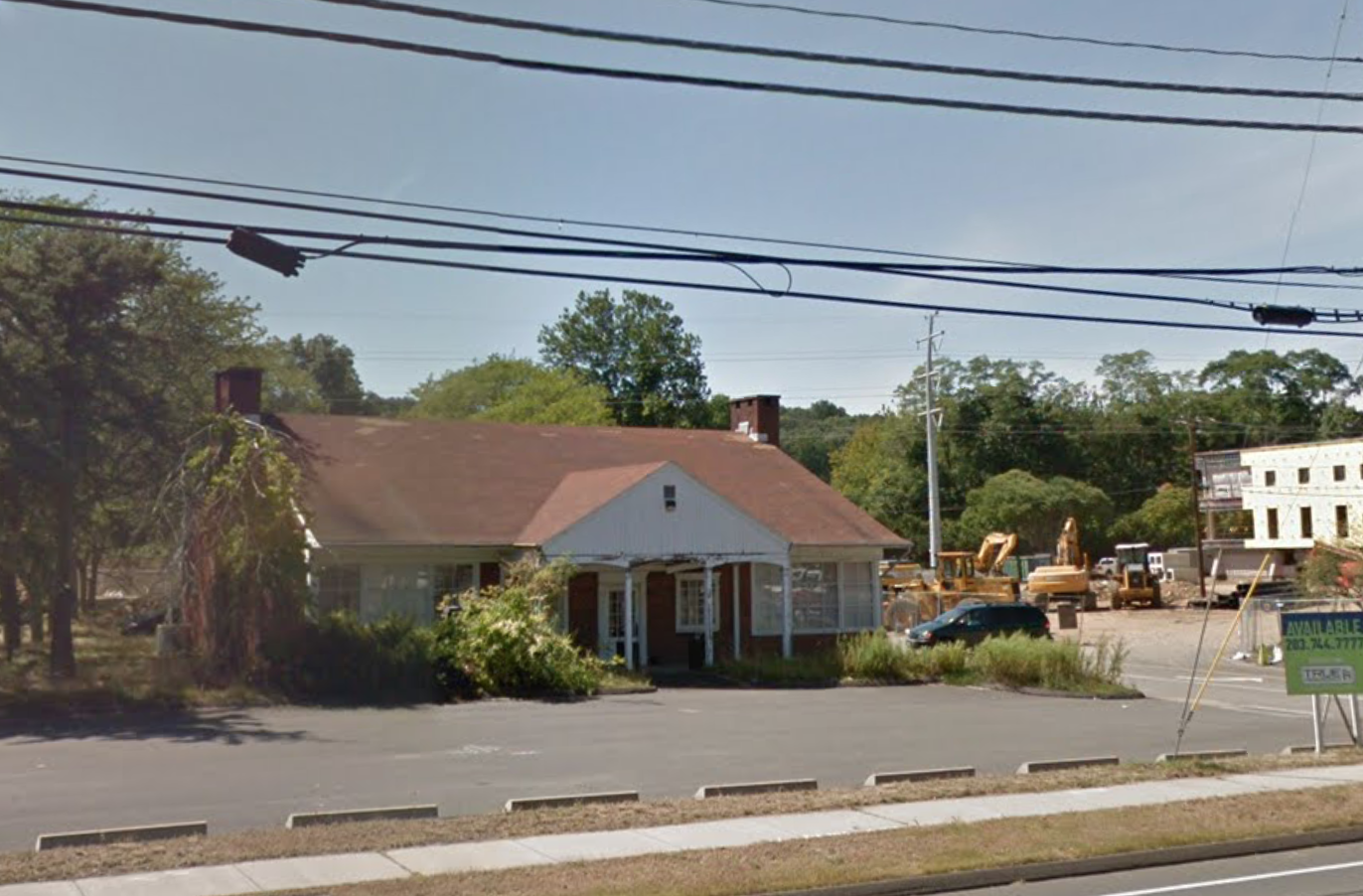 The property at 241 Danbury Rd. has sat vacant for a very long time. But that is likely set to change with news that the Church of Jesus Christ of Latter Day Saints has signed contracts to purchase the property with the intent to build a meetinghouse there.

At last night’s Planning and Zoning Commission meeting, commissioners discussed a letter they’d received from Gregory & Adams attorney Casey Healy, representing the Church in its effort to clarify land use regulations that would pertain to the zoning district in which the property is located. That letter details the Church’s intent to complete the purchase of the property, as well as the adjoining parcel at 23 Cricket Ln., and locate a meetinghouse there.

Located directly across the street from Wilton’s Town Hall, the site is a very visible piece of property, and has long been eyed as a potential site for redevelopment along the Danbury Rd. corridor.

“As a resident of Wilton, it’s going in on a site that has been a bit of a blight or underdeveloped for a long time. From that perspective, it’s a really positive thing. As a member of the faith, I’m just so excited. It is really thrilling for me, to be able to have an actual building in Wilton,” said Deborah McFadden. [Editor’s note:  McFadden is a member of the Board of Selectmen. She specified that she was not commenting in her role as a town official but as an active member of the Church who resides in Wilton.]

What’s more, having a location here in Wilton means it’s highly likely that the numbers of Wilton residents who belong to the  Mormon Church will increase.

“It’s a way of life more than a religion so the meeting house is very central to our community. People literally put a dot on the meeting house and draw a circle around it to pick a place to live,” explains Jack McFadden. He added that there had been speculation among local church members that once it’s built, the location might be named as a stake building–comparable to a diocese–” which might make it a hub for all Mormons in the state.”

The parcels of land on which the meetinghouse will sit are located in the Designed Retail Business District (DRB), and it has long been eyed as a potential for commercial development. The construction of a church on the site will probably mean that it won’t be considered as something that will contribute to Wilton’s grand list, as it will likely be tax exempt.

Other commercial developers had expressed interest in the site and had approached Wilton’s first selectwoman Lynne Vanderslice to discuss their interest, but she said representatives of the Church were the only ones she did not hear from in advance. And although the Church likely will have tax exempt status, she says it will be a good thing for Wilton.

“I do think that it can have a positive impact on the community as it may create an interest in moving to Wilton, or it will  bring people in one or more times a week and expose them to Wilton.”

Deb McFadden agrees. “You’ll end up with more members of our faith living in the town of Wilton in proximity to that building, which can be a real value to the community. We tend to be very family oriented, and I think that we can bring a lot of value to the community of Wilton. We’re very service oriented. Our youth recently did a service project in conjunction with Hillside Cemetery, to help survey the work that needs to be done on the headstones in Hillside Cemetery. It’s just one example of a service project that has been done in the town.”

She also notes that typically there are many more activities around a Mormon meetinghouse than just Sunday worship. “We also have other types of meeting during the week. We have youth programs that run, we have boy scout troops that are sponsored by congregations, there’s women’s meetings, missionary meetings, there’s a variety of different types of activities. We have social gatherings. So, our buildings are in use a fair amount but we’re very busy on Sundays and evenings.”