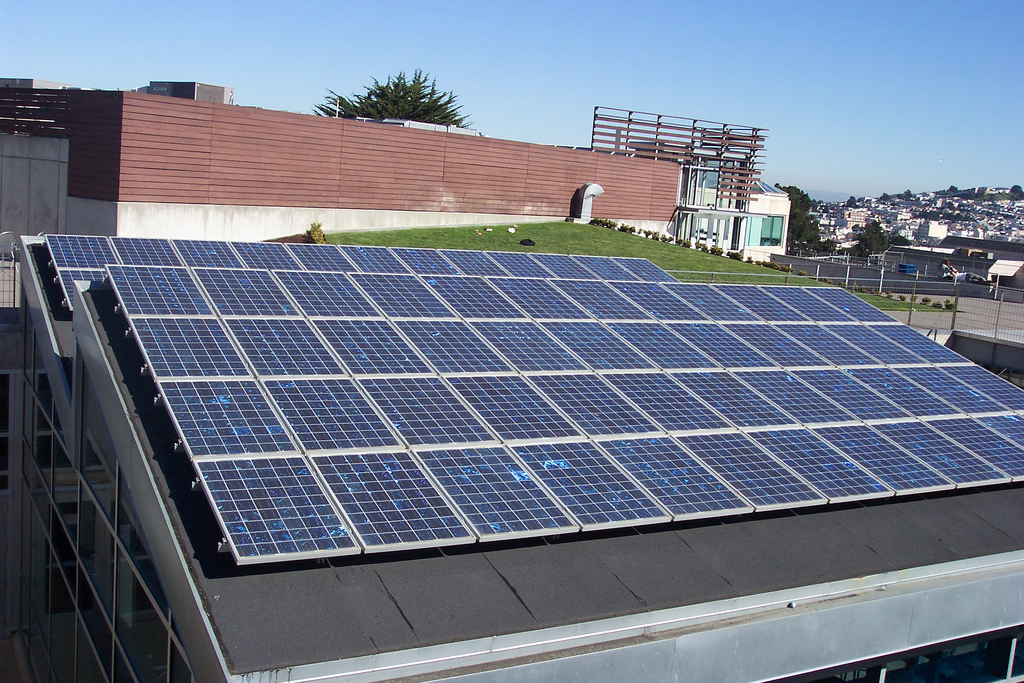 Following a recommendation by the town’s Energy Commission, Wilton officials are weighing the prospect of installing solar power for the schools. Before voting on it, however, the Board of Selectmen would like to get feedback from town residents about the project. To do so, they’ve scheduled a public hearing on April 17 at 7:30 p.m. and have invited Wilton residents to attend, ask questions and give opinions on the idea.

At this past Monday evening’s Board of Selectmen meeting, the Energy Commission’s co-chair, Debra Thompson-Van, presented the project to the selectmen. The Wilton Energy Commission has worked over the last year to put together a proposal that would see solar panels installed on the roofs of at least two Wilton schools–Miller-Driscoll and Middlebrook, with the possible addition of Wilton High School. Based on their research and the RFPs submitted by vendors, the commission estimates that Wilton could save an estimated $1.2 million to $2.3 million in electricity costs over 20 years, as well as reduce the town’s carbon footprint.

The proposed plan would need to begin with a structural engineering study of the schools’ roofs to determine their capacity. In addition, because the buildings’ roofs are warrantied, approvals would need to be obtained before any solar arrays could be installed to make sure that not only wouldn’t those warranties be voided by any work performed, but also that equipment could be removed and reinstalled should any roof replacement be required.

If the BoS moves forward with the project, installation could potentially happen this summer, and the commission has mapped out a schedule that ensures any work that’s required would only be done when school isn’t in session and students aren’t present.

The Energy Commission considered two options to finance the project:  town-owned arrays or vendor-owned array requiring Wilton to purchase the solar-generated electricity. Based on a variety of factors, the option the commission chose to recommend was a power purchase agreement, or PPA.

Through a PPA, the solar arrays would be owned, installed and maintained by a solar vendor who would then sell solar generated electricity to the town for 20 years at fixed rates which are lower than current and expected electric rates. Wilton would have the option to purchase the arrays at the end of the 20-year agreement; if the town opted not to continue at the agreement’s end, the equipment would be removed at the vendor’s expense.

There were nine solar companies that submitted RFPs to the Energy Commission, which has had discussions with several of the vendors. While there were recommendations made to the BoS on vendors the commission preferred, a final choice will take place only when and if the BoS eventually votes to approve the project, after the selectmen hear from residents at the April 17 public hearing. Officials say a vendor would be selected based on bid price, expertise and financial viability.

Eversource awarded the town credits, making it possible for array installations on Miller-Driscoll and Middlebrook to move forward. Based on the two highest-ranked vendor bids, the commission has estimated the 20-year savings to hit as high as $1 million from panels at Miller-Driscoll, and up to $600,000 at Middlebrook. The town is in the process of applying for similar credits for the high school, and depending on the award level from Eversource and the vendor chosen by the BoS, savings there potentially could hit $700,000.

The potential 20-year savings in electricity costs to the town are impressive. We appreciate the hard work of the members of the Wilton Energy Commission–first, in obtaining the credits from Eversource, which make the project financially viable; and second, for the work the commission performed throughout the RFP process,” Vanderslice said.

However, while selectmen look favorably on the concept of pursuing the solar path, the decision on whether to proceed has yet to be made officially, and if so, which vendor to opt for. They’re hoping residents will weigh in at the public hearing on April 17, or at least send feedback via email.

“I encourage residents to attend the hearing or email in advance their questions or comments.  The selectmen appreciate receiving feedback and we certainly want to address questions,” Vanderslice said.

As of now, the BoS has scheduled the vote for their meeting on May 1, which would enable the project to proceed on a timeline that would see panels installed on both Miller-Driscoll and Middlebrook this summer and electricity to begin being generated by October 2017.

The public hearing on April 17 will be conducted before the BoS regular meeting scheduled for that evening. It will be held at Town Hall in meeting Room B, and will begin at 7:30 p.m..