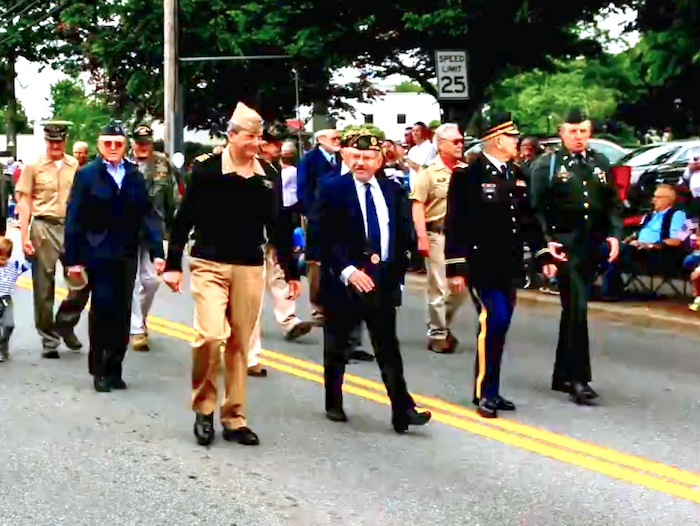 Wilton veterans and volunteers at the helm of planning the town’s annual events commemorating Memorial Day have made a difficult decision to cancel this year’s parade. However, that doesn’t mean that the nation’s heroes who made the ultimate sacrifice won’t be honored in Wilton–and organizers hope that Wilton residents will understand exactly why they decided to forgo the parade.

Central to the decision to cancel the parade is the question of how the Memorial Day parade and ceremony are planned, conducted and paid for. It’s a process that the planning committee members said is commonly misunderstood.

“The Town of Wilton has no direct responsibility, financial or planning, over the parade and ceremony. They relinquished this several years ago when local citizens came together and took this responsibility,” explained Tom Moore, Adjutant of Wilton’s American Legion Post 86, in a written statement he sent to GOOD Morning Wilton.

The committee typically begins planning events in February, and this year it was well before anyone could definitively predict in what direction the COVID-19 pandemic would head. Also uncertain were state and federal restrictions, with no way to predict what type of limits there would be on public gatherings.

Many of the honorees and veterans are in higher-risk age groups, and dozens of groups and organizations participate every year, including youth sports teams, scout troops, Ambler Farm, Wilton Library, Wilton Garden Club, Wilton High School‘s marching band, Wilton Democratic and Republican town committees, town and state officials, and more. There are hundreds of people who participate as well many more who attend as parade spectators.

As a result, the committee members “thought it prudent not to have a parade, for the safety of students and adults alike.”

What’s more, financing of the parade and ceremony is accomplished strictly through donations from Wilton businesses and citizens. There is no funding provided by the town. Planning requires that funding is sought early in the process, but without knowing for sure whether the parade would even happen meant the committee was unable to solicit donations.

That made it near impossible to proceed with a parade for 2021.

The organizers know that the public is disappointed about a second year without a parade. They also hope the public will be sympathetic to the people behind the decision who they say are doing their best.

“We spend many hours planning and setting up the parade, ceremony and those who volunteer or participate. This is done on our own time,” Moore’s statement read.

It’s something the committee hopes residents remember for next year. “When we start planning, if you see a request for donors, please give to the committee; you may also want to volunteer to help and understand we are all volunteers.”

Is it About a Parade? Or Those who Sacrificed…

Perhaps most important of all, the statement from the organizers reiterated what they hoped residents will consider about what the parade actually represents.

“Please remember one thing as we go one more year without a parade. The true purpose of Memorial Day is a day of remembrance, for those who have died in service to our country. We enjoy our parade as much as anyone, but we are here to think of comrades who have passed on, whether long ago or recently. Please keep them in your thoughts,” the statement noted.

So what does the committee have planned to memorialize Wilton’s heroes on Monday, May 31?

There will still be a Grand Marshal, Frank Dunn, and a guest speaker, Jim Newton.

Anyone interested in learning more about helping volunteers plan or fund future events should email the American Legion or call 203.918.3767.

Wilton Memorial Day Parade and Ceremony will Return for 2022