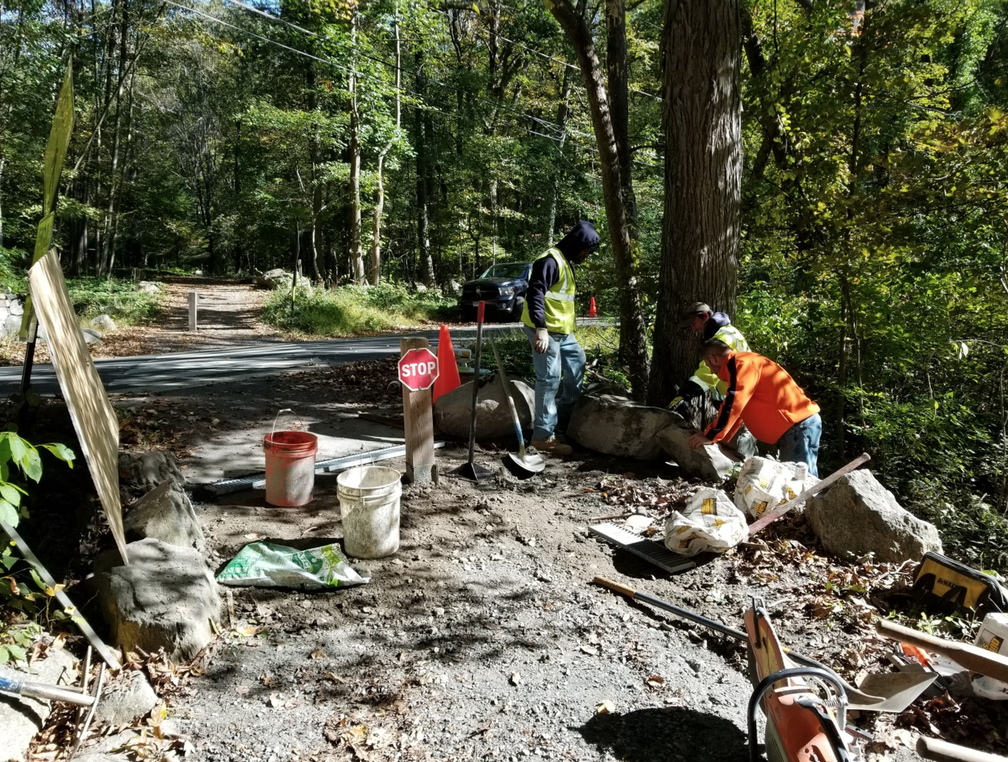 The unusually heavy downpours of the last month caused a hazardous washout on the Norwalk River Valley Trail (NRVT) in Wilton, just south of Raymond Lane.

“The NRVT’s trail builder, Timber & Stone, has constructed a beautiful trail that’s held up very well.  However, the tremendous downpours of last month triggered a deluge of water running off of Raymond Lane and onto the Trail,” explained Charlie Taney, NRVT’s executive director. “The deluge caused a washout and a significant drop off from the edge of the road to the Trail.  The end result is a hazardous situation where someone could trip and fall.”

Conte Construction was called in to repair the washout and install a steel trench drain between Raymond Lane and the Trail. The trench drain will safely direct streams of water away from the Trail, and into the adjoining woodland.

“The $2,000 cost for the repair was funded by the NRVT, which is responsible for maintaining the Trail.   The NRVT is fortunate to have the support of the Wilton community who generously supports the Trail through fundraisers such as the upcoming Annual Appeal,” Taney added.

According to Taney, the Wilton Loop of the NRVT is getting increasingly  heavy use by hikers, bikers, dog walkers and baby strollers, now up to over 6,000 counts per month according to the CT Trail Census.