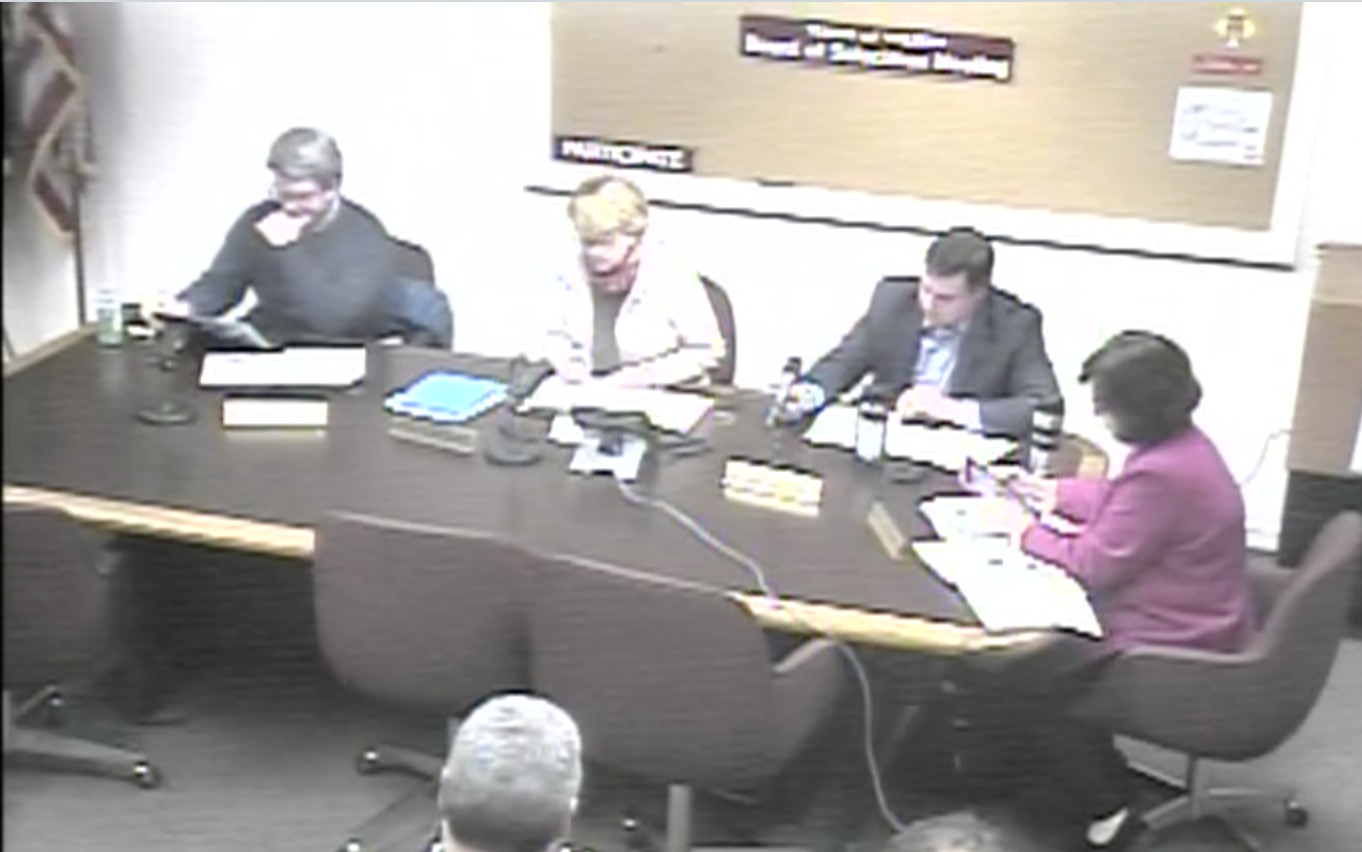 At Monday night’s Board of Selectmen‘s meeting, town officials addressed the recent revelation that Aquarion Water Company has applied to withdraw up to one million gallons of water a day from a company well in Wilton. News of the plan was first reported in GOOD Morning Wilton.

First Selectwoman Lynne Vanderslice led off the meeting with discussion about the issue.

“This is a great matter of concern, for myself, for the town employees that are involved, for the neighbors, residents and community. Town staff and town counsel, we’re all giving this our full attention, I want everyone to know that. It’s critical that we have a full understanding of the situation.”

Vanderslice said that the town is in “the first phase,” and gathering information. Officials have also started working with Bercham and Moses attorney Stephen Studer, who has significant experience working on behalf of towns that face water utilities looking to divert water from within their borders. In addition the town is engaging engineering and environmental experts who are experienced with the type of application Aquarion has filed.

Studer provided a timeline of how the State Department of Energy and Environmental Protection (CT–DEEP) will handle Aquarion’s application, to allow town officials to understand what Vanderslice called “critical milestones.” (The letter has been made available to the public on the town website, and can also be accessed here):

Vanderslice said when additional information becomes available, it will continue to be shared via the town website link.

Town officials will meet this morning (Wednesday, Oct. 24) with Studer and town counsel Ira Bloom to begin planning a response. In addition, they’ve scheduled a meeting with representatives from Aquarion for the first week of November.

“I’ll be reporting back at the first meeting in November and I hope to have a lot more facts,” Vanderslice said.

She described the timeline for next steps:

Vanderslice explained that while the majority of meetings in the public hearing process would be held in Hartford, DEEP would be required to schedule one meeting in Wilton, to take place in the evening, to give Wilton residents “a  fair opportunity to attend and comment.”

Vanderslice and the other two commission chairs would be officially designated ex-officio parties, giving Wilton’s town officials full participation rights in the hearing.

The hearing officer would have 120 to render a decision–however, if no decision is rendered during that period, the application is automatically granted.

That last detail was one that didn’t make those at the Board of Selectmen’s meeting happy. “Thank you, State of Connecticut,” Vanderslice said, with a clear touch of sarcasm.

“There’s bad news and there’s good news. The good news is we have time and the public has time to prepare appropriate submittals, to get our experts, to gather together like-minded people. We’ve got time to do that,” she added, reiterating that if the state opts not to hold a hearing, “we can force the hearing. The good news is the Town has official status during that hearing.”

Vanderslice acknowledged that not everyone may agree that Aquarion’s plan is concerning or a potential problem. She said officials would be reaching out to residents, especially those living closest to the well.

She encouraged concerned residents to begin to organize.

“Start to get together. There’s a group of people who have been on Facebook. There may not be agreement between residents on this. I can’t imagine, but it’s just important residents begin to start talking to one another and talk to people who have the same concerns.”

Aquarion has made the complete application available to view online.

She noted that in 2013, the state asked for an additional survey to assess the water draw capability of the area where the well is located–something that would support any potential objection the town will have to Aquarion’s plan.

“The state asked for additional information because the state had some concerns. Thank goodness, there’s that little light there.”

*Editor’s Note:  Vanderslice originally said 120 days at the meeting, but later notified GMW that the time period is actually 180 days.