Nick Davatzes, 79, husband of Dorothea “Dorie” Hayes Davatzes of Wilton, passed away peacefully with family by his side on Saturday, Aug. 21, 2021. Nick was born in New York, New York on March 14, 1942, to the late George and Alexandra (Kordes) Davatzes. After graduating from Bryant High School in Queens, NY in 1958 (at the age of 16), he attended St. John’s University where he met his lifelong love, Dorie. He received a Bachelor of Arts in Economics in 1962 and a Master of Arts in Sociology in 1964. Upon finishing his collegiate studies, he volunteered for the U.S. Marine Corps, where he served in both an active and reserve capacity until 1970.

He married Dorie in 1968 and landed his first job with Xerox in Lansdale, PA. Within two years, he was transferred to Stamford and purchased his first house in Wilton, beginning his 50-plus year residence there. After 15 years at Xerox, he decided to change paths and took a job in the communication industry with Warner Cable, working in New York City. He stayed at Warner Cable until 1983, when he was asked to lead a new cable television network called the Arts & Entertainment channel. As President and CEO of Arts & Entertainment Networks from 1983 to 2005, Nick presided over the launch of the History Channel, Biography Channel, History International, the Military History Channel, History Channel en español, Crime & Investigation Network, and other domestic and international ventures. He retired in 2005 and was inducted into the Cable Television Hall of Fame.

Over his business career, he received many awards and accolades, notably the Heritage Award (1989) from the U.S. Marine Corps Historical Foundation; Chevalier de Arts et Lettres (1989) from the French National Government; Honorary Doctorate of Commercial Sciences Degree (1995) from St. John’s University, where he served on the Board of Trustees; Hellenic Heritage Achievement Award (2000) from the American Hellenic Institute; Vanguard Award for Distinguished Leadership (2003) from the National Cable Television Association; Phi Kappa Tau Hall of Fame Inductee (2006); Medal of Honor (2012) from St. John’s University; Bresnan Business Ethics in Business Award (2014) from the Cable Center; and the National Humanities Medal (2006) presented by President George W. Bush in an Oval Office ceremony.

In his retirement, Nick founded the Davatzes Family Foundation, aligning with his passion for education and community. He served on many Wilton committees, including the Economic Development Commission and the Wilton Library Association Board of Trustees, where he founded the Wilton Library Association Endowment Fund. He was a devoted supporter of his family, between soccer games, music performances, and pizza dinners in Wilton and Jenkintown, PA. His favorite afternoons were spent taking care of his roses and hydrangeas, cheering on St. John’s basketball, and enjoying watching his kids and grandkids play in the backyard.

Donations can be made in memory of Nick Davatzes to the Wilton Library Association Endowment Fund, 137 Old Ridgefield Road, Wilton, CT, 06897 or on the Wilton Library website. Please visit the Raymond Funeral Home website to leave an online condolence for the family.

Wilton Library Officials: Davatzes was a Leader who Left a Legacy for Wilton

Elaine Tai-Lauria, WLA – Executive Director: “Nick was and will always be very special to us here at Wilton Library. During my very first conversation with him, he said ‘Libraries are absolutely essential, they are one of the pillars of democracy!’ Then and there, I decided I was going to recruit him for our library board. He was truly a powerful personality who left a tremendous legacy for our library, our town, and indeed the World. Future generations will continue to benefit from his vision, leadership, mentorship, and generosity. It was a privilege to know him, work with him, and to call him a friend.”

Rob Sanders, Board of Trustees President: “Nick was certainly one of the Library’s greats. He helped to secure our library’s role in opening doors to a variety of cultural and intellectual activities.”

Michele Klink, Board of Trustees Past President: “Nick recognized Wilton Library’s importance in our community so he made it his mission to help build the WLA Endowment Fund and in just three years he grew the fund five-fold. We are so grateful for all he has done.”

Mike Boswood, Board of Trustees Treasurer: “Nick was a great man. He understood the importance of maintaining and growing the library as a cultural institution with the financial underpinnings to ensure that it continued to thrive in the future. The best way we can honor his efforts and his contribution is to continue them.”

Kit Smith, WLA Endowment Committee Co-Chair: “Nick believed Wilton Library was an essential part of the Wilton community because of all the programs that take place here. He worked diligently to increase the size of the library’s endowment to make sure all the wonderful programs would continue no matter what. He always used the following quote: ‘Bad libraries build collections, good libraries build services and great libraries build communities’ (R. David Lankes) to make his point that the Wilton Library was a great library and he wanted to keep it that way.”

Teresa DiLorenzo-Waldron, Board of Trustees Vice President: “Nick was one of my favorite people. We had many discussions about philanthropy, purpose, ethics, and of course basketball. He will always be someone to emulate for me.” 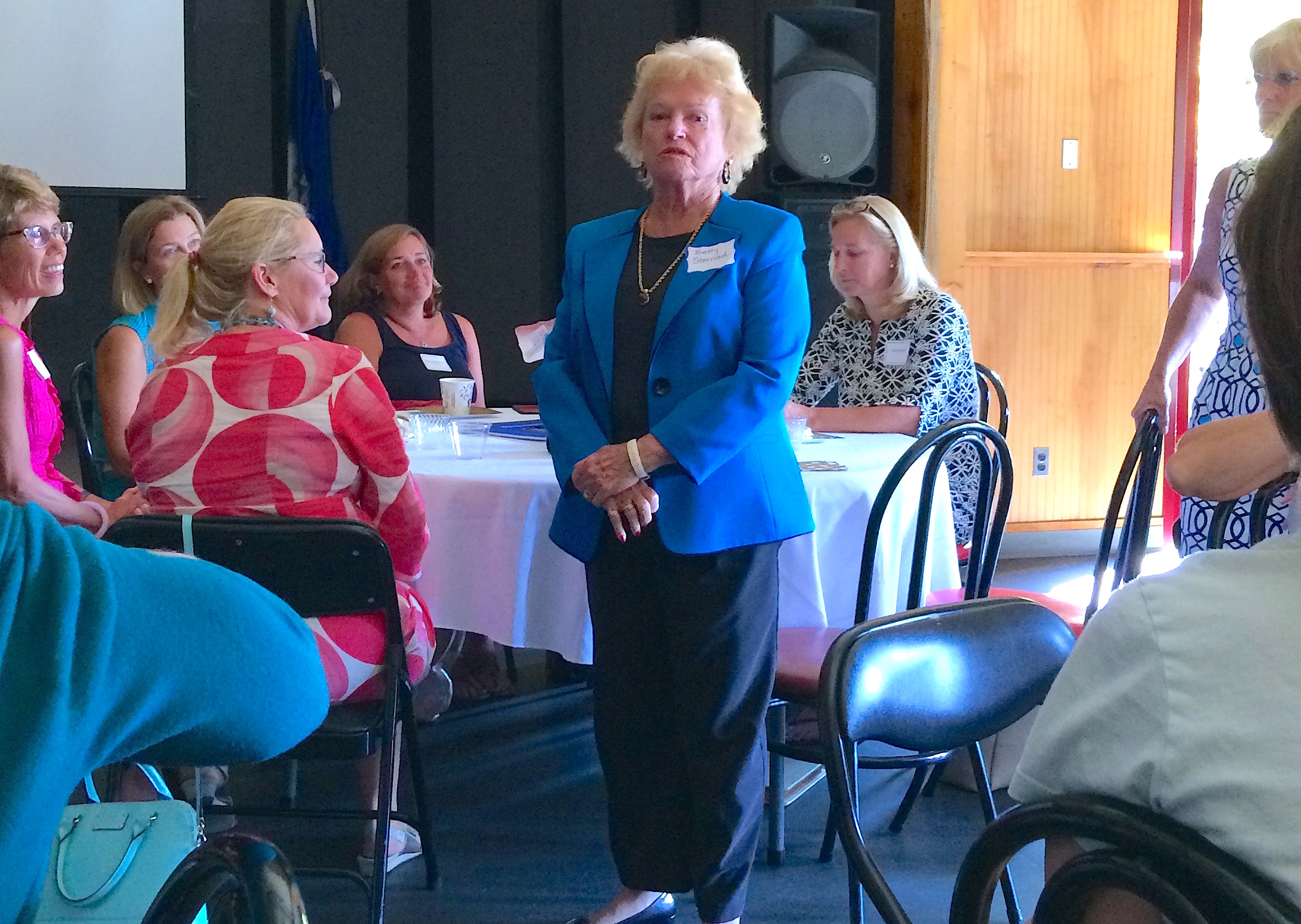