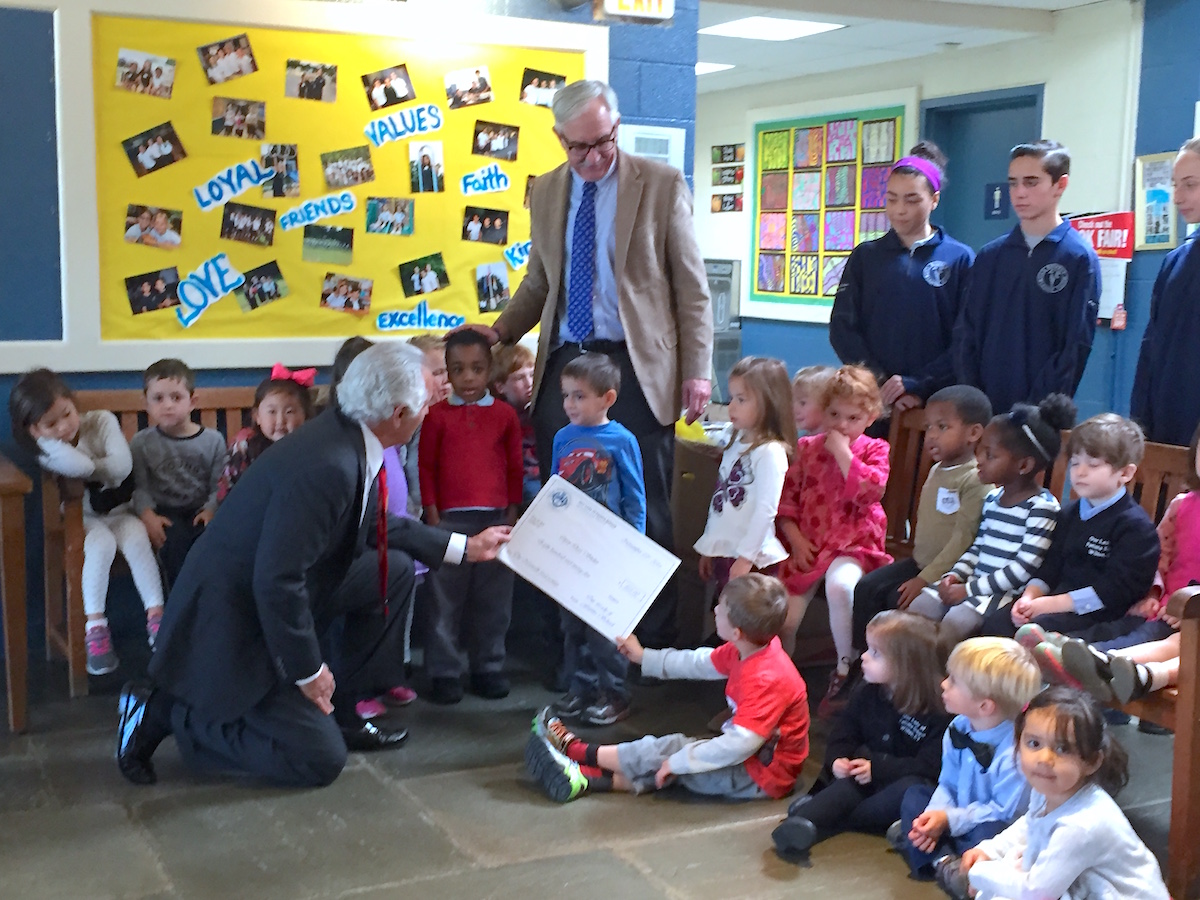 Our Lady of Fatima School Wilton’s recent Saints Walkathon was an overwhelming success, say school officials–so much so that the school community gathered together last week to present a portion of the proceeds to two local food banks. All told, the students raised more than $16,000, and 10-percent of the proceeds will be split between the Wilton Food Pantry (as part of Wilton Social Services) and the Open Door Shelter in Norwalk.

In mid-October, hundreds of walkers, including students, staff, parents, families and parishioners participated in the 4th Annual Saints Walkathon by circling on a 1.2 mile course around the OLF school and grounds. Because of Fatima’s objective of “Service Above Self,” the school encourages support of both the school and the community.

“That’s why we felt it was vital to donate a portion of the proceeds to local food banks,” explained Joanne Salageanu, the event’s chairperson.

Representatives from both donation recipients were present at the school last Wednesday, Nov. 23, and were presented with checks as well as supplies collected over the course of several weeks by OLF students. “They are so excited to be able to help out the communities, which have supported us over the years. It is especially important during the holiday season, which can be so difficult for struggling families,” said Our Lady of Fatima School Wilton’s principal, Stan Steele.

One of the enticements that might have motivated the students to surpass their original $15,000 fundraising goal was the promise that Steele and OLF Pastor Reggie Norman would don chicken costumes and perform the chicken dance during two lunch periods in October. They worked hard enough to reach $16,000+ and the two school community leaders made good on their promise.