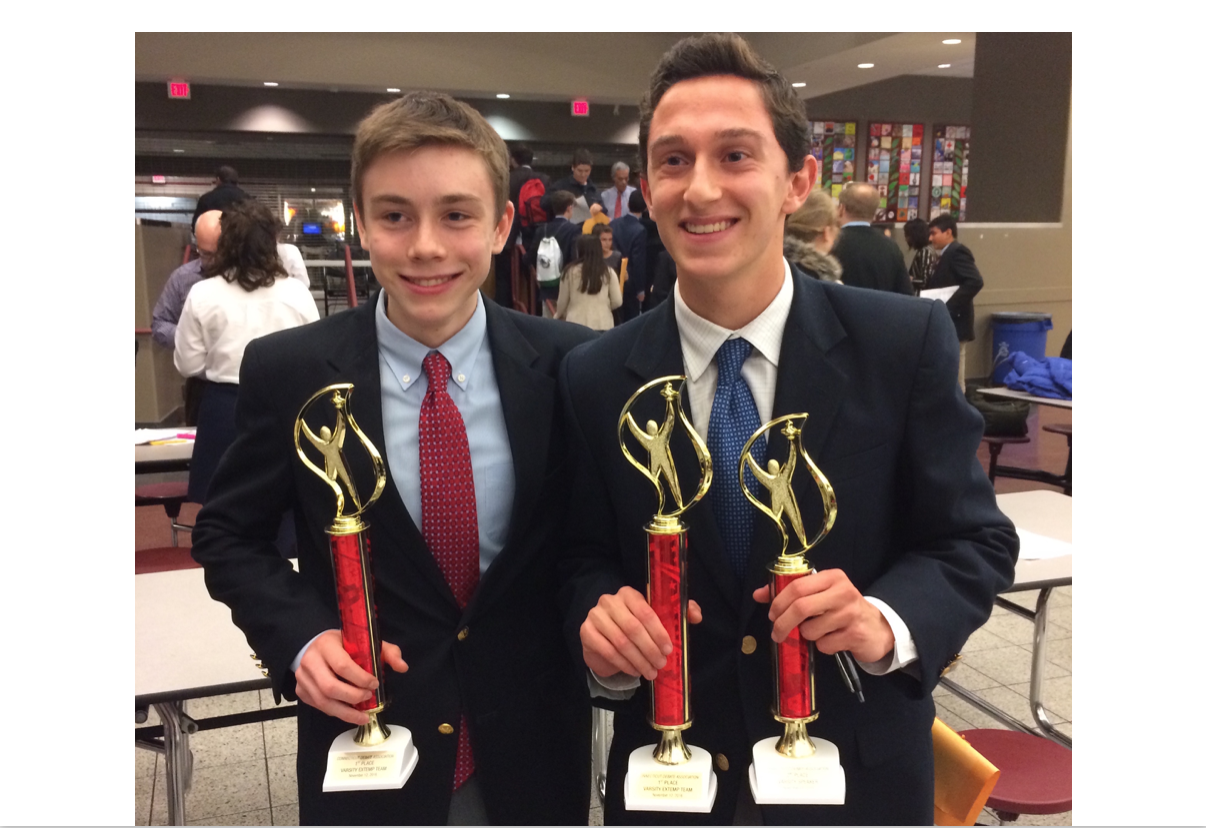 The Wilton High School Debate Team certainly had something to be thankful about this past month.

On Saturday, Nov. 12, WHS sent 21 debaters to New Canaan High School for a local competition in the Connecticut Debate Association (CDA) style. This style of debate has students competing three rounds before a Final Round between the two highest-ranked varsity teams.

The topic in question revolved around the controversial Dakota Access Pipeline, with the resolution stating that, “…the Dakota Access Pipeline should not be built.” After three intense rounds of debating, Wilton juniors Cameron Berg and Michael Wallace went toe-to-toe against a team of seniors from Joel Barlow High School in the Final Round. In a 2-1 decision, Wilton took home first place.

But the Debate Team’s winning streak didn’t end there. Berg also earned a second-place speaker award in the varsity division, and the novice team of freshmen Jake Zeyher and Jubair Huq won all three of their rounds. If that team goes undefeated at the next CDA debate, they will qualify for the novice division of the Connecticut Debate Association’s State Finals tournament. Only two months into the seven-month season, the Debate Team has already qualified ten debaters for the State Finals tournament, and co-captains, senior Stephanie Xie and Wallace, hope to qualify many more.

The Wilton Debate Team meets on Thursday evenings from 7-8 p.m. at Wilton High School. For more information, contact the team via email or visit their website.