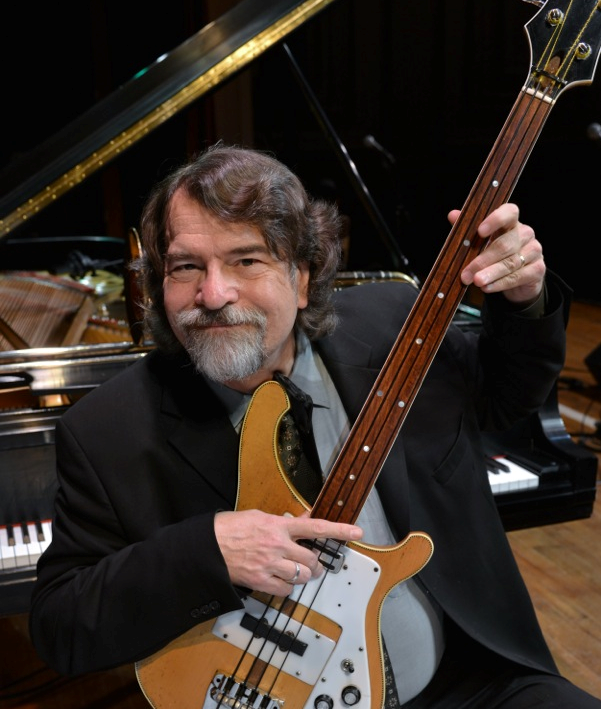 Musician Chris Brubeck brightens up a midweek night when he performs in a special concert for Wilton Library’s Hot & Cool: Jazz at the Brubeck Room on Wednesday, Dec. 4, from 7 to 8:30 p.m.  The concert, Chris Brubeck and the French Connection, brings Brubeck together with saxophonist Guillaume Saint-James and Didier Ithurssary on accordion.

Brubeck remarked, “Guillaume is one of France’s leading saxophonists and composers and Didier is the hippest accordion player you’ll ever hear – think Herbie Hancock, not Lawrence Welk!”

The trio will be joined on stage by an American rhythm section comprised of two well-respected musicians on the New York jazz scene – Thierry Arpino on drums and Geoffrey Morrow on bass.  The group will be creating jazz with a decidedly international flavor performing standards and original compositions.

A serendipitous moment occurred when Brubeck and Saint-James played in France last year.  A question from the audience led the two musicians to realize their fathers were both in the area of Normandy during the Summer of 1944 – the year of the Allied Liberation of France.  One father was a young American GI who had a love for jazz; the other was a French teenager who learned the music from American forces. Mr. Robert Tate, Cultural Attaché from the US Consulate in France was in the audience of that fateful concert and suggested that Brubeck and Saint-James co-write a symphonic piece to honor their fathers’ generation and to commemorate the Allied Liberation of France.  That was the inspiration for their new work, “Brothers in Arms – 70 Years of Liberty” which will premiere in France in June 2014.

The audience for the Hot & Cool concert will hear selections from this innovative international collaboration, which will be presented the next night as part of a special performance at the United Nations.

Hot & Cool concerts are funded by the William and Karen Tell Foundation with special thanks to Ed and Catherine Romer and Chris and Tish Brubeck.  A reception follows the concert.  There is a suggested donation of $10 per person. Pre-registrants should arrive by 6:50 p.m. to be guaranteed seating.  Waitlisted and walk-ins will be admitted after 6:50 if seats are available.

Wilton Library is located at 137 Old Ridgefield Road in the heart of Wilton Center.  For information, directions or to register, visit www.wiltonlibrary.org and click on “Events” or call 203-762-3950, ext. 213.