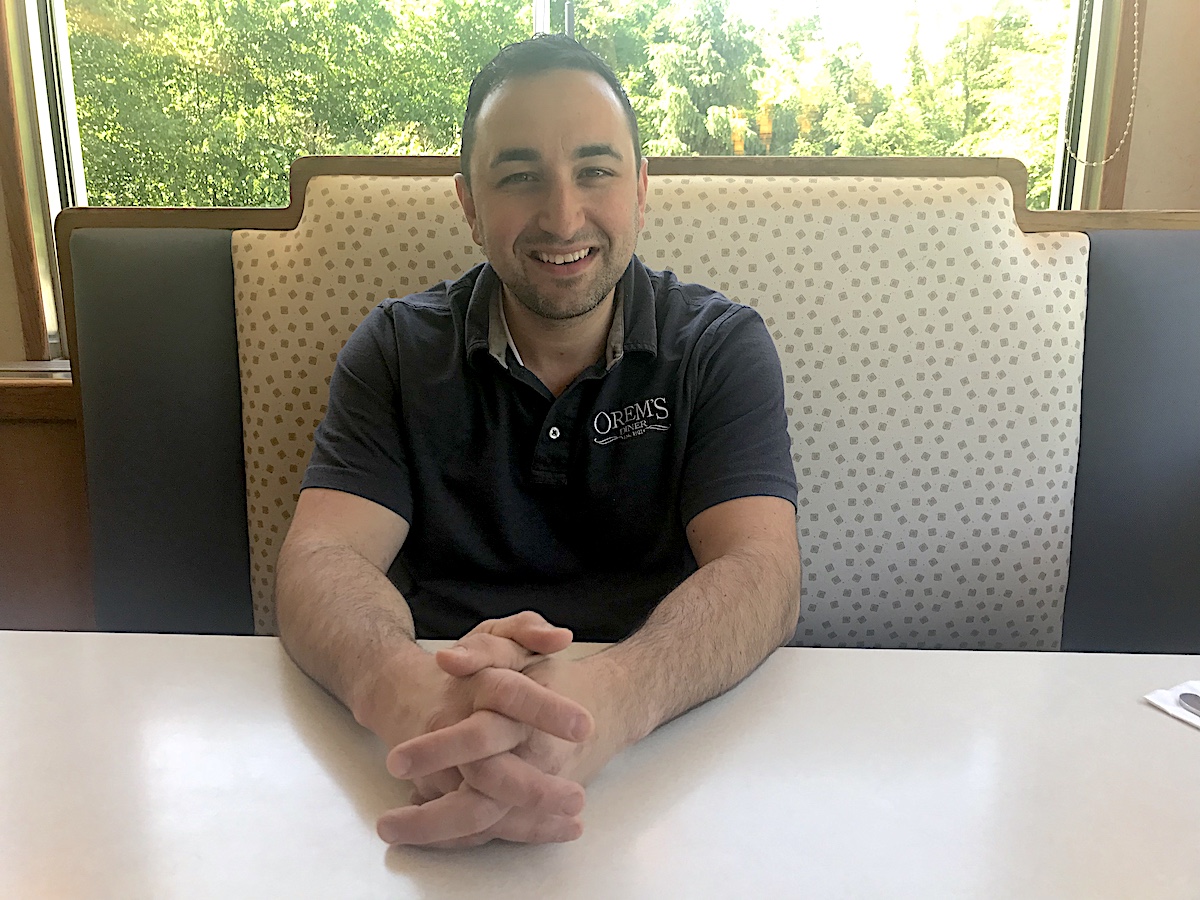 Perhaps one of the most defining rites of passage for a Wiltonian is lounging deep in one of the beige, patterned booths and ordering a milkshake at Orem’s Diner. Standing tall at 167 Danbury Rd. stands, this cozy Wilton landmark encloses 98 years of memories, history and, of course, their iconic thick and tasty fries.

With history just as deep as every stack of pancakes, fostering this sense of familiar comfort did not happen overnight.

Orem’s Diner opened its doors in April 1921 when Mr. Charles H. Orem decided to expand his ice cream and dairy business to include a deli. The original diner sat on 26 acres of land about half a mile north of its current location; a parcel that also held a baseball field, an accompanying grand stand, and a herd of dairy cows that, according to the Orem’s website, “occasionally ventured onto the playing field, leaving slippery evidence of their visits.”

Orem’s cemented its place into the fabric of Wilton’s identity right from the start that first year, holding a field day at the end of the 1921 school year that hosted over 500 people, the 4th of July fireworks, and a baseball league that lasted into the early 40’s. It was the place of origin for the Wilton Athletic Club, and even the Volunteer Fire Department, which is said to have developed from a conversation fueled by Orem’s coffee.

The eatery survived many local and global challenges, including the Great Depression, World War II, Wilton’s devastating flood of 1955, the widening of Route 7, and a fire in 1970, and grew stronger overcoming each hurdle. Now, even on the quietest days of the week Orem’s welcomes an estimated 500 people from 6 a.m. to midnight. That number can climb past 1000 people on the weekends.

Today, Orem’s is owned and run by the Papanikolaou family. Demetri Papanikolaou, a second generation owner of the beloved diner, took over the majority of the business operations from his father after the diner’s relocation in 2003, though he concedes his father is still very much ‘the boss’. The Papanikolaous have owned Orem’s Diner for 38 years, the longest period of any of the previous owners, including Charles Orem himself.

Demetri’s father, Vasilios “Billy” Papanikolaou, grew up in Greece, where he met his future wife and served in the Greek Army before moving to the U.S. in 1972.

Upon the move, Vasilios “worked his way up from the bottom” in the diner industry, as Demetri puts it.

“He started washing dishes, and then became a cook. Then at one point he decided that he had a family and wanted to do better for himself,” Demetri remarks. After passing the diner on his route to work one day and coming in a few times, he knew that was his future business.

Demetri‘s father and uncle purchased the diner in 1980, after saving up money for months. “It was smaller, the original Orem’s diner, kind of like a little house,” Demetri adds. On special occasions when he was growing up his family would all come out to eat at the diner, but it wasn’t until he was 12 that he came to help alongside his dad regularly, doing anything from assisting the cooks in washing dishes and making potatoes to simply hanging out.

When he turned 16 Demetri was allowed to start working at the diner. He worked all through the rest of high school and, even when attending UConn for his undergraduate degree, would come back most weekends.

“When I graduated, I came back to the diner to try to figure out what I wanted to do,” Demetri reflects. This was around the same time as the widening of Route 7, so he agreed to stay for a bit and help his dad understand everything. “I have been helping out ever since!” Demetri adds with a big smile.

Sure enough, the move was successful, and soon his father bought out Demetri’s uncle. With Demetri’s help, the diner made the new large venue feel like a home. Just last Sunday, June 9, 2019, was the new location’s Sweet 16, an anniversary from the move in 2003.

Demetri now lives in Easton, CT, though he remarks, “I am as much at home in Wilton as in Easton.” He continues to love maintaining this family diner, and he’s excited to come to work every day. “It’s challenging and satisfying work. Every day I go home, proud of what happens that day. It’s always satisfying to go home and know you created a lot of happy customers.”

“I always ask everyone at the door, ‘how was everything’, and though people may think its kind of cliche, I ask [because] I really want to know.” If there’s a problem Demetri will spend all night thinking about it until he figures out how to rectify it.

“This is my family’s business, this is my livelihood, I’m second generation… I really do care about this place.”

Orem’s is, in every way, a family business, run for the enjoyment and benefit of the community. From being one of the first large local businesses to sign on to Wilton Go Green’s “Skip the Straw” campaign, hosting the Survivors Dinner for the American Cancer Society, to supporting the Wilton library, the Wilton historical society, and countless athletic teams in Wilton and Weston, Orem’s is not only active in supporting the community from within, but on the outside as well.

“Our arms are always open” Demetri says. “Wherever my customers are I’ll support them.”

From the Wilton Soccer magnet on the milkshake machine, to the trophies on the shelf behind the cash register, to the countless pictures and Christmas cards of a smiling family on the wall, Orem’s has become the dependable dining spot for any celebration, gathering, or meeting. The go-to spot for a family brunch, the traditional location for young Wilton actors to celebrate after a performance, a haven for those guilty pleasure pancake cravings, or a nice place to wind down with friends, Orem’s impact on the town is simply indisputable.