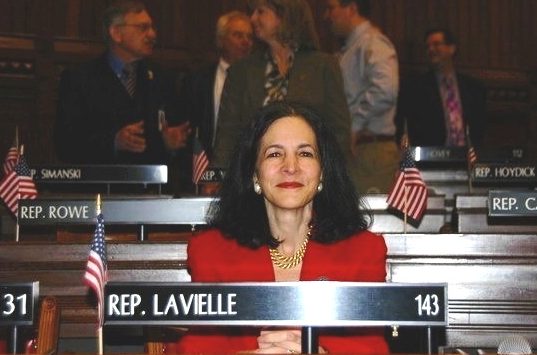 Yesterday, GOOD Morning Wilton published a letter from a resident thanking State Rep. Gail Lavielle for her work to block school regionalization during the 2019 legislative session. Today, Lavielle has her own take on who made it happen–the residents themselves.

While the 2019 legislative session in Hartford featured a litany of controversial issues, none of them touched a nerve like the multiple proposals to regionalize Connecticut’s schools.

Yet when the session ended at midnight on June 5, not a single school regionalization bill survived—not even a meek legislative attempt to study the issue. Considering that all the bills were offered by members of the majority party, which controls the governor’s office and both legislative chambers, this is somewhat remarkable. How did it happen? The answer:  there’s nothing like the power of the public when it stands up for itself and prevails.

From the outset, the public’s reaction to the bills was visceral. The widespread anger and deep concern crossed party lines, bringing entire communities together in their active opposition. Residents of Wilton and several other Fairfield County towns, many of whom had never before written to me, flooded my email box after I sounded the alarm in the session’s first Education Committee meeting. Other legislators had the same experience. It was clear right away that this wasn’t just any issue. And almost immediately, people organized.

Let’s be clear. My colleagues and I exposed the problem, provided information, and vocally opposed the bills in Hartford, but without question the hero was the public. Mayors and first selectmen and boards of education joined in with strong opposition statements, and when it was clear that residents of all political affiliations were united in their outrage, majority party legislators representing sensitive districts stated their opposition. But it was the emails, the phone calls, the rallies, the Facebook page, the thousands of written testimonies submitted to legislative committees, and the heartfelt, in-person testimonies from people who had traveled specially to Hartford that made the difference.

Everyone who participated in these efforts should be very proud, and you deserve great respect for your effort and commitment. That’s why it was so disappointing to hear members of the majority party insist that these proposals were not serious, not real, just something to throw against the wall to see if it would stick. This diminishes your hard work, shows disrespect for your concerns, and suggests that making constituents lose sleep just for the heck of it doesn’t bother certain government officials. And most important, what they’ve said is just not true.

When the governor, the Senate President Pro Tempore, and the Senate Majority Leader each introduces a different bill on the same subject, and the bills are raised by both the legislature’s Planning and Development Committee and Education Committee, it’s hard to believe that the intent isn’t serious. Add to that Governor Lamont’s insistence in his original budget documents on “redistricting and consolidation” and the corresponding recommendations by his transition team, and it’s clear that forcing school regionalization was a very real goal.

While mandated regionalization proposals have been around for at least a decade and have many supporters among majority legislators, this year was the first time they focused on schools. Proponents are serious about mandated regionalization, and the concept will be back eventually. I suspect, however, that any involvement of schools will be approached very cautiously. The credit for that goes to all of you who fought the battle in the trenches. I’m very proud to represent you, and you have my thanks.

State Representative Gail Lavielle represents the 143rd House district. She is Ranking Member of the legislature’s Appropriations Committee and a member of the Education and Transportation Committees.