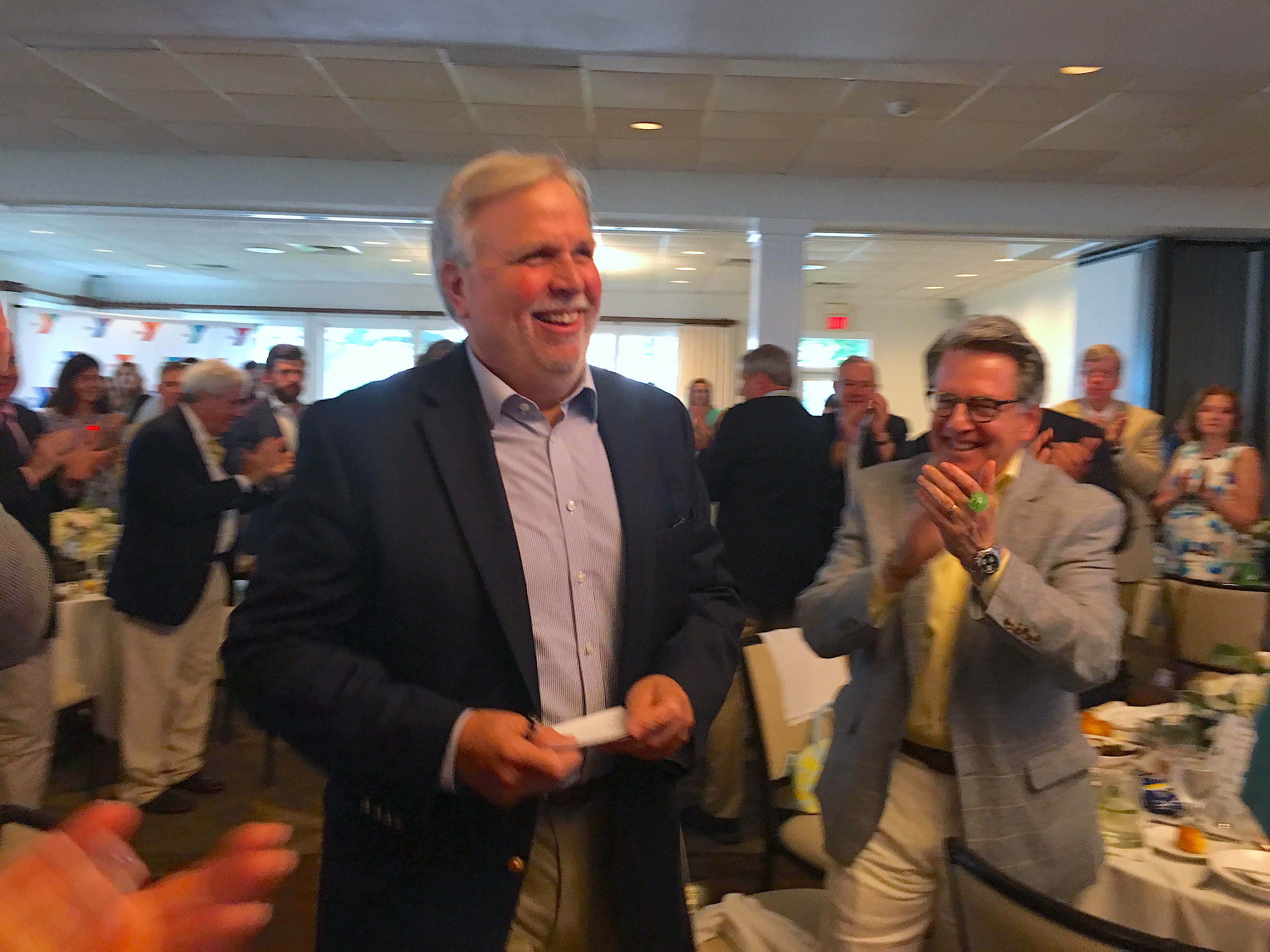 Sunday afternoon’s gorgeous weather allowed a beautiful setting at Shore and Country Club to set the scene for the Wilton Family YMCA’s 2019 Annual Community Celebration. There, 200 people gathered to help raise funds to support the Y’s mission on behalf of the Wilton and Norwalk community as well as recognize Wilton resident Patrick Russo as this year’s YMCA Distinguished Citizen for his contributions to the community.

Russo was introduced to the attendees by Fairfield County Bank vice president Carol Johnson, who talked about Russo’s service to Wilton since Russo moved to Wilton in 1996, noting that, “Pat is a devoted and dedicated community volunteer. His service covers a vast array of organizations,” among them Our Lady of Fatima, Homefront, and Wilton Social Services, which Johnson says “has Pat on speed dial, knowing that he is always willing to help a neighbor in need.”

Johnson detailed Russo’s significant involvement as a member of the Wilton Rotary Club, where he served as president and received several award, including Paul Harris Fellow, Rotarian of the Year, Governor’s Citation and Norman King Parsells
Memorial Award. Russo chairs the Rotary Club’s biggest fundraiser, the Annual September Carnival, and spearheads the Senior Fire Protection Program, overseeing the yearly installation of over 500 smoke and carbon monoxide detectors in the homes
of Wilton seniors.

Russo has served as president and director of the Wilton Chamber of Commerce, and has been a member of the Wilton Community Emergency Response Team (CERT) since 2005. Since he began with CERT, Russo has trained over 300 Wilton citizens in emergency preparation skills. He has completed over 250 emergency and planned deployments to assist  Wilton Police and Firefighters, as well as providing mutual aid to neighboring communities. Russo has led successful public/private
fundraising campaigns to purchase two emergency vehicles and a mobile command trailer for use by CERT and Wilton Emergency Services. Wilton’s 118 trained CERT professionals have been recognized by the State of Connecticut Department of Emergency Management Services as a model organization for other CERT groups. In 2018, Russo was honored with the Automobile Association of America’s “Public Safety Award for Service to the Community.”

“As you can see from this comprehensive list of commitments, Pat is an indefatigable volunteer,” Johnson said, adding, “He personifies philanthropy and he embodies the spirit of altruism.”

Russo was presented with a proclamation by State Rep. Gail Lavielle.