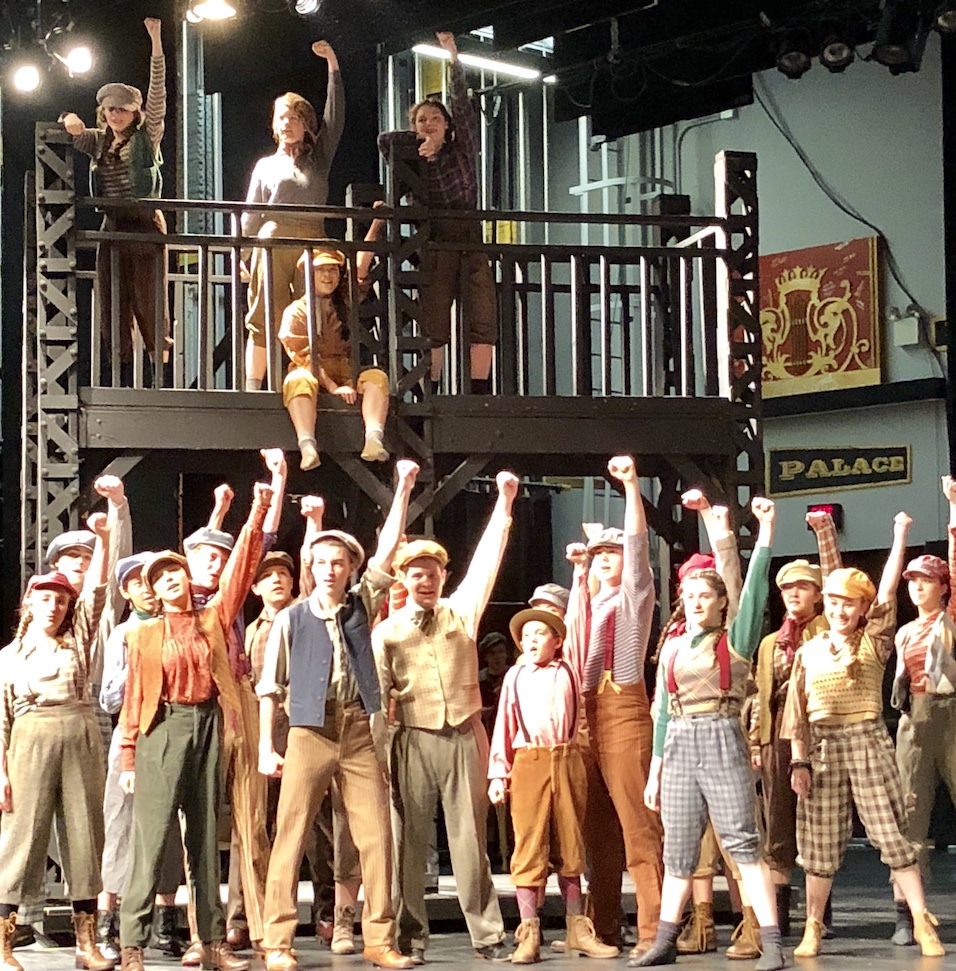 At what is hailed as “the most prestigious high school theater awards event in the state,” Wilton High School took home two of the biggest awards of the evening on Monday, June 3.

The awards, which are considered the Tonys of high school theater, were presented at the Palace Theater in Waterbury. This year over 60 schools participated in the red carpet event with students attending in black tie formalwear. Wilton’s Newsies cast performed at the show, and swarmed the stage when the Best Musical category award was announced as the last award.