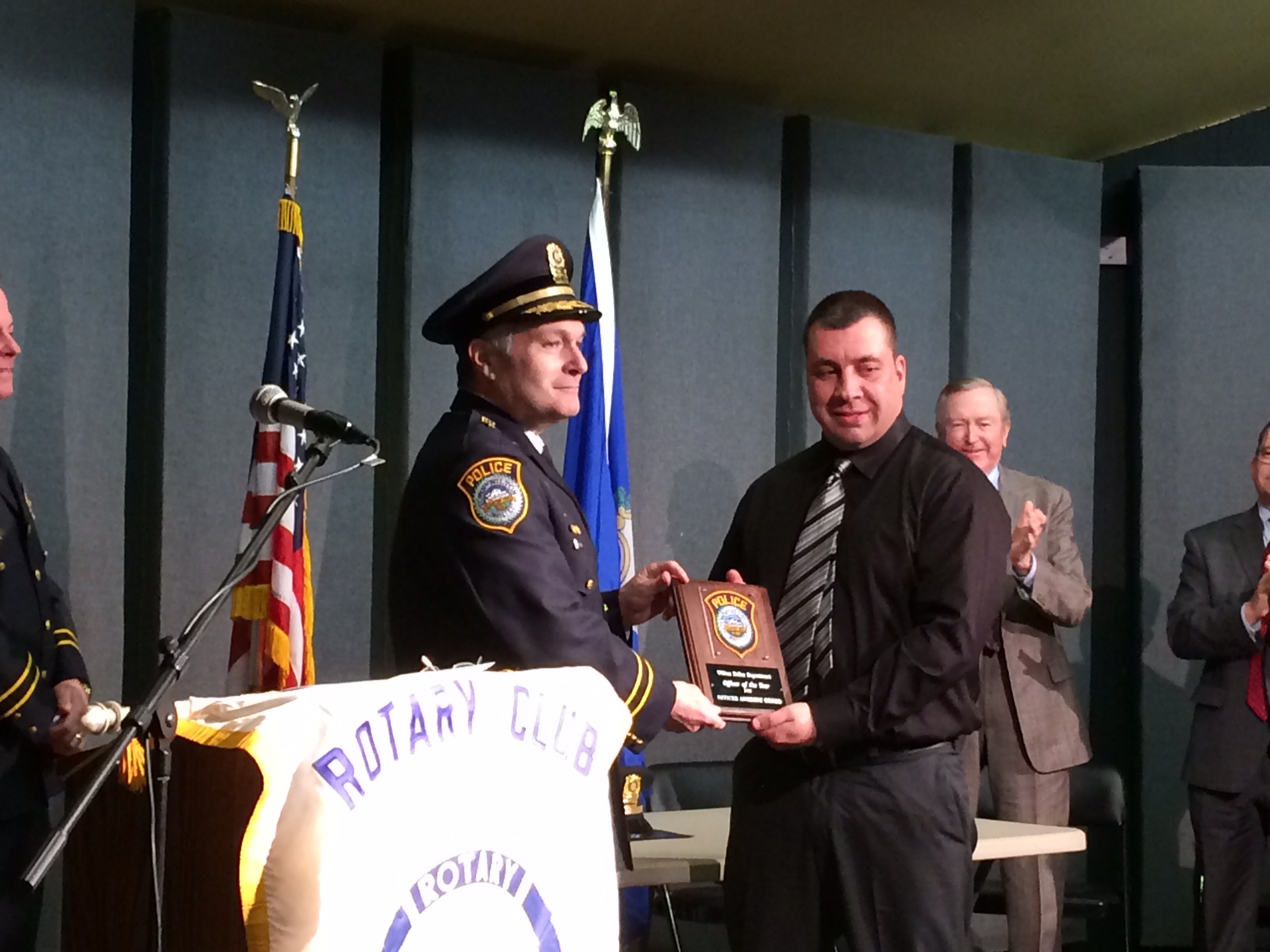 Officer Anthony Cocco was named recipient of the Officer of the Year award at yesterday’s Police Awards ceremony. During the event, other officers were presented with letters of commendation and awards for various achievements and life saving efforts shown during the last year.

In speaking to the crown, first selectman Bill Brennan referenced what he called a “tough year” for the town’s police force–more than one officer was injured in the line of duty, and statistics “That is something that I don’t think all of our town appreciates sometimes. That our police force always provides the safety, even if it requires the time and effort of other officers who are able to serve while other officers recover.”

The ceremony was sponsored by the Wilton Rotary Club. whose president Paul Burnham, said that after years of public service by both him and his wife, “Neither of us can remember having heard anything but praise for our police department and the efforts and performance of you and your colleagues. The number of comments we have heard about how lucky we are to have you protecting us and our town are staggeringly large. [For] your willingness to help us in times of need, we thank you.”