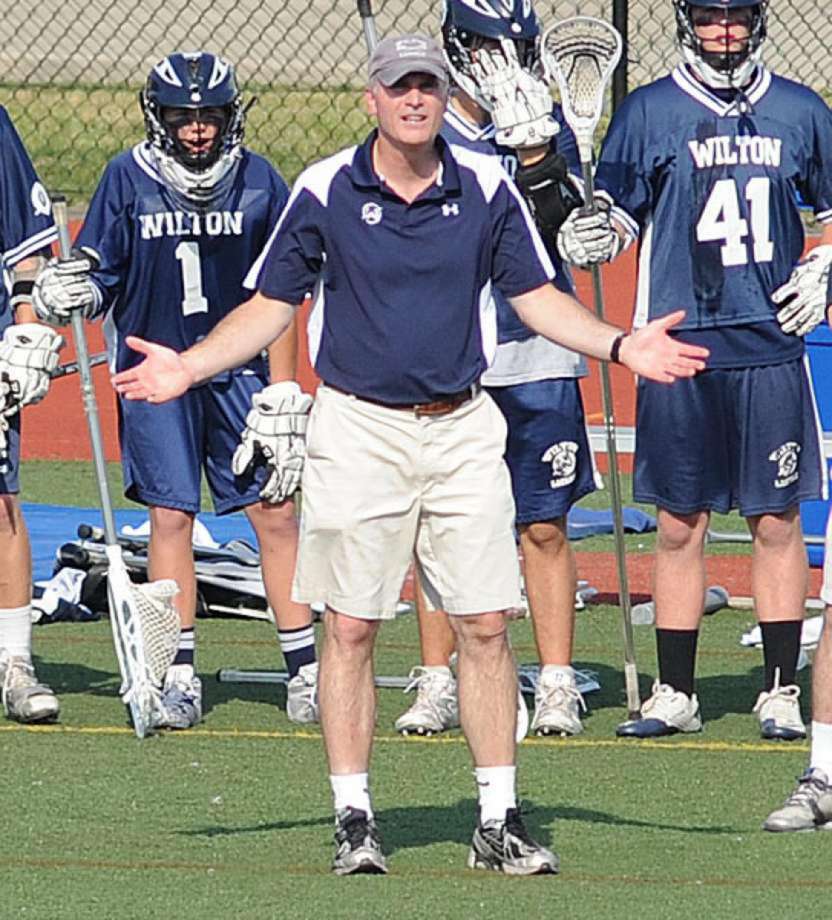 Steve Pearsall likely can’t recall when he wasn’t involved with lacrosse. Pearsall, a native of Long Island, has played the sport since he was 12 years old. At Notre Dame, he played attack all four years, and was captain his senior year.

When he arrived in Wilton 25 years ago, Pearsall jumped right in with youth sports. He was first involved with Wilton Youth Football and also played a key role in launching the Wilton Basketball Association.

In addition to coaching youth lacrosse, for about two decades, Pearsall joined the Wilton High School Lacrosse program 10 years ago when John Wiseman was hired as head coach. As Wiseman’s assistant coach and offensive coordinator, Pearsall helped steer the Wilton Warriors to a record of 129-73. The team reached the FCIAC semifinals six times and the state finals three times. They were also state champions in 2011 and 2013.

When Wiseman announced he was stepping down last season, he went on record with WHS athletic director Chris McDougal and to media reporters on who he wanted to coach the team next.

McDougal posted the job in-house and interviewed three candidates for the position. Pearsall was the unanimous choice of the search committee, capturing Wiseman’s exact sentiment.

Pearsall was thrilled with the opportunity and is keenly focused on the program’s goals this year–to get to both the FCIAC snd state tournament championship games and win them. While he admits they are ambitious goals, he also believes the Warriors have the work ethic that’s needed to succeed.

The Warriors will be tested by a challenging schedule this spring and that’s deliberate. “We have always tried to schedule tough out-of-conference opponents, adding to the strong opponents we face in the FCIAC,” explains Pearsall. “The kids want to play the best possible competition, but our planning for this kind of season is so we can get ready for the ‘second season,’ the playoffs.”

While the Warriors opened their season with a decisive 16-2 win over Stamford, the following three games–against FCIAC stalwarts New Canaan and Greenwich, and out-of-conference powerhouse John Jay (NY)–have been tightly contested. The team has come up short each time by just one goal, and twice in overtime.

“While I’m certainly not satisfied with our our current record (1-3), and nor do I like it, I believe we’re starting to get it together,” says Pearsall. “We had a great game against New Canaan, for example. That’s a top, very talented team, and going to overtime with them shows that we’re right there with them. I felt good about what we did that night.”

Pearsall also feels good about how the team has responded to a new component to the program he introduced at his initial parent meeting last fall:   community service projects.

“This year we were asking every player in  grades 9-12 to contribute five hours to a community service project, supporting some kind of charitable organization, and five hours towards working with the youth program. Our intention behind this is two-fold. First, we often talk about being a net giver, which means giving more than taking. We want to instill that effort into them and show the benefits of that. In addition, by coming together like this, it  build chemistry. We have asked the players to do these projects by grade rather than by team because we think it’s important that they stay connected to kids in their grade.”

On April 6, the 9th grade boys lacrosse team kicked off the program by volunteering at Filling in the Blanks, a non-profit in Norwalk.

Its mission is to fight childhood hunger by providing children in need with meals on the weekends, thereby bridging the gap between Friday’s school provided lunch and the school provided breakfast on Monday mornings.

Members of the freshman lacrosse team packed over 1,000 bags of food, which will be distributed to children at schools in Norwalk, Stamford, Bedford and Greenwich.

Freshman lacrosse parent and Cider Mill School principal Dr. Jen Falcone was thrilled about the effort. “It was an amazing experience and heartwarming to watch our boys work for over two hours to accomplish a meaningful goal to help others. Our freshman were very motivated when they learned how Filling in the Blanks would distribute the 1,000 food kits to children in our local area.”

The sophomore, junior and senior lacrosse players have also responded with enthusiasm and will be working on their projects on Sunday, April 28. The sophomores will be helping to set up for the Minks to Sinks May sale and the junior and senior boys will be working to clean up the grounds of the Ben Franklin School in Norwalk, which is the home of Family & Children’s Agency’s after-school and summer programs.

“Everyone wants to win championships, but at the end of the day, there needs to be a bigger purpose,” says Pearsall. “My goal for the players is to buy into the team concept and work together, so they can see and experience the benefits that comes from specifically hard work–and achieving goals–as a unit. Those are the life lessons that team sports brings to the table.”

No rest for the Wilton Warriors this spring break–the team faces Fairfield Prep this Saturday night, April 13, at Prep; Chaminade High School on Tuesday, April 16 at Wilton; and, Darien on Thursday, April 18, also at Wilton. For more details on games, visit the team’s online schedule.