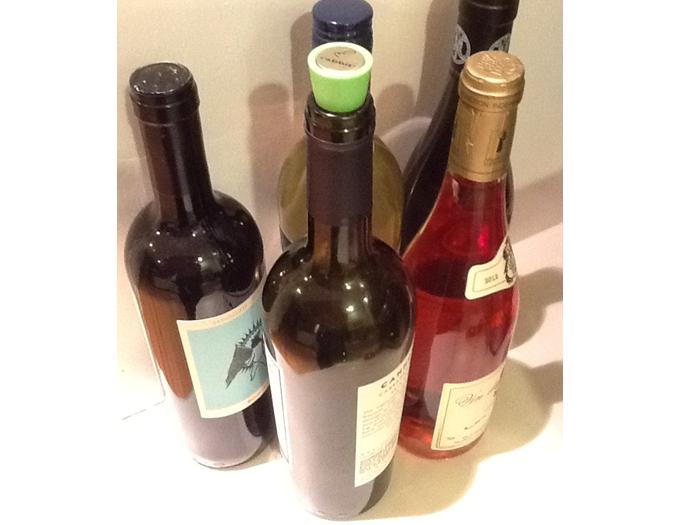 Wilton’s Board of Selectmen will hold a public hearing tonight to gauge the public’s feedback on Sunday alcohol purchases. The hearing will be held at 7:00 p.m. at Town Hall in Meeting Room B. It will be followed by the regularly scheduled BoS meeting at 7:30 p.m., and a “Sunday Sales” ordinance amendment is on the agenda for discussion and/or action at the meeting.

Mitch Ancona, the owner of Ancona’s Wines and Liquors, has been eager for the selectmen to change the town ordinance and allow stores like his to sell alcohol on Sundays. Currently package stores in Wilton are prohibited from selling alcohol on Sunday. This, despite the state changing its law to permit Sunday alcohol sales in May, 2012.

In addition, the hours they are permitted to sell alcohol the other six days a week are shorter than what is legally permitted by the state.

“When Wilton went from ‘damp’ to ‘wet,’ the town wanted to keep a little tighter control over the hours of operation for wine stores. So they wrote that into the town code, they said we could only open one hour later than the state said, and had to close one hour earlier, Monday through Saturday. Sunday wasn’t even a thought yet within the state. I guess they could have written it ‘Monday through Saturday, unless the state permits Sunday sales, and then…’ It made it impossible for them to forward think.”

Ancona said he compares the business he does in Ridgefield, where his store is open for sales on Sundays, and Wilton, where it’s not. He believes that customers would prefer the ability to shop his Wilton store seven days a week.

“Sundays are pretty important shopping days for the consumer. Sunday is a pretty crucial day to get your shopping done if you don’t get it done on Saturday. It’s what the consumer has expressed to me that they want, after all I’m here to make the consumer happy as best as possible,” he said, adding, “If you go to the parking lot on Sunday, it’s pretty darn packed. There are people there doing whatever it is they need to do—at Stop & Shop, or the other small shops and restaurants in that plaza. It’s a convenience factor for people. Sometimes I go to Wilton on Sundays to do work, stock shelves, this and that; you’d be amazed at how many people come and tug at the door on a Sunday to come in. They’re shopping on Sunday, they’re just not shopping with me on Sunday.”

His store has had a clipboard on the counter, collecting petition signatures in support of Sunday Sales to submit to town officials. “I think there were 20-30 pages, and each page has 30 signatures on it. It’s a broad range. When I petitioned to get from ‘damp’ to ‘wet’ the town was very specific that signers had to be Wilton residents of voting age. The town went through each signature to make sure. This time, to me, is a little broader—I have a fair amount of people who shop at the Wilton store from New Canaan; I have some that come from South Salem. And there are people in Wilton who, for whatever reason, are in Wilton on a weekend but don’t live here. I thought it was a bigger question than just a residential question.”

He has been actively asking customers to let the selectmen know one way or another how they feel about Sunday sales; of course he’s hoping most, if not all, customers will help the ordinance amendment pass.

“I’ve sent out emails to all of my local consumers, asking them to come to the meeting. I’ve also sent out an email with [First Selectman Bill] Brennan’s email address, and I’ve already gotten cc’d by a few people. So people are contacting them. I’d like more people to contact them. What was unnerving from the last meeting was they said if they don’t see a good response, the question can just go away. If it’s middle of the road, one of the selectmen wanted to take it to a town-wide vote in November. I’d prefer that not to happen. I would like to think that a fair amount of people show up in person saying that they are in favor of [allowing Sunday sales]. Or the selectmen see that there are a rather large group of people that are in favor of it, and then they say, let’s go ahead and vote.”

Of course, Ancona is hoping the selectmen do take a vote and pass an ordinance change to take effect immediately.

“October is looming right around the corner. I’d like to be able to sell on Sundays the rest of the year, and get the logistics set up for the holiday season. But I don’t know procedurally what they need to do. It could be more complicated.”

But he’s pragmatic about the need to have open discourse, especially given Wilton’s history over the subject of alcohol sales.

“I completely, 100 percent understand the Board of Selectmen wanting to go through the whole process. It’s been a very dividing topic at times. The first time I went in front of them, they could have said, ‘Okay, let’s take a vote right now.’ They have the power to change it on their own. It’s an ordinance. But I understand they want to let the townspeople know and go step by step. I wouldn’t want it any other way. I’m a fan of the public hearing.”

According to Ancona, he believes that of the other two stores in town that sell alcohol, the owners of one are in favor of Sunday sales, while the owner of the other is likely not. [Editor’s note: because we could not corroborate the opinions of the other owners by press time, GMW.com could not print the names of either store.]

With business being business, however, Ancona said all he wants is a fair chance to take advantage of every opportunity to grow and make a living. “If you changed it to Sunday, you’re not really telling any retailer that he has to open; you’re just giving the opportunity to be open. As of now they’re telling me I can’t be open.”