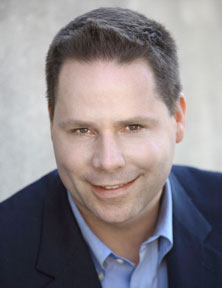 Wilton Selectman Ted Hoffstatter was among parents surprised to learn that the “On School Road” preschool program at Comstock Community Center would not open this year, just one week prior to its scheduled start date. Run by the Town of Wilton’s Parks and Recreation department, the school, familiarly known as “Miss Sharon’s” preschool, was found to lack proper licensing and accreditation by the state, and was prevented from opening.

Since the news of the closing broke with an email from Parks & Rec director Steve Pierce to parents one week before the toddler program’s start date, parents have expressed their surprise, disappointment and anger at the closing and the way they’ve been informed by the town.

Hoffstatter was one such parent who suddenly found he needed to search for a new preschool program for his son, Wyatt.

“I was surprised it was closing. I knew with the [Comstock roof] renovations we were going to have to shift some rooms around or try to figure it out, as we are as well, for the other programs at Comstock. At the end of last school year, when Wyatt finished in the three’s program, we thought he was moving to the four’s pre-K program, before kindergarten. So the news really came as a surprise when the program wasn’t going to go forward. It’s disappointing and it’s unfortunate.”

Hoffstatter said he knew that Sharon Cowley, the director of the toddler program, was trying to get the licensing accomplished and had submitted paperwork to Town Hall to do so. However, the licensing process went no further than that, as nothing was submitted to the CT Department of Public Health by the Town to pursue getting the program licensed.

“Sharon was eager to get the process moving. I can’t tell you whose office it was in or who at Town Hall specifically would have been responsible for it. What I do know is that Sharon had submitted paperwork to Town Hall in the past school year in hopes of accreditation. I know that. To what degree, I’m not familiar personally with what’s required for state accreditation. I have no idea if there was additional paperwork necessary or if there was something else the town was required to do. It never got past the point of her submitting paperwork to Town Hall,” Hoffstatter said, adding, “It would have been a good thing if it had been accomplished.”

Moreover, he added, “among ‘On School Road’ parents, it was common knowledge that Sharon was looking for accreditation, and she wanted to continue building the program at Comstock.”

Sarah Taffel, Wilton’s director of human resources, labor relations and administrative services, clarified the status of the application. She said that Cowley did submit a draft application toward the end of the summer of 2012, but that it wasn’t complete and ready to be sent to the state right away.

“Sharon did submit a draft for us to review. There were pieces of the application that still would have needed to have been completed. There were issues addressing the building that would have had to have been taken care of. There were policies that needed to be drafted, with respect to certain aspects of running the program. As a consequence at that point in time, people in Town Hall did not feel we were ready to go forward [with the application]. It wasn’t a complete application and what hadn’t been done was not trivial.”

She added, “I don’t want to make it sound like Sharon didn’t do what she said she was going to do. She absolutely did, and she did within what I think she thought her capacity was, within her area of expertise. But it was not a complete application.”

As one of Wilton’s selectmen Hoffstatter says he does not recall a time that the Board of Selectmen discussed the issue of licensing for “On School Road.” With the planned renovations, however, he said he believed it was always part of the plans to have the toddler program be part of it.

Questions that remain include why town officials decided against completing the application, even the complicated parts? Also, why a year passed between deciding that Cowley’s 2012 licensing draft was insufficient, and when the realization was reached that the program couldn’t operate in its current state without licensing, when parents were notified on Aug. 26, 2013 ? Or did Parks & Rec staff believe that the program would just continue on as is even without licensing from the state, until the state unexpectedly looked closer at the program?

Taffel deferred those questions to others in the Parks & Rec department, and at Town Hall. GOOD Morning Wilton sent emails requesting comment from the First Selectman’s office and Parks and Rec over the holiday weekend. Aside from an interview with Taffel, no further response or comment was received by press time.

Hoffstatter encourages parents to get in touch with officials

He acknowledges that the service provided by the program will be sorely missed by the town.

“I was hopeful that the program would have been accredited and it would have continued there. There are at least 50 families who participated. It was a significant part of the Comstock community center,” he said, specifically pointing out the program’s affordability and flexibility.

He encouraged parents to communicate their wishes for the program to the Town.

“If parents are supportive of Sharon and hope she finds a home at Comstock, certainly that’s something people need to know—I know Parks & Rec need to know as they plan for their future with the renovated building and how they want the space to be used. I hope that anything we do progresses positively in what our community is able to offer young families as far as toddler programs are concerned.”