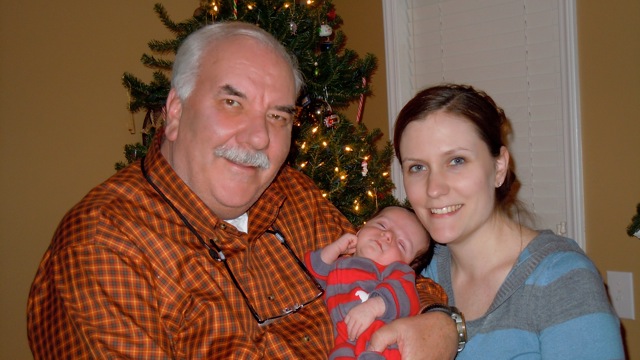 The following is from a press release.

“Cancer” is Gene Feher’s least favorite word in the English language and he is certain that countless millions share this sentiment.

Cancer–a word that makes people shudder with fear when a physician says the word to you.  Feher heard the word again spoken to him five and a half years ago. Frozen in fear, it just didn’t compute.

“Impossible! Not me. He must mean something else. This can’t be happening,” were the thoughts, he recalls, as the ones that raced through his head in that moment.

However, for Feher, reality set in and gave him a needed push forward. “I remember thinking, what now? What course of action?”

Feher is one of the lucky ones. His bladder cancer was caught early and his surgery and treatments were successful.

Now cancer free, Feher continues to do whatever he can to raise funds for research and awareness of this horrible disease.  When he was diagnosed, he discovered Relay for Life here in Wilton. As part of a group of cancer survivors, their families and friends, doing their part in an endeavor that makes a difference in life, he didn’t feel so alone.

“There wasn’t time for self pity,” he says. “My wife, Irene, and I just joined in and moved forward to help with the cure. It has been uplifting and a way to continue my small contribution to this cause.”

As a longstanding member with the Wilton Volunteer Ambulance Corps (WVAC), Feher formed a team with his fellow EMTs from WVAC. For the past five years, the WVAC Team, “Wilton EMS – Everyone Must Survive” has donated its efforts to fundraising for Wilton Relay for Life.

“We have raised funds online and given our time by running the concession stand at Relay to further raise money. Since we started this team, I am proud to say that we have raised more than $25,000 toward cancer research. It does make a difference,” he enthusiastically proclaims.

When Feher looks back, he believes that if there had been the kind of treatment and knowledge when his mother was diagnosed, that we have today, she would have led a normal life and his father would have survived a lot longer, too.

But there are other special people in Gene’s life who also drive his passion to find a cure–his beautiful daughter, Tara, and his first grandchild, Zachary.

“Perhaps I won’t see a cure for cancer in my life-time, but I hope that one day my children and grandchildren may live in a world without cancer.  My drive to beat my own cancer was based on a wish; to be alive to be a grandfather and continue to be there for my children.  I am truly blessed to be able to say that this is now a reality and I am grateful for every moment with them.”

“I am truly honored to have been named Honorary Chair for this year’s Wilton Relay for Life,” Feher says. “I accept it in memory of my parents, in hope for my children and grandchildren and in gratitude for the Relay participants here in Wilton who give of themselves selflessly for this cause.”

Relay will be held on Saturday, May 31st to Sunday, June 1st. For more information about Wilton Relay for Life 2014, or to register or to join a team, visit www.relayforlife.org and search “Wilton.”