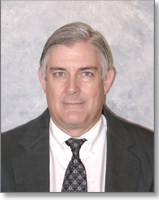 Following increasing scrutiny on Indoor Air Quality concerns at Miller-Driscoll School, the Wilton Public School district has upped communication with parents about IAQ matters and has refocused efforts on bringing their compliance with state laws in line. When it was revealed that testing done in November for radon levels at Wilton’s K-2 elementary school was not conducted according to accepted protocols, resulting in the CT Department of Public Health rejecting the reports from the Nov. tests, Dr. Gary Richards, superintendent of Wilton Schools, announced that testing would be redone of all Wilton schools in January.

On Friday, Jan. 17, however, Richards released a statement that the school will not meet that self-imposed deadline, announcing that radon testing is “likely” to take place in February. That’s in addition to another press announcement earlier last week that the district would hire an independent HVAC consultant to conduct a comprehensive review of all air quality markers at Miller-Driscoll and share the results with the public.

“Superintendent of Schools Gary Richards announced today that retesting of all Wilton Schools for the presence of radon gas will likely take place during February.  Richards’ statement clarifies a previous statement that the retesting could occur during January.

“’I have been in daily communication with officials at ATC, the company that performed the previous tests, and we have ruled out the possibility of conducting the new tests during January,’ Richards said. ‘There are a number of factors that must be considered in scheduling the tests, not least of which is a requirement that parents and staff be notified at least 14 days in advance.  Given that we are mid-way through January, there is no way we could provide proper notification.’

“The Wilton Schools underwent radon testing during November 2013, with preliminary results showing no elevated presence of radon in any classrooms or building facilities. However, it was learned after the tests had been completed, that not all testing protocols had been adequately followed, specifically at Miller-Driscoll. It was determined that 14 day notice was not given to parents, several windows had been opened for portions of the testing period, and that the first day of the two day test occurred on a professional development day, when the building was not at “normal” levels of occupancy. Because of these factors, results from the November tests were negated by the State Health Department, and ATC agreed to retest all the schools, at no additional cost.

“’ATC understands the concerns that have been expressed in our community regarding the November testing, and is eager to have our facilities reevaluated, with all proper protocols in place,’ Richards noted. ‘I will notify the community once the testing dates have been finalized, and we will share results from those tests when they become available.'”