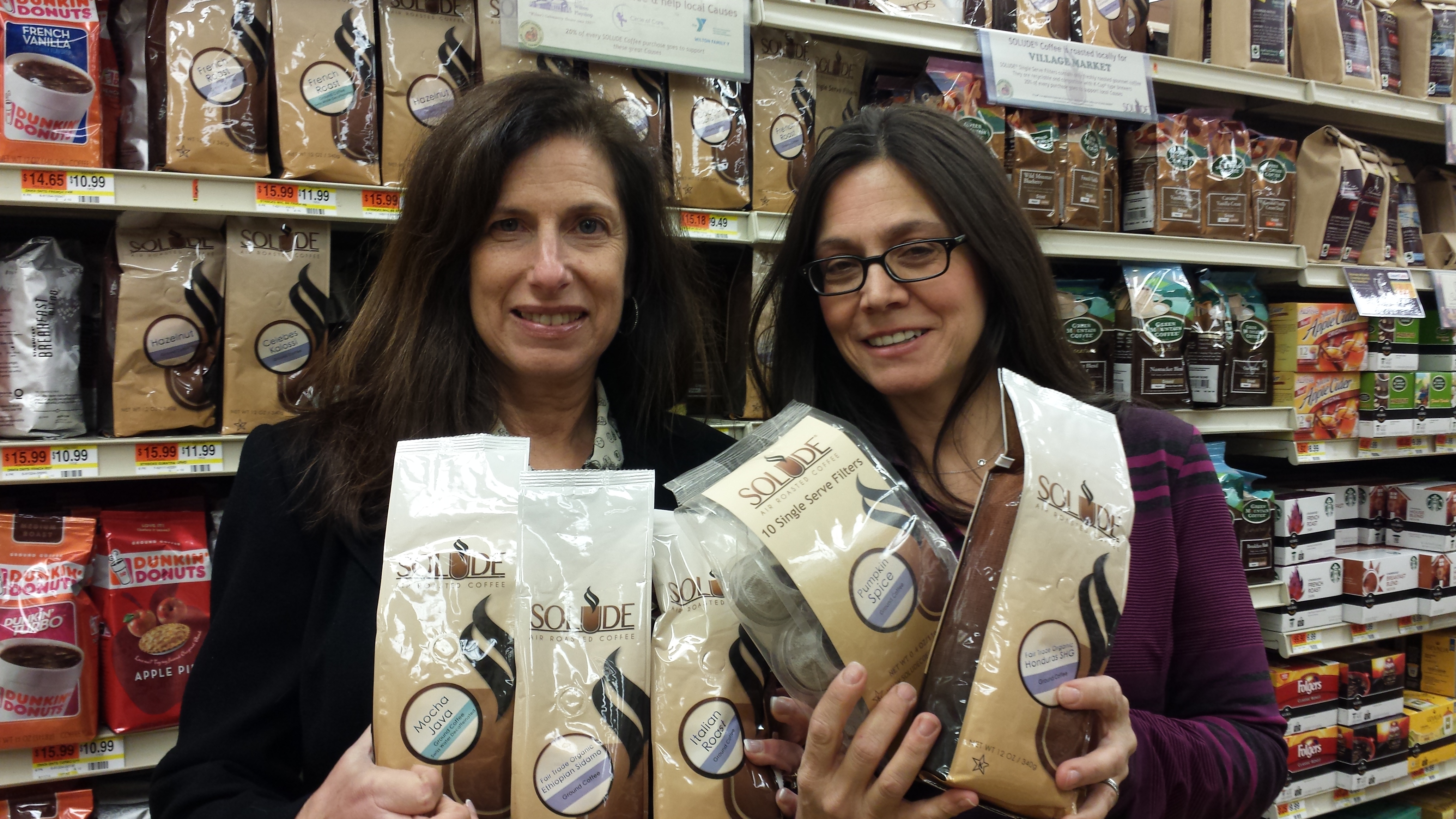 When Wilton resident Gareth Forsey decided to take what he calls “career break” in 2009, he had no idea it would actually be a coffee break.

“I had just left MasterCard, went back to school, joined some non-profit boards and was working for a local church in South Norwalk which helped the disadvantaged folks there,” he says. “One of the things I discovered – and that really used to wind me up – was how much time we spent on these boards talking about fundraising, versus actually doing the work we’d set up the non-profit up to do.”

Forsey says he began to think about how organizations could come up with some kind of model which would create a sustainable revenue source for charities by just running in the background. Unlike high profile fundraisers, he thought, this stream would be smaller but continuous.

“It would just pay the rent. Or pay for the photocopier,” he says.

Around the same time, a good friend of Forsey’s, David Martin, had a chance encounter with someone who told him about a struggling coffee roasting plant in Norwalk and asked if he could offer the owner some business advice. Martin agreed, and brought Forsey along.

In the 1980’s, they learned, the plant owner had run a chain of restaurants in the area. An Italian with a discerning taste for coffee, he couldn’t seem to find a brand good enough to offer his customers. So, he decided to roast his own.

What set the coffee apart then, and still today, is a specialized hot-air roasting process.

“Instead of direct heat being applied to the drum, hot air is pumped through perforations in it. When the coffee beans roast in hot air, rather than heat through metal, you can roast at a hotter temperature for longer without burning the outside of the bean,” Forsey explains. “What happens in traditional roasting is that the edges of the beans can burn, which in the trade is called ‘tipping.’ Then those tips get ground up and become part of the coffee. With hot air, the beans are evenly roasted all the way through, which gives you a much smoother taste.”

Over the course of a couple of months and many conversations, Forsey says, he realized that not only did the plant produce excellent coffee, but that it could be the answer to his fundraising quandary.

“I started thinking – wait a second, coffee! It’s a low ticket item, and everybody drinks it already. What if we said, ‘Switch to our coffee and help your local charity?’” he says. “And what if instead of pumping marketing dollars into ourselves, we put those dollars back into the charity? They in turn talk it up to their constituents, sponsors, supporter, donors – what if we mixed all of that up?”

They started small with one market:  Wilton.

“Circle of Care, Wilton Playshop and the Wilton Y were the first ones we really tried the whole model on,” Forsey says. “We’ve been working with them since day one.”

Today, Solude Coffee is sold in roughly a dozen markets from New Hampshire to Pennsylvania, supporting over sixty charities. Here in town, shoppers can find Solude at Village Market, where every purchase continues to trigger equal donations to Circle of Care, the Wilton Playshop, and the Wilton Y.

“If you look at a traditional dollar that you make from a sale, 20 to 25 percent is spent on advertising, marketing and promotion. We take that money and funnel it into the charity instead, then ask them to integrate us into their fundraising efforts,” Forsey says. “We built it right into the core of the business model so that it continues for the whole time someone is a customer.”

“It’s so helpful to have that check come in every month,” says Circle of Care co-founder and treasurer Dawn Ladenheim (pictured above, left) with Circle of Care board member Carole Kelleher at Village Market.

In addition to select retail locations, Solude is also available for purchase online, where customers can buy their favorite blends and choose from select charities to benefit from the sale. All of their coffee products are freshly roasted to order, including fully recyclable pods which work with single cup coffee makers. Now in the midst of their busy season, Forsey says customers are buying Solude coffee as holiday gifts.

“We beautifully wrap all of our coffees in ivory gift boxes, so we’ve found that it makes a great client gift during the holidays,” he adds. “If those recipients get the coffee, like it and start ordering it, the charity will get a portion of those sales, too.”

Foregoing the cost of a traditional sales force, Solude enlists the help of consultants who choose their own level of involvement, from those who are interested in making a few extra dollars to those who want to pursue it full time. Charities can also get directly involved in selling to help boost their own funds.

“Every consultant we bring on goes through a two-day training,” Forsey says. “We teach them about the coffee, how it’s roasted, why it’s different, about the whole value proposition behind what Solude stands for and what we want to represent out in the marketplace.”

Forsey says that Solude is very much in expansion mode in terms of bringing on consultants. The company is also finding very selective ways to be out in the marketplace more, including being served at a few coffee shops in the area and being named the sole coffee supplier on campus at Roger Williams University in Rhode Island. That distinction came as a result of both the quality of the product and the Solude cause-based business model, which impressed those at the university.

For two people who never intended to go into the coffee business, Forsey and Martin have found a way to turn out a consistently high quality product, doing so in a way which benefits community organizations along the way.

“David and I are in the fortunate position that we are not under any pressure,” Forsey says. “We’ve built the business as we’ve discovered what works, and plan on continuing to build that way.”

To learn more about the Solude mission or to purchase coffee, visit soludecoffee.com.