Home Business A Glimpse at the Soul of Family 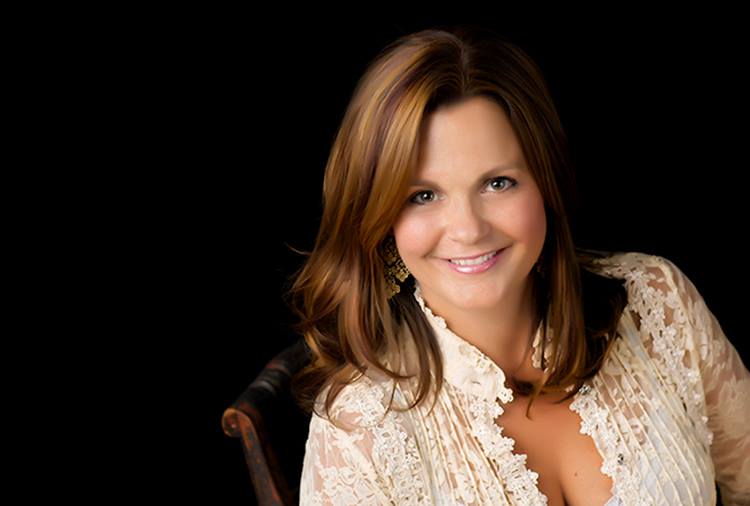 Sitting down to chat with Wilton photographer Andrea Topalian, you’re struck by her gorgeous big eyes. It makes you remember the saying about eyes being a window onto the soul, something appropriate to relate to a woman who makes her living working behind another sort of a lens that offers a glimpse into other people’s souls.

It’s an apt way to look at the phenomenal ability that this talented professional photographer has for capturing intangible moments in the lives of her child subjects, those spectacular moments of childhood that parents know are the most fleeting and difficult to keep for forever. That’s why Topalian’s portrait photography business is called “Moments by Andrea.”

The moments Topalian usually catches digitally are those ones of connection, sort of like capturing the essence of her subject and their family bonds.

“What is always fascinating about photography is capturing that one moment, for forever. From one frame to the next, it’s not there, and then…it’s there. And it’s a moment, it’s literally not there the frame before. It’s precious. Those are what it’s all about.”

Fall tends to be a busy season for a family photographer like Topalian. The colors and scenery, especially in a New England town like Wilton, make it a desirable setting, and with holiday card season approaching, people are planning ahead.

That’s why Topalian annually holds her Family Photo Days in the weekends of September and October. This is the eighth year she’s been running them, in Wilton and New Canaan. Family photo days are the staple of Topalian’s business and they’re great ways for families to work with Topalian, who is in much demand.

“They’re 20-minute sessions, and I have eight dates over the coming weekends between New Canaan and Wilton. They’re what I have become known for because I get a lot in 20 minutes. You don’t have to sit for an hour-and-a-half. Children have short attention spans; dads have limited patience; for us, it’s a busy time of year. So you take 20 minutes to work with me, you know you’re going to get your picture.”

Family Days in Wilton are held at Ambler Farm. “It’s a beautiful location, it’s so symbolic of Wilton. It’s so well maintained and I know the light.” She loves Ambler Farm so much, it’s one of the places in town to which she gives back, as one of the sponsors of Ambler Farm Day each year (including this year’s, on Sunday, Oct. 6).

“What I love about family photo days, I like to help as many people as I possibly can. Photography does help people. A good family portrait that you can walk by in your hallway is so meaningful. I’m all about the heart strings. I’m about connections, about love. “I really do specialize in families and connections. As I mom, I feel moms are always the ones behind the camera. Moms aren’t in most of the pictures we take ourselves. I really encourage moms to get dressed up a bit when I shoot a kids’ session, even if they’re not feeling the best. Let me do something with the camera to make them look good and feel good, but to get them in the picture, even if you don’t do anything with the picture, at least you have it, you’re present in the image with the kids.

Topalian’s expertise stretches back pretty far, beyond even the 8-year-mark of her official business start. It turns out being a photographer really is her childhood dream-come-true. For despite having taught Spanish at Weston High School for a bit years ago, she says that she was a teacher “temporarily. I was always a photographer.”

She got her first camera when she was 8 years old, one she picked out of the Sears catalog. “It was a Holly Hobby little plastic camera. My grandmother had a lot of grandkids and not a lot of money, so we each got to pick one thing. That was the thing I wanted.”

The first time she ever picked up a camera with some serious intent was in the early 80’s, when she took a photography class in 8th grade. “I loved it! In 1987, Canon came out with its very first SLR, it was the first single lens reflex camera with automatic focus and automatic settings. As a kid I was like, ‘this is so cool!’ So I saved up my money—like $600 if I remember—and I skipped school the day it came out and drove from West Hartford to Massachusetts because there was no tax and I bought it! I was 16. And from then on it was attached to me through the rest of high school. It became part of who I was.”

Even in high school her talent was something she could rely on professionally; she shot a few weddings and engagement pictures. “I wanted to buy new equipment, but didn’t have money. So I would say, ‘Give me enough money to buy a lens and I’ll photograph your wedding.’” She also took pictures for the high school yearbook and of her friends.

That, combined with educational requirements, made her shelve her dream temporarily. “I already had applied to college in Texas, and to study photography you also had to take every other art class imaginable—pottery, painting, and I’m really not that kind of artist, so I wound up pursuing Spanish after spending a semester in Spain.”

She took her camera along on her time in Spain, back-packing around Europe and taking a lot of pictures. She discovered the photos she loved the most weren’t ones with scenery. “When I got pictures of a local in the shot, or my friends, when there were people in the photos, those were the pictures that got my attention, those are the ones I fell in love with.”

As a grown-up she found herself married and working as a Spanish teacher in Weston. With the birth of her first child, she found a reason to dig out that same trusted camera she’d had since high school.

“When my daughter was born I started taking pictures of her. Like so many other photographers, you rediscover the love of photography. It was a reawakening, a relighting of the fire that was already there.”

Soon after her daughter was born, Topalian went to a good friend’s wedding. Wouldn’t you know it, her friend liked Topalian’s pictures better than the ones taken by the professional who’d been hired to shoot the wedding.

Shortly after her second daughter was born, with Topalian working as a stay-at-home-mom, she started really yearning to get back to photography. Her old camera had died by that point, but technology had taken a jump forward. “I said to my husband Greg, ‘I really want to get a digital SLR. Maybe I can get this camera, it’s like $1,000. I can take pictures of friends, and maybe I can make some money to pay for it.’ He was thinking, ‘If she pays for this camera, we’re lucky!’ That was November of 2005.

“I’d had paying sessions before when I was teenager, but this was my first as an adult. I looked at the pictures after the session, and I just knew, I had to do this. I saw the work that other professional photographers in the area were doing and I knew I could do it.”

By April of 2006, she started planting the seeds of setting up a business—getting a tax I.D., figuring out setting up a website, trying to build clientele—and then posting a flyer at the Wilton Y. A mom in Redding spotted it and called Topalian to do her school’s family photo days.  Just days later she also booked the New Canaan Newcomers Club fall photo days, shooting 175 families altogether through the fall.

Talk about going from zero to 100 m.p.h. in less than 60 seconds. The fast growth just kept happening. From those two first booked jobs, clients started spreading the word about Moments by Andrea. Other groups and individual clients started calling, and kept calling every year after that, and referring friends.  Business grew every year, with family photo days still staying a regular part of her business model.