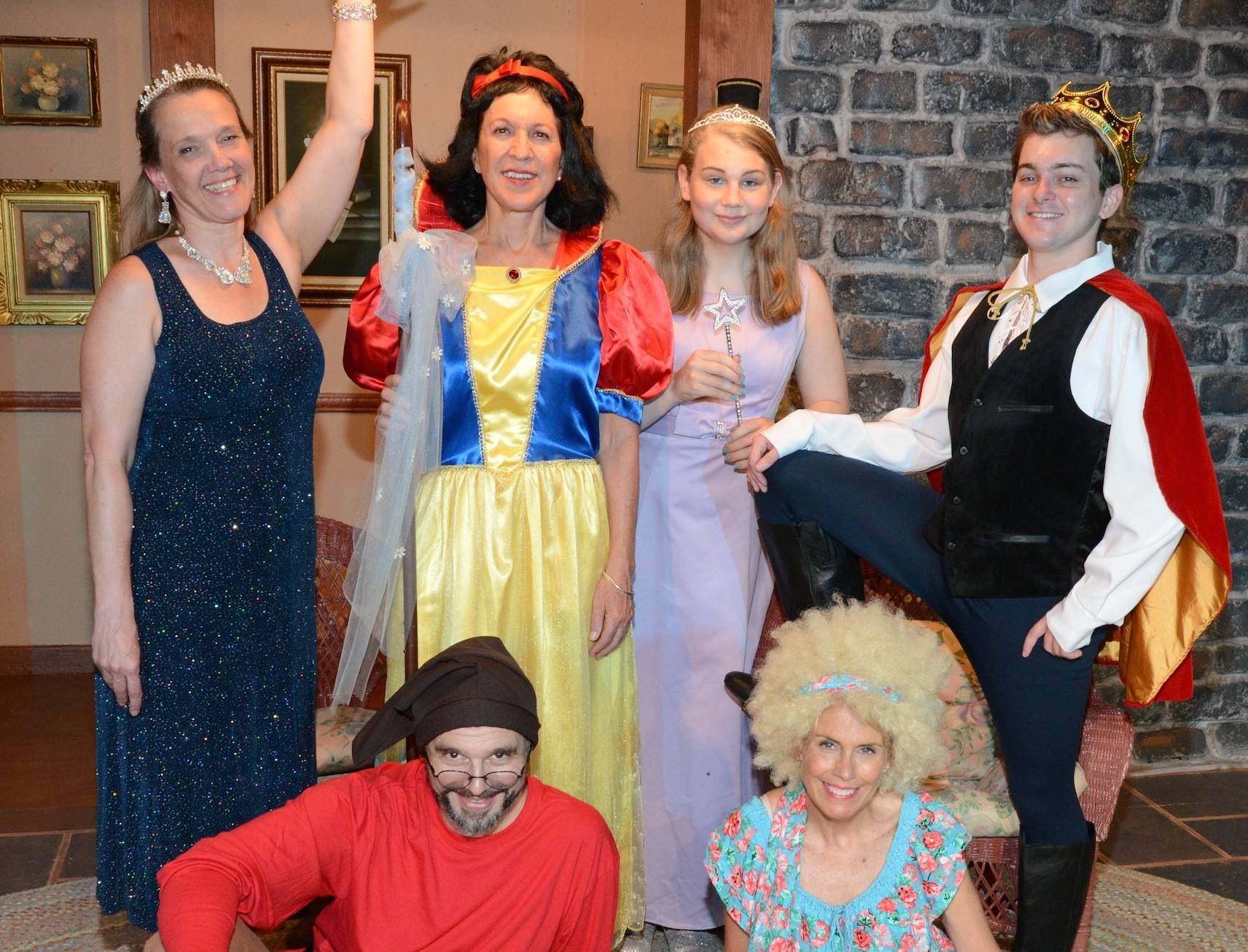 The Carriage House Arts Center and The Wilton Playshop have joined forces to present the Tony-Award winning Best Play of 2013, Christopher Durang’s comedy, Vanya and Sonia and Masha and Spike, directed by Frank Gaffney and staged at both theatres. The play ran to rave reviews at the Carriage House from September 11 – 20, and will be staged at the Wilton Playshop from Sept. 25 – Oct. 3.

The story revolves around the relationships of three middle-aged single siblings, two of whom — Vanya (played by Geoffrey Gilbert) and Sonia (Donna L. White) – live together, and takes place during a visit by the third, Masha (Nancy Sinacori), who supports them. They hash out their lives and loves and argue, as usual, until Masha reveals her news:  she is here to sell the house. Three siblings. One hot mess.

Masha returns home with a flurry of drama, an endless litany of insecurity, and a much younger lover named Spike (Glenn Ghirardi of Norwalk), all of which is predicted by Cassandra, their sooth-saying housekeeper (played by Carin Freidag). Spike then meets Nina (played by April Lichtman), a young fan of Masha, further complicating matters.

“As our first co-production with another local theatre, we are delighted to extend this fantastic show to additional audiences in two separate towns – it has been a wonderfully collaborative experience,” said Ralph Pastore, board president of The Wilton Playshop.

“This show has been an ambitious and very fun enterprise for all of us as we bring this terrific comedy to life on our two stages,” said Gaffney, director of the show.

What will become of our dysfunctional titular family? Grab a seat at one of the show dates below and find out!

The Playshop also welcomes residents to audition for the family favorite 12 Days of Christmas, directed by Stacie Moye. Auditions are September 27 and 28 from 7-9 p.m. at The Playshop, (15 Lovers Lane). Please bring a headshot and resume.