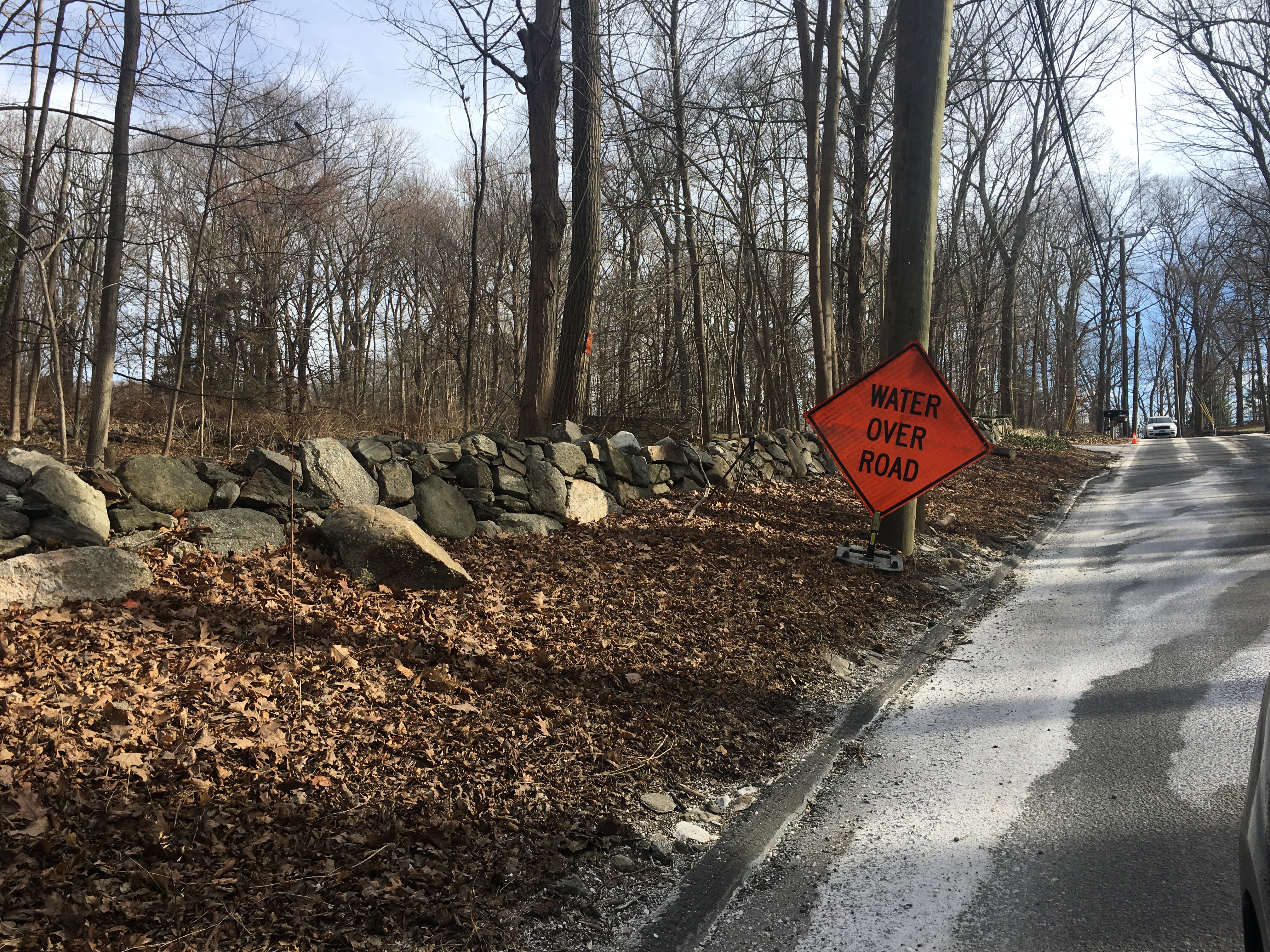 Over the last winter, drivers on a section of roadway near 153 Cannon Rd. would chronically encounter a dangerous patch of icy, slippery ground caused by almost non-stop water runoff. Now town officials say they may have found the root of the problem.

During the winter months, the issue caused significant problems and posed a danger to motorists–something town officials heard about frequently on the SeeClickFix reporting system, as far back as 2018. Compounding the issue was the fact that the icy patch was on a hill and a curve, making things especially hazardous. One person reported seeing a school bus slide on the patch of ice.

The town responded by spreading sand often on the roadway section–sometimes up to twice a day.

Some residents speculated that the runoff was caused by recent construction of two new homes situated uphill from the road’s problem spot. The homes had been built within the last five years, and coincided with ongoing drainage problems and residual impact there, including roadway erosion and dirt and rocks scattered on the pavement.

Director of Public Works Chris Burney spoke at last night’s Board of Selectmen meeting, and explained that once the weather broke, his team was able “to spend a lot of time trying to find out why” the runoff was occurring.

“We discovered that one of the catch basins, right in front of those two big new houses, as the water level dropped we discovered a 15-inch pipe that we didn’t know was there. It didn’t show on any of our records and it could have been put in by the developer when the initial work was done. It was blocked. We were able to clean it, so we’ve got about 15% of it open. Since that day there has been no water on Cannon Rd.,” he explained.

Burney theorized that there may be tree roots causing blockage, and that the town is bringing in a contractor who will snake in a camera to take a look and determine the cause, and likely open the pipe.

Since the pipe was partially cleared, the runoff of excess water has stopped, Burney said, even with the most recent, heavy rains over the last week or two.

“There has been no water runoff on the road [since then],” Burney said, adding that the town may need to install another catch basin after the pipe is opened and any remediation work is done, before repaving the road.

He was optimistic that the work would correct the problem. “I think it’s good news,” he told the BOS.