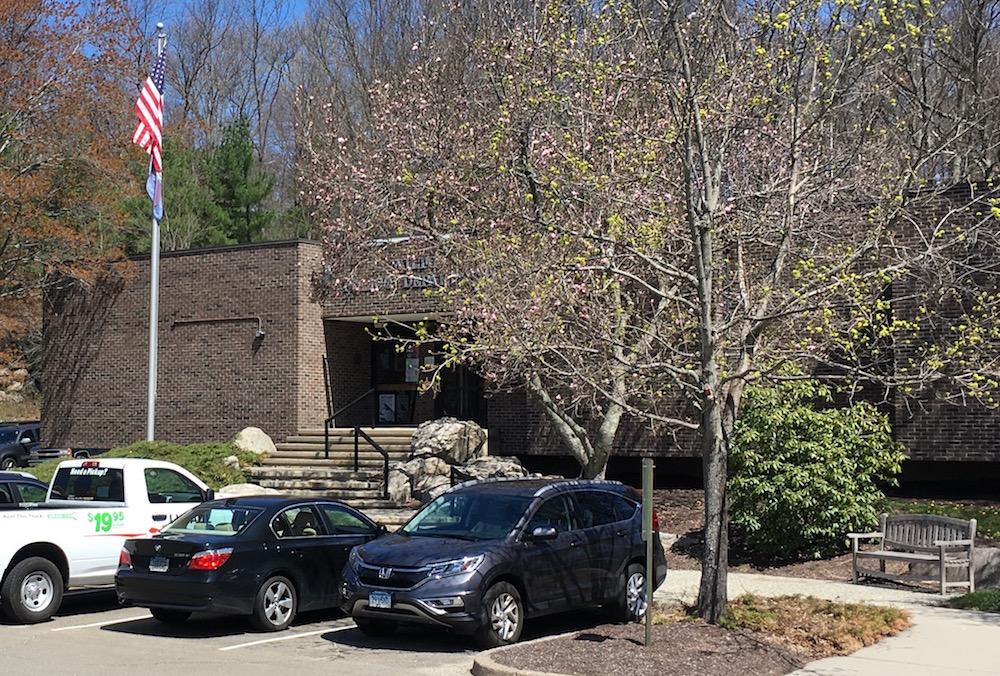 Wilton is one step closer to a formal plan to renovate Police Department Headquarters and Town Hall, following last week’s Board of Selectmen meeting, when the BOS members unanimously approved the Statement of Requirements (SOR) put together by the project’s building committee. That means there’s a (somewhat) defined set of requirements that can now be used by prospective architecture and engineering firms to bid on the job of putting together plans for the project.

The word ‘somewhat’ is key in describing just how final that SOR is, because as the Building Committee co-chair Dave Waters described to the BOS members, ‘maximum flexibility’ is a theme to the whole project.

“What we really are trying to do is create the most flexibility we can, because the whole concept is that we’re designing a building for at least the next 25 years, because what happens in the next 25 years in a lot of ways can be very different than what we view it as today. So we want to make sure that things can be flexible enough to be used and reinterpreted as need be,” Waters said.

Want to see exactly what needs to be updated and overhauled at the Wilton Police HQ?

Check out the video of our Tour with Chief Lynch and Capt. Cipolla from 2017…

He used examples of where flexibility would be necessary, as he and Police Chief John Lynch answered the selectmen’s questions, on everything from gender specific vs. unisex restrooms, to the number of conference rooms.

“The architects and engineers will be instructed to design with flexibility in mind. The things we thought we were designing for when the building was built in the 70s, a lot of things have changed since then. The idea of the impound lot–25 or 30 years from now we may be talking about flying cars and Ubers, so nobody has a car, so there’s nothing to impound. You just don’t know,” he said, adding, “The more flexibility, the better off we’ll be.”

Regionalization as an Impact on Design

One of the areas where the need for flexibility will be key is the question of regionalization.

Regionalized dispatch has been something discussed both at the town level as well as together with neighboring Fairfield County towns, most recently through Wilton’s participation in WestCOG (Western CT Council of Governments), in two ways.

First Selectwoman Lynne Vanderslice said that the 18 towns that make up WestCOG received a regional services grant and a related request from the Lamont administration to study regionalized Public Service Answering Points (PSAPs), i.e. police dispatch (as well as other areas of potential areas for regionalization, including municipal assessment).

“It’s very much the sense of our COG’s executive director–and he’s very much in the mix–that this is on the governor’s mind, and he may be planning to introduce a bill for consolidation of PSAPs. So that is relevant to this,” Vanderslice said.

She noted that she is a member of the WestCOG executive committee, which is recommending that WestCOG engage a consultant to do a technical report (paid for out of the regional services grant). That report will be completed before the end of December 2019.

The second WestCOG initiative related to regionalization is a public safety facility study, looking for opportunities for towns to share facilities–for example, a shared shooting range.

“Everything is on the table with that,” Vanderslice said.

She and other Wilton officials, including Lynch, and the department’s two captains, have been very involved as plans for that study are being put together. In fact, Vanderslice noted Wilton’s needs are a big driver of the study happening.

“Wilton, New Canaan, Ridgefield and Weston were all looking at the need for an expanded police HQ, so that’s why we’re doing the study,” she said. “There is a commitment that we will have this completed in the first quarter, because they’re well aware. Wilton is ahead of everyone else in the process… this needs to be done before Wilton needs to make a decision.”

That ongoing discussion could have repercussion on any plans Wilton makes for its own Police HQ–which, said Waters, could be beneficial.

“Keep in mind that may be a very good thing for us, even if it doesn’t occur in Wilton and we are regionalized to someplace else. There will still be a cost associated with that. Keep that in the back of your mind as part of your budgeting process.”

Vanderslice wanted to make sure that the building committee conveyed to whichever architecture/engineering candidate is chosen that there is still uncertainty around the area of dispatch. “We may not know for a year, we don’t know when we’re going to know.”

Waters assured her that the different variables would be taken under advisement.

“We would want to have some kind of ‘alternate delete,’ that would allow for the deletion of certain function if there is regionalization. You’re still going to have a cost someplace but you don’t necessarily need the space for that particular function. We would want them to have that in the back of their mind to have that flexibility so they don’t have to go back and completely redesign something,” he said.

Selectwoman Lori Bufano pointed out that the need for flexibility might need to consider that Wilton might have to host a space for a service that would serve other towns in the region.

“We would love to have it regionalized where dispatch is in Wilton, but we would want the flexibility for a Plan A, Plan B and Plan C.”

The Wilton Police Department will be offering tours of its facility to the public on Saturday, Oct. 19, between 9 a.m.-1 p.m.. Members of the community are welcome to stop by anytime during these hours for a tour.

The Building Committee encourages residents to take advantage of the tours to learn about the building’s challenges first hand and to learn more about the project by visiting the project website.  The project is being advised by Wilton’s Director of Public Works & Facilities and assisted by Colliers International which has been hired as the Owner’s Project Manager for Phase 1 of the project.

For more information about the tours, please contact Captain Tom Conlan of the Wilton Police Department at 203.834.6256.