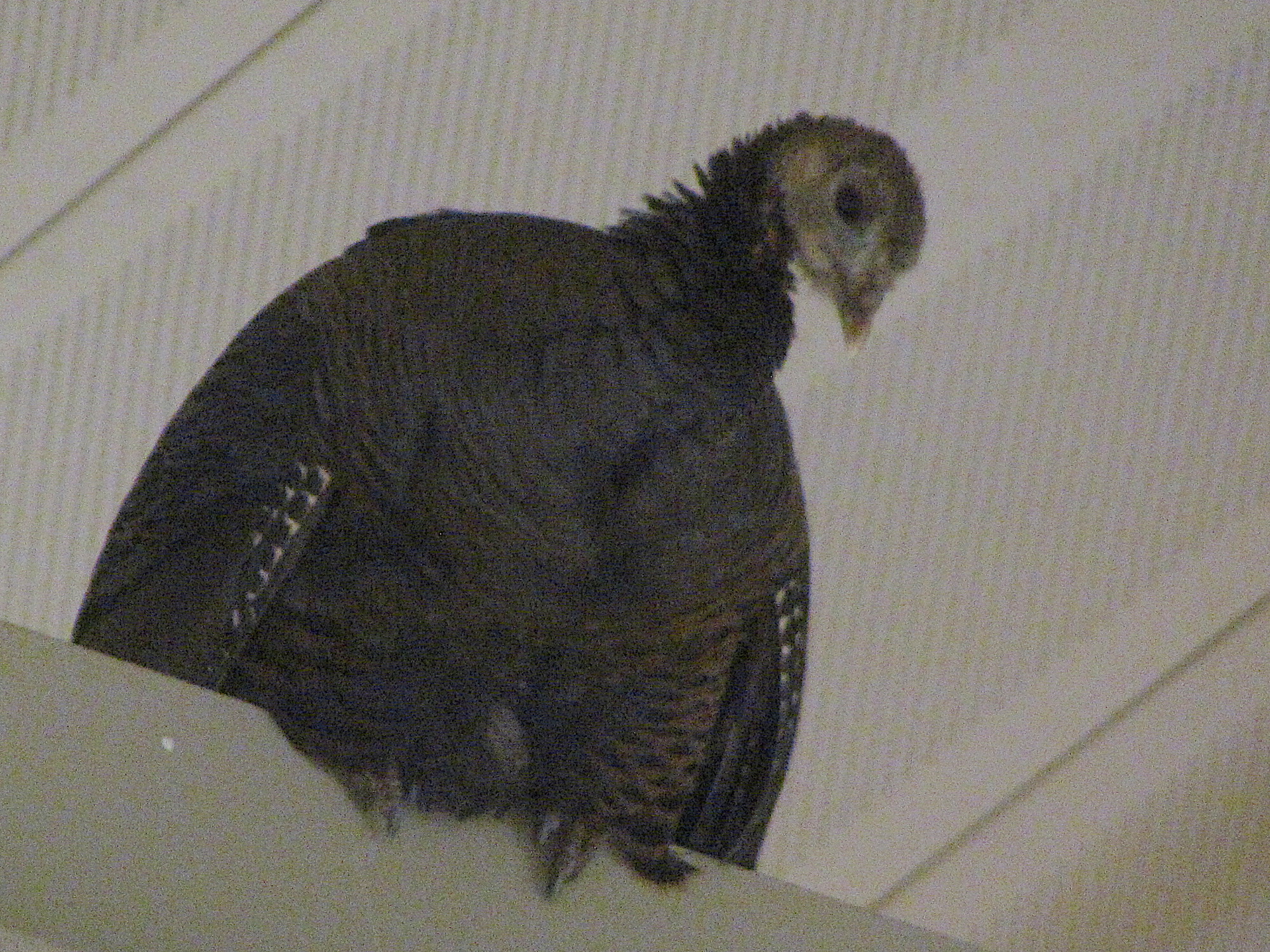 The Wilton High School Field House is home to tournaments, meets and gym classes, but for two nights it was host to an unusual visitor, when a wild turkey took roost in the building’s rafters. School staff tried several ways to get the bird to leave the gym, finally succeeding Wednesday afternoon with the help of a wildlife control company, Bats Be Gone.

Now officials are turning their attention to find the students responsible for herding the bird into the gym on Monday afternoon. Two unidentified male students were captured on video by security cameras outside the school, guiding the bird into the building, according to school facilities director Christopher Burney. As of now, the school has not made the video public.

In addition to the two students seen committing “fowl play,” the video shows an additional group of approximately 15 other students arriving shortly after and entering the gym. Burney says due to privacy concerns, there are no cameras in the gym to help officials identify any of the students.

Until Bats Be Gone paid a visit to the school, the turkey didn’t budge from its spot high up in the rafters, despite school officials’ efforts to entice it down and out. They contacted the CT Department of Energy and Environmental Protection, and  reportedly used lettuce and watermelon to try to attract the bird down. When those efforts failed, they played a recording of a female turkey with hopes that the bird was male (and holding out for an invite to prom, perhaps?) Wilton Animal Control wasn’t able to retrieve the bird either.

The removal on Wednesday took about two hours, Burney says, and with the help of a net, Bats Be Gone was able to release the turkey into the woods behind the school after extricating it from the beams.

The episode did disrupt some events in the gym. Athletic director Chris MacDougal postponed cheerleading tryouts and rescheduled gym classes, thanks to the lurking turkey. Of course with nature comes … natural events, which means some significant cleanup from an animal that didn’t care to ask where the restrooms are.

“We will need to do a high cleaning this weekend. The pipes have turkey poop on them. Cesar [Jimenez, WHS plant manager] and the custodians have done a really good job of keeping the field house floor and bleachers clean. It was making a mess, but they’ve cleaned it. It’s part of the normal cleaning process… it gets washed and whatever’s contaminated gets sanitized,” Burney confirms.

The incident has ruffled some feathers, and once the students in the video are identified, they will be asked to cover any costs associated with the wildlife removal company and cleaning, Burney says.