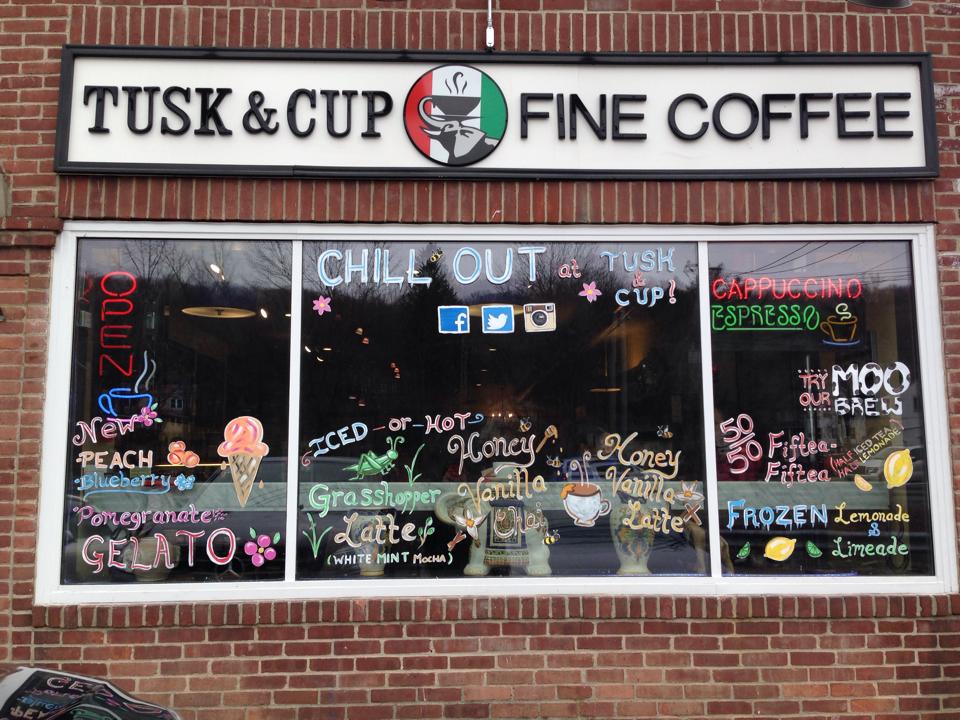 In another positive sign for the business landscape in Wilton Center, Ridgefield’s Tusk & Cup Fine Coffee has confirmed they will be opening a second restaurant in town, right on Old Ridgefield Rd.. Laura Ancona, who owns the popular Branchville cafe, told GOOD Morning Wilton that come spring, they’ll be opening in the space previously occupied by Peachwave Frozen Yogurt at 142 Old Ridgefield Rd.. “We’re finalizing our plans but hopefully by April or May we’ll be ready to open,” Ancona says, adding that in addition to their fan favorite coffee and tea, as well as pastries and light fare, they’ll also offer gelato, just as they do in their Branchville location. Plus they’ll be featuring outdoor seating, alongside neighboring restaurant Cielo, during warmer weather.

This news follows last week’s confirmation by Bianco Rosso’s Mario Lopez that he plans to open a second restaurant in Wilton Center, in the space that used to be home to Bon Appetit Cafe. Lopez has said that the cuisine in his new spot will be “relaxed American.”