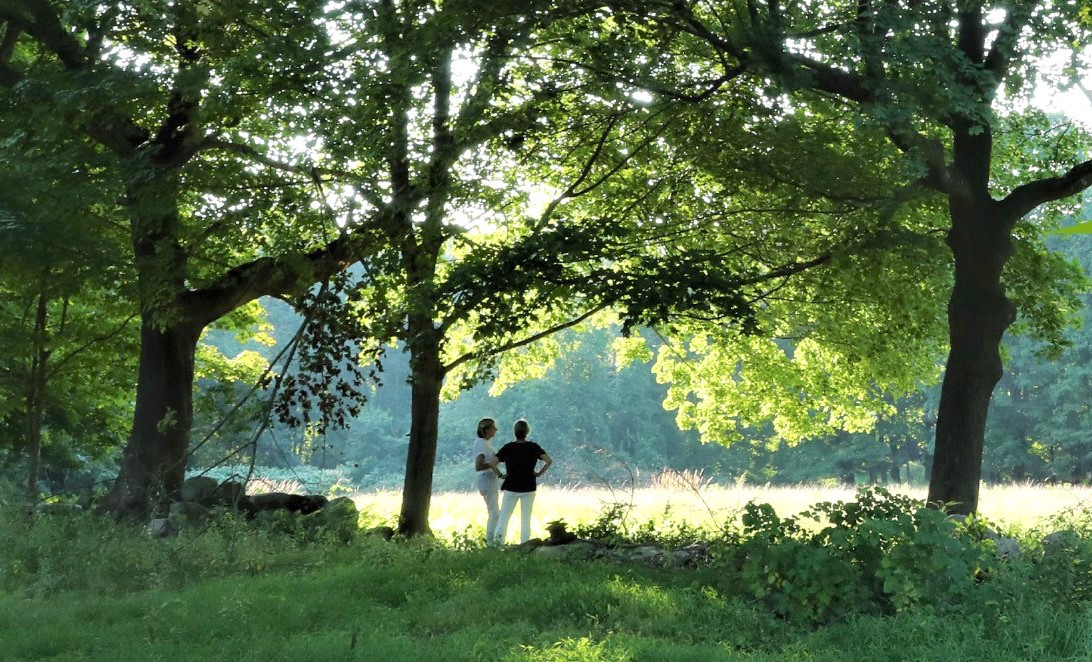 First Selectwoman Lynne Vanderslice has spoken of her concern recently about what she sees as an organized effort to usurp Wilton’s control over its own zoning practices and laws. Tuesday night she raised the level of warning after advocates for statewide housing reform initiated a test-case challenge to single-family housing laws in another CT town, and in the process, called out Wilton in what Vanderslice believes was an unfair characterization.

“Once again, Wilton and surrounding communities are being mischaracterized by people who have likely never spent much, if any, time in Wilton,” she wrote in a post on Facebook last night.

In that Facebook post, Vanderslice referenced an article in the CT Mirror that ran Tuesday. The article told about an effort of four civil rights attorneys challenging single-family zoning laws in Woodbridge, CT where there are very limited affordable housing options. It’s the latest event in a discussion about housing in the state that’s growing louder, a discussion that Vanderslice and others have likened another similarly divisive issue–school regionalization.

Like regionalization did in 2019, the topic will likely become a hot political debate locally, especially during the current political campaign leading up to the November election.

“If you follow the Board of Selectmen, you know we recently expressed concerns about legislative proposals to replace local zoning decision making with state decision making. Our concerns grew when the Executive Committee of [the Connecticut Conference of Municipalities] CCM, the powerful municipal lobbying group, supported the proposals. CCM member towns, including Wilton, were not consulted,” Vanderslice wrote, adding, “Like school regionalization, this is another suburban versus urban issue.”

But what really put the article on Vanderslice’s radar was the mention of Wilton by one of those four civil rights attorneys, who included a reference to a Wilton property that unfairly mischaracterized Wilton in the discussion about affordable housing. It’s something Vanderslice took pains to counter in detail.

The property in question is 183 Ridgefield Rd., a 13.5-acre parcel that was purchased by the Wilton Land Conservation Trust this year in order to prevent a developer from building homes on the land and preserve it as open space. The property was the subject of a multi-year battle between the town (residents and officials) and the developer, who purchased the property in August 2015 and proposed several possible development options, including age-restricted zoning, five single-family two-acre lots, and multi-family developments ranging from 16 to 35. The Land Trust eventually purchased the land as part of a CT state open space preservation initiative.

“The CT Mirror article includes a quote from attorney Anika Singh Lemar calling out the Town of Wilton and, by default, the Wilton Land Trust for purchasing land she says otherwise might have been used for affordable housing,” Vanderslice wrote. “Ironically, most of the funds to purchase 183 came from a State Open Space grant. The opposed development was $1 million townhomes.”

Vanderslice added that such purchases had happened in Wilton’s past to prevent any kind of development, not just higher-density housing. “Historically, Wilton open space purchases were made to preserve large farm parcels, such as Ambler Farm, in an effort to maintain aspects of our agricultural history and our town’s pastoral beauty, which otherwise would have been lost to McMansions, not affordable housing,” she wrote.

Despite what critics say, Vanderslice said the town is actively working to increase affordable housing.

“Wilton’s zoning regulations required affordable units before it became a state requirement. Resident-lead initiatives resulted in the construction of deed-restricted affordable single-family homes and affordable senior housing. The Town of Wilton and the State of Connecticut provided land for the construction of affordable housing. Residents donated towards the cost of Wilton Commons, an affordable senior apartment building. This year, town employees have been working to make the proposed 17-unit on Hubbard St work. The list goes on. To say we don’t recognize our obligations to provide affordable housing is just not based on the facts,” she wrote.

Vanderslice is hoping that Wilton residents will take more notice of the conversation that’s been happening at the state level, but only recently becoming a louder part of the local political discussion. She asked Wilton residents to pay attention and participate more in that conversation.

“During a time when we are all overburdened with COVID, it is hard to muster the time and energy to get involved in yet another time-consuming issue from the folks in Hartford and New Haven. Nonetheless, we must,” she wrote, adding that area first selectmen/women and planning and zoning commissioners, “regardless of party, are uniting in opposition to these proposals.”

She offered links to several online resources, including: