Home News Breaking News Vanderslice OP-ED: Back from “CT in the Nation’s Capital” 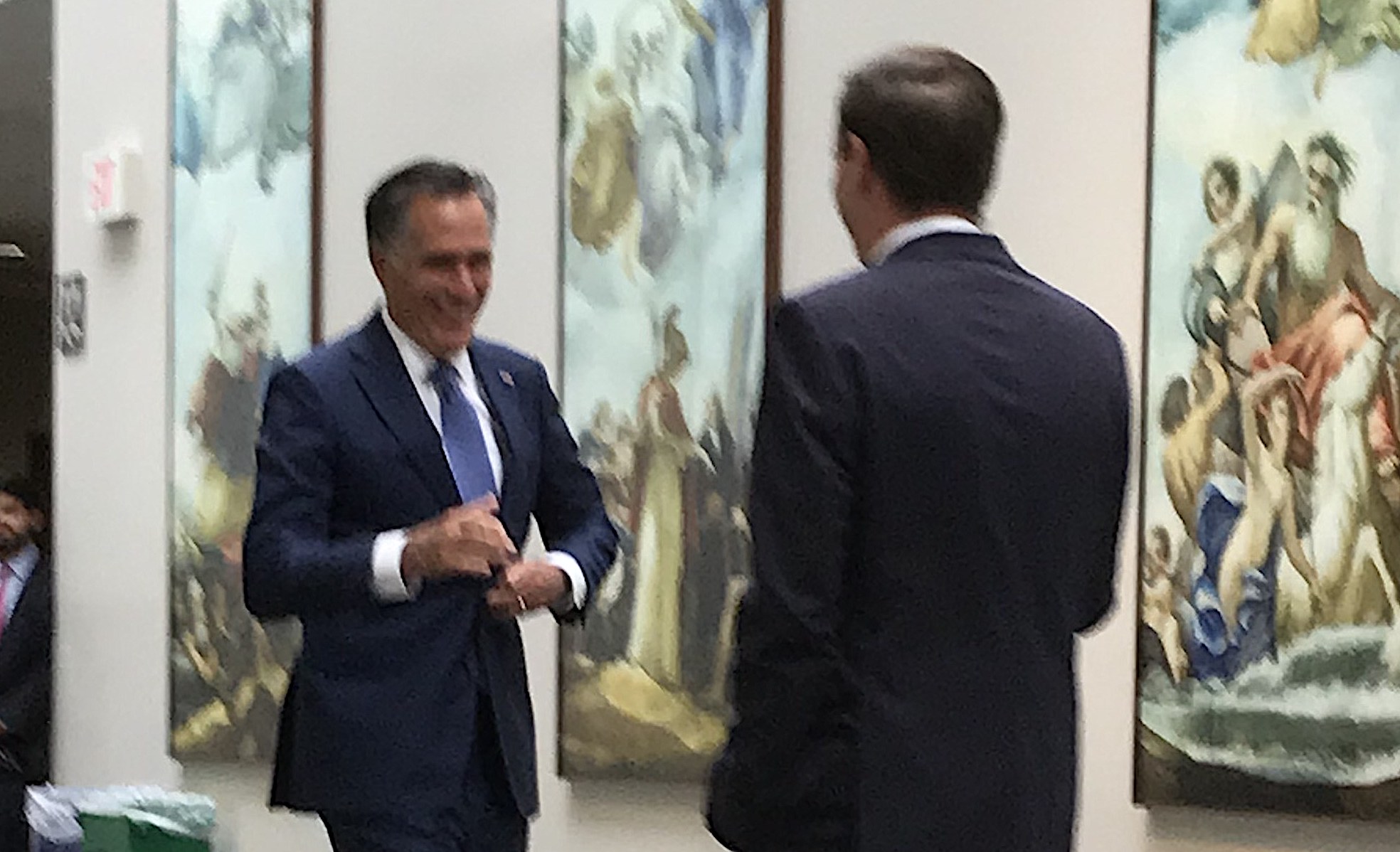 I was fortunate to spend a couple of days last week in DC attending “Connecticut in the Capital,” hosted by Senators Blumenthal and Murphy.

We heard from Senators Jones, Toomey, Brown, Schatz and Romney along with panelists on a range of topics, including trade, technology, privacy, foreign affairs and the opioid epidemic.

One true highlight was hearing this bi-partisan group of Senators talk about their partnerships with those from across the aisle. Not something you typically read about in the news!

The relationship between Senators Murphy and Romney, developed during their recent travels together to the Middle East, was on full display, as captured in my photo of Murphy introducing Romney.

We received a master class on history and diplomacy from Former Under Secretary of State Tom Shannon, who spent 35 years with the State Department, and were given a tour of the political landscape by Stamford native and co-author of POLITICO Playbook Jake Sherman.

I was sitting next to Dan Smith from Wilton’s Mountainside for the opioid discussions. He subsequently provided me with his valuable perspective.

In addition to municipal leaders, the event was attended by business, nonprofit, education, other government and faith leaders from across the State. I thank Senators Blumenthal and Murphy for providing this great opportunity.

For anyone curious, these were working vacation days and I paid for my hotel, travel and expenses. There was no cost to the Wilton taxpayers.