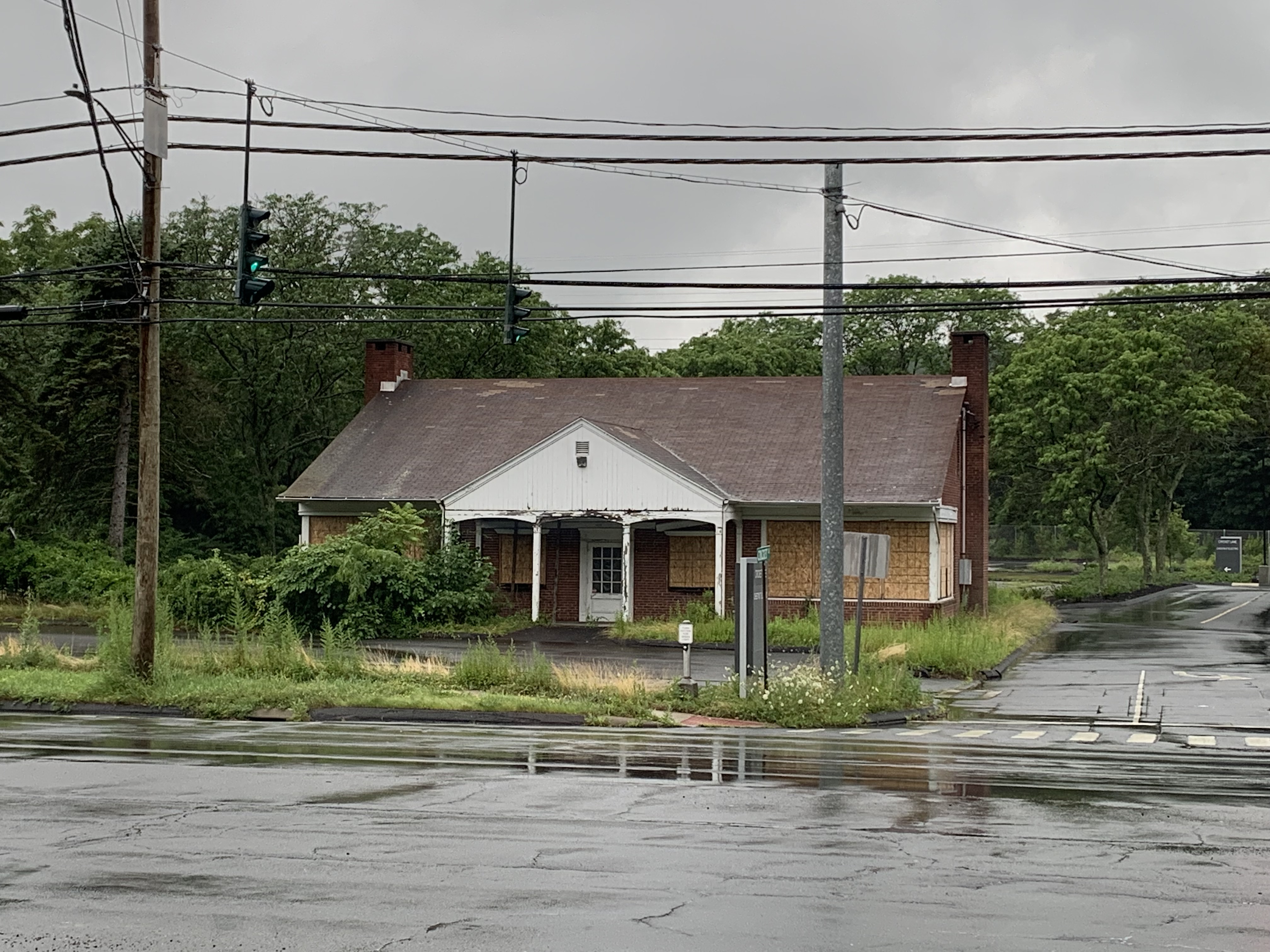 UPDATE:  McFadden contacted GOOD Morning Wilton to clarify that the Church is aware of the property’s appearance, and will hopefully be able to attend to the overgrown weeds and grasses soon. He said they want to begin clean-up this week. Church officials still have to secure demolition permits to begin bringing down the structure–something they hope will happen in the “next couple of weeks,” but that demolition will not be able to begin as soon as this week.

The building that sits at 241 Danbury Rd. is certainly sad looking. Boarded-up and surrounded by overgrown weeds, it registered a SeeClickFix complaint last week to town officials–although the building’s condition is likely an issue already on their radar, given that the structure sits directly across the street from Town Hall.

The land and the building was recently purchased in January 2019 by the Church of Jesus Christ of Latter Day Saints (commonly referred to as the Mormon Church), which intends to build a meetinghouse on the property. But there’s been no movement or progress since the purchase was announced and officially completed at the time.

Jack McFadden, a Wilton resident and member of the local church ward, told GOOD Morning Wilton that church officials are aware of the situation and are moving forward with plans to rectify the site’s appearance by bringing down the building.

The property is a very visible location, one that has long been eyed as a potential site for redevelopment along the Danbury Rd. corridor. It sits just south of the new Wilton Wellness Center, the medical building that opened in August 2018.