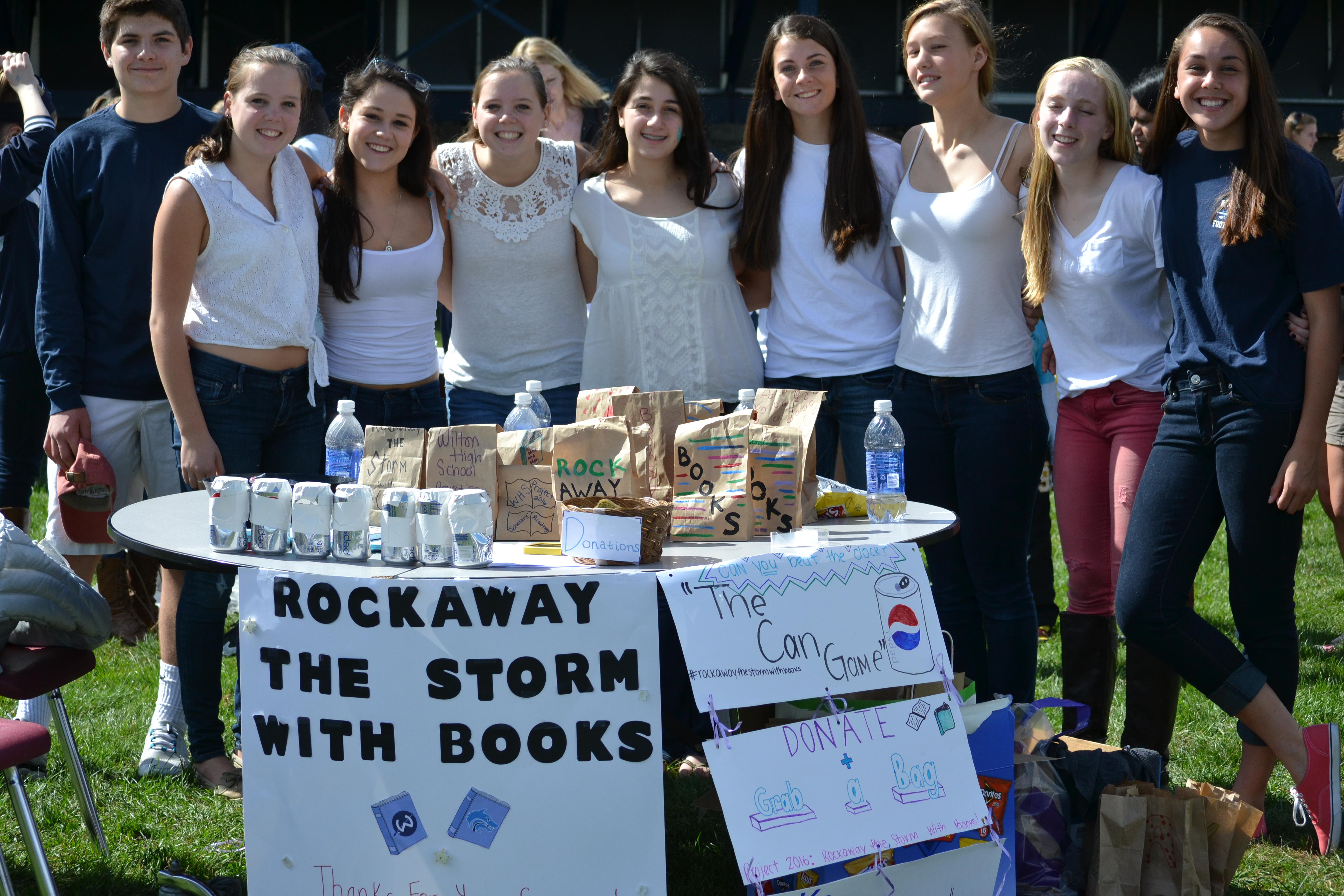 While the effects of “Superstorm Sandy” are still being felt in the New York area’s hardest-hit towns, Wilton High School’s class of 2016 didn’t want to sit around idle without doing something. Two sophomore girls, Elizabeth Craven and Amanda Craven, have been spearheading “Rockaway the Storm” with a book drive to collect books for The Scholars Academy in Rockaway New York.

The whole idea started when the class of 2016 was looking for a project to get involved with, and thought why not choose a project that was close to home? Sophie Delfeus and Elijah Sanon were two A Better Chance (ABC) alumni students who came to Wilton from The Scholars Academy and that inspired both Craven girls to want to help the New York school rebuild their classrooms, which had been destroyed in the storm.

After the initial storm devastation, people were very willing to help donate books to Scholars Academy; unfortunately they were not the type of books the school could use or teach. The Craven sisters found out which books were most needed and created a drive to collect the proper books.

The sisters and the class of 2016 are asking the entire community to come together to help them reach their goal, and they’ve already received a great deal of support. Barnes & Nobles in Norwalk has a display at customer service where people can buy a copy of one of the books on the list to be donated to the school; on the first day of this program, fourteen books had already been donated. Similarly, the publishing company Little, Brown and Company has agreed to donate 200 free copies of the book Rebecca to the cause.

Of course, Wilton High School students have stepped up to help out. “I thought students would rally together for this cause because I think in general my peers are very willing to help others,” Elizabeth said.

There will be a bake sale on Oct. 11 in front of the Village Market to help raise money for the effort; book donations from the list will also be accepted there. The last day to donate books or money is Oct. 28 at the high school. Currently the girls have raised over $600 for the Scholars Academy and they hope to raise more before October 28.

To show their appreciation The Scholars Academy will be throwing a pep rally for the Craven sisters on the day they drop off the books, to thank them for what they have done. “Knowing I’ve made such a difference makes me feel glad and hopeful that if we were in their position others would rally to help us,” Elizabeth said.

Interested in making a book donation to help the Class of 2016 project? Bring any of the books below to the Village Market on Oct. 11 or drop them at the high school.