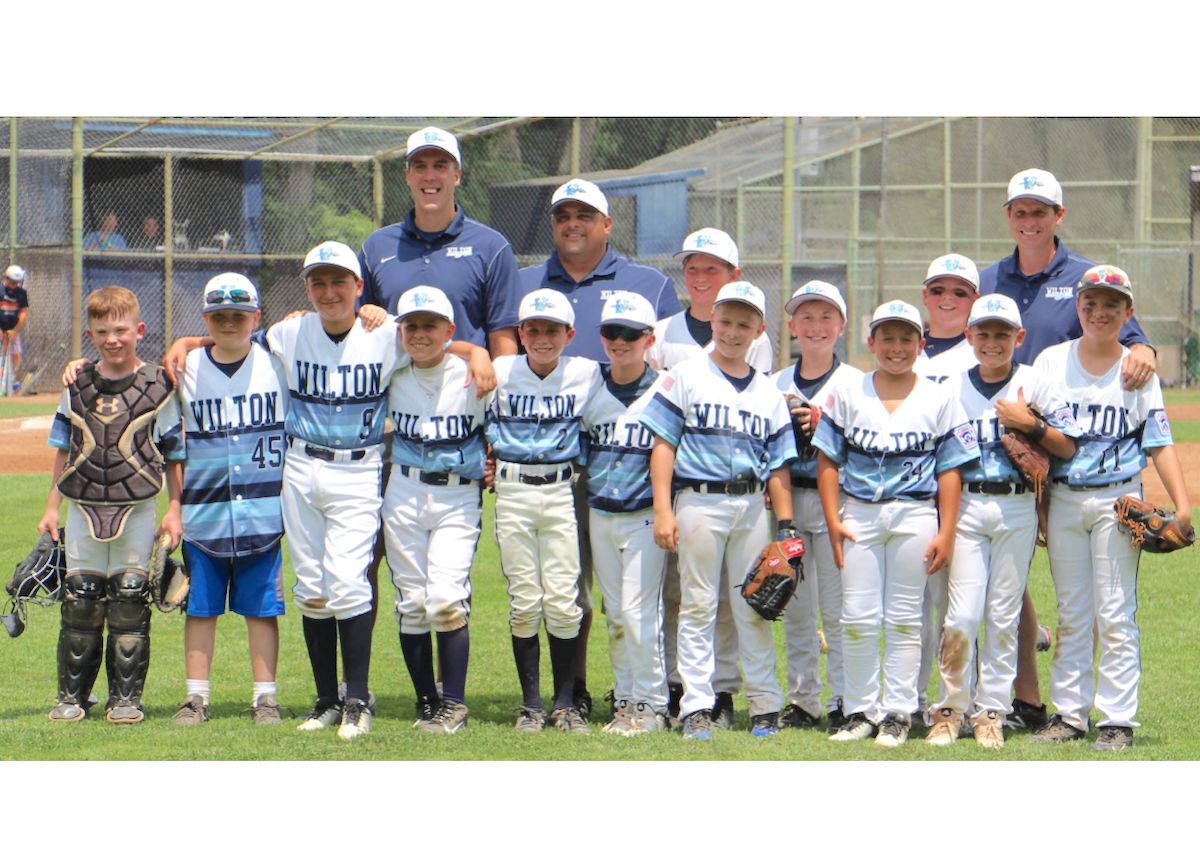 Connecticut’s District One 10U Baseball Tournament will culminate on Wednesday night, July 10, at Springdale Field in Stamford, with Wilton playing Darien. With Wilton entering Wednesday night with a 2-0 record in the double elimination tournament, their opponent will have to beat the team twice in order to win the championship.

In five District games Wilton has scored 49 runs vs. only nine runs allowed. Strong starting pitching has provided the foundation for the team, with Colton Smith and Charlie Cretella leading the way with 39 strikeouts and only one earned run allowed in 21 innings. Anthony Palumbo has thrived in the closer role with 10 strikeouts in five-and-a-third innings, while Jeff Fox impressively struck out the side on 10 pitches against Stamford National.

The pitchers have received plenty of support from their defense, lead by Mario Coppola and Cretella at shortstop, Gavin Toohill at second base, Smith at third base, and Peter Braid at first base.

The catchers have kept opponents’ stealing in check with Keegan Kazan and Palumbo manning the position effectively.

Dennis Dustin, Gavin Levenherz, Casey Meyer, Greg Bocchino, Fox and Ethan Driscoll have formed an impressive outfield coalition, knocking down balls and hitting cutoffs quickly throughout the tournament to keep runners from taking an extra base.

The offense has been lead by Cretella, Smith, Meyer and Coppola with 10, nine, eight and seven hits, respectively, with Levenherz and Palumbo driving in five runs apiece. Braid and Toohill have set the table in the top two spots in the order, scoring a combined 13 runs, while Fox has gone an impressive four-for-six in District play. Dustin has scored five runs while Driscoll, Bocchino and Kazan have had key hits for Wilton.

Fans are encouraged to come out to Springdale Field in Stamford on Wednesday, July 10 as the Wilton boys attempt to raise the 10U District One banner for the first time since 2013. Game time is 7 p.m..