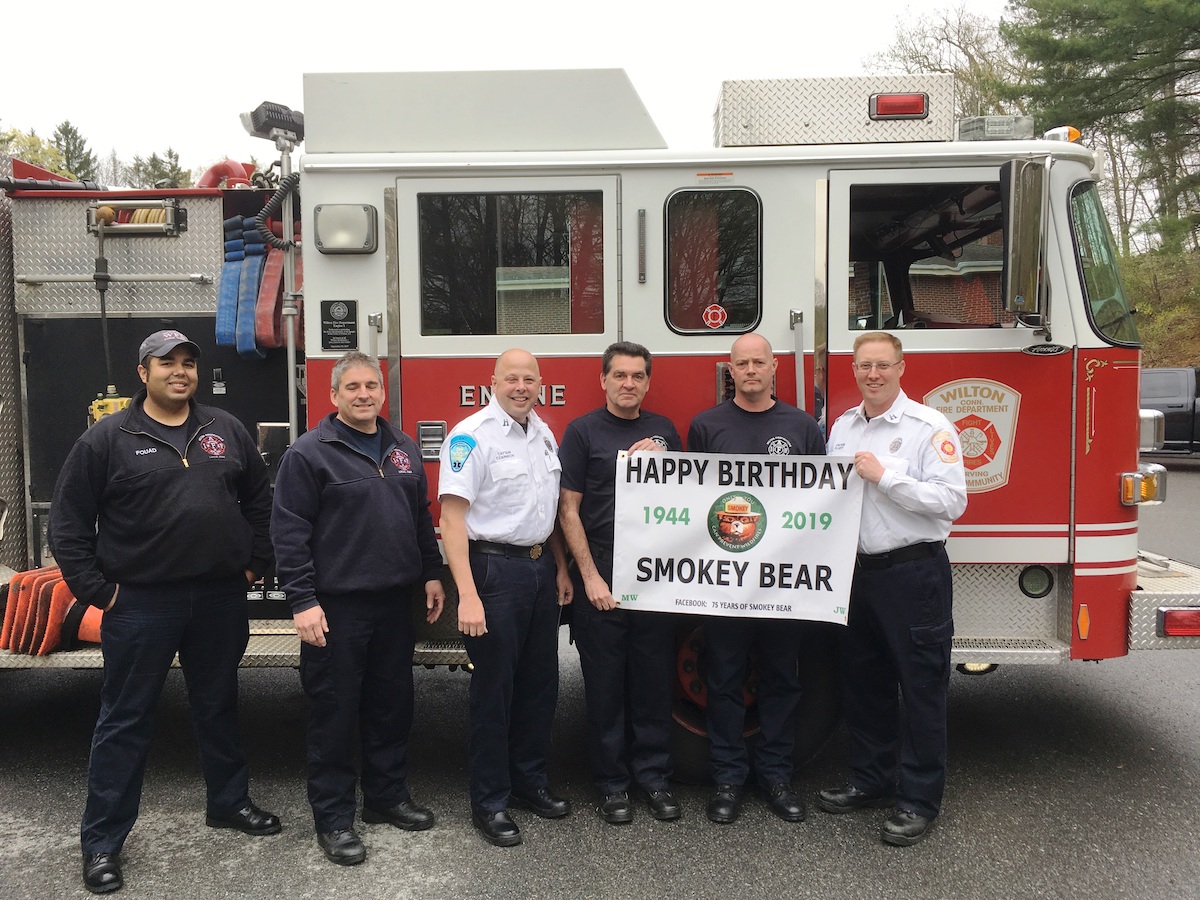 The following is a message from Capt. Brian Elliot of the Wilton Fire Department.

Smokey Bear was born on Aug. 9, 1944, when the U.S. Forest Service and the Ad Council agreed that a fictional bear would be the symbol for their joint effort to promote forest fire prevention.

The first poster depicted a bear pouring a bucket of water on a campfire and saying, “Care will prevent 9 out of 10 fires.” Smokey Bear soon became very popular as his image appeared on a variety of forest fire prevention materials. In 1947, his slogan became the familiar, “Only YOU Can Prevent Forest Fires!”

Then in the spring of 1950, in the Capitan Mountains of New Mexico, a young bear cub found himself caught in a burning forest. He took refuge in a tree, and while managing to stay alive was left badly burned. The firefighters who retrieved him were so moved by his bravery, they eventually named him Smokey.

News about this real bear named Smokey spread across the nation, and he was soon given a new home at the National Zoo in Washington, D.C.. The living symbol of Smokey Bear, he played an important role in spreading messages of wildfire prevention and forest conservation. Smokey died in 1976 and was returned to Capitan, New Mexico, where he is buried in the State Historical Park.

For 75 years Smokey Bear has been diligently working to prevent fires and his work is far from over. On Friday, Aug. 9, please join us at the Wilton Fire Department in saying, “Happy Birthday Smokey Bear!”