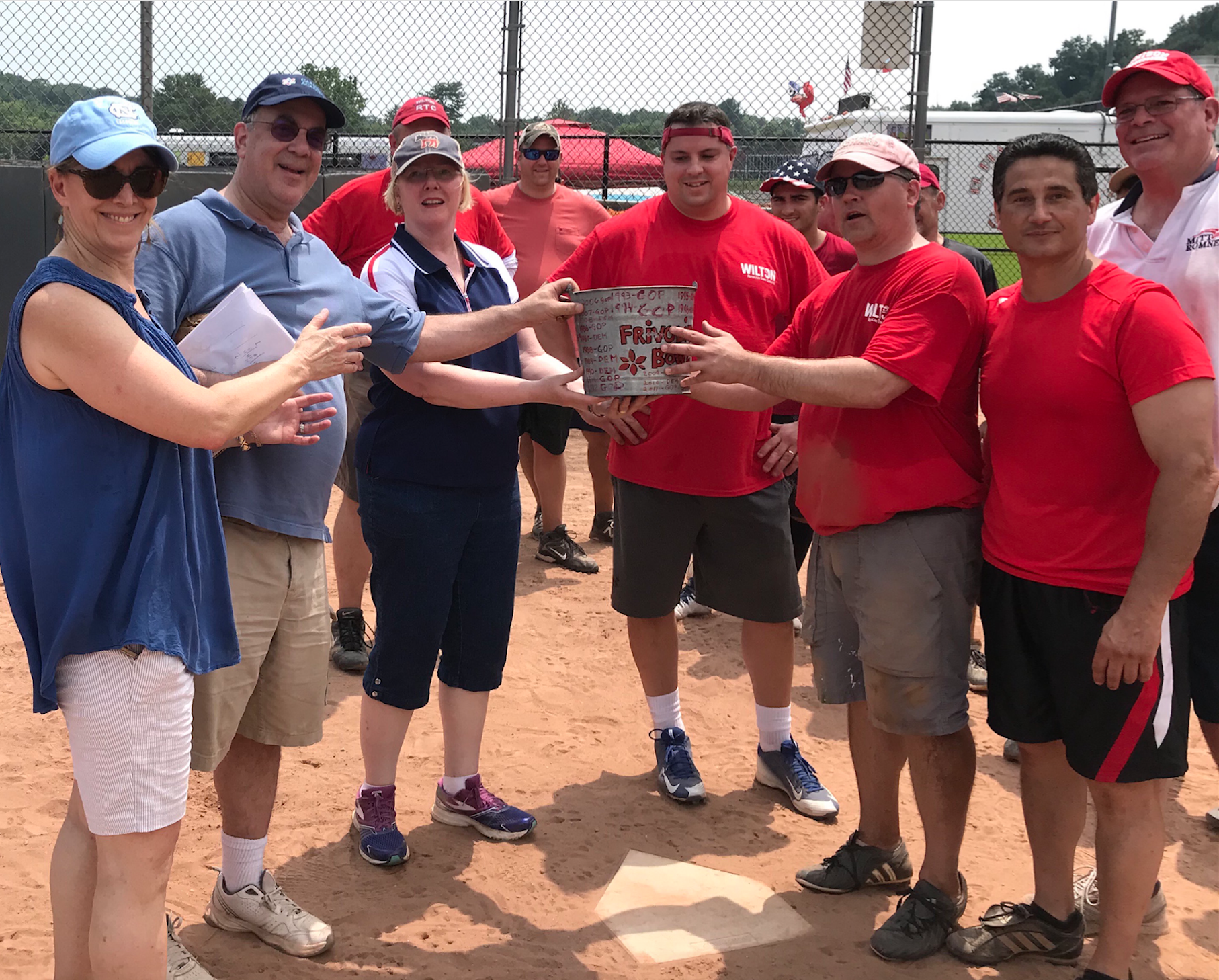 Even with the addition of a couple of out-of-town sluggers, the Wilton Dems could not hold back the GOP in the annual July 4th Frivolity Bowl softball game Wednesday. The Wilton Republican Town Committee won 19-7, something the Democratic Town Committee says was at least “a far cry from last year’s very one-sided, 21-1 affair.”

Candidates running this year for election on both sides of the aisle attended the game, with some pitching in to play and others cheering from the sidelines. Congressman Jim Himes and state senate candidate in the 26th district Will Haskell of Westport played for the Wilton DTC, with moral support from Probate Judge candidate Doug Stern and candidate for state representative in the 143rd district Stephanie Thomas, and Wilton’s Ross Tartell, candidate for representative in the 125th district.

This was the 52nd year that the political foes faced off in friendly field play. The annual battle of the bats is an Independence Day tradition for the Wilton town committees that lives up to both the spirit of the holiday and the “frivolity” it promises.