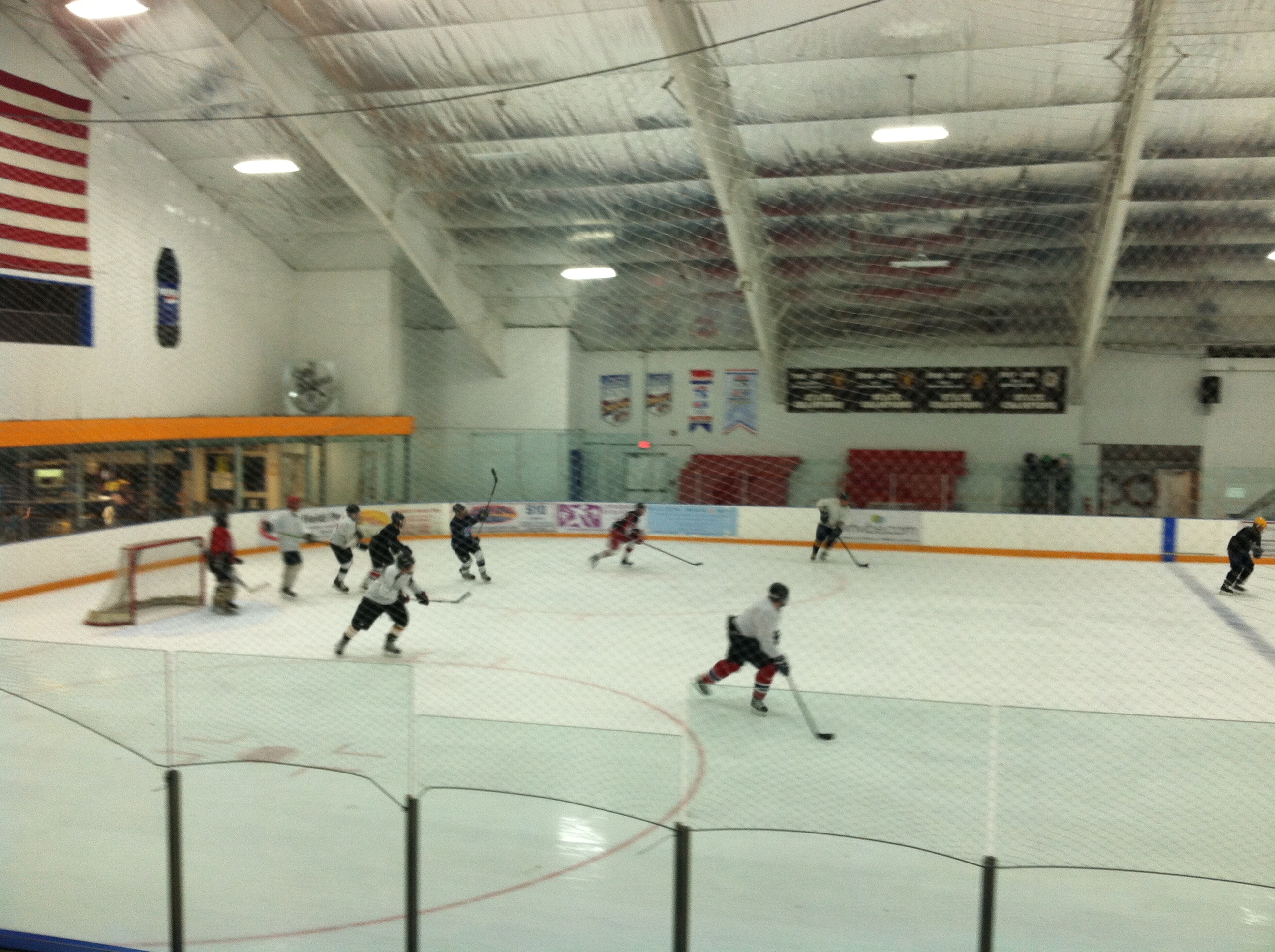 Thursday night, May 15, just over 200 area hockey players began participating in Play For Purpose, a 72 hour hockey game to raise money for three local charities:  Maria Fareri Children’s Hospital, Fisher House of Connecticut, and UConn’s Entrepreneurial Bootcamp for Veterans.
That means they’re still playing right now, and will be all weekend!
Among the participants are 17 hockey players from Wilton:  Ben Foodman, Julia Foodman, Marc Foodman, Bill Budd, Conor Kilmartin, Dave Boudreau, Derek Thomas, Derek Prario, Eric Osterberg, Jack Walsh, Jake McCully, Jake Tucker, Jim Murphy, Taryn Murphy, Ken Kempson, Michael Hekle, and Mitch Alexander. They include current Wilton High School hockey players, including the goalie (Prario), as well as adults.
The Wilton players are playing on different teams, each of which will be skating in a relay format, taking turns in three hour schedules. Even though he’s more of a once-a-week, recreational player, Wilton dad Marc Foodman (whose high school kids Ben and Julia) are also taking part) said, “I’m not used to playing three hours–we’re not NHL players. But I love to play and it sound like a lot of fun, especially for a good cause. I’m sure it will be very friendly out there”
The group is aiming to set the record for the longest continuous hockey game in U.S. history. The event is being held at the Winter Garden Ice Arena in Ridgefield. Contributions can be made online at the Play For Purpose contribution page.  Spectators are welcome at the arena.  There will be various special events throughout the weekend, including a silent auction of hockey memorabilia, and an appearance by former team USA member Erica Lawler.
Organizers have amassed some interesting facts on the group of 200 players: