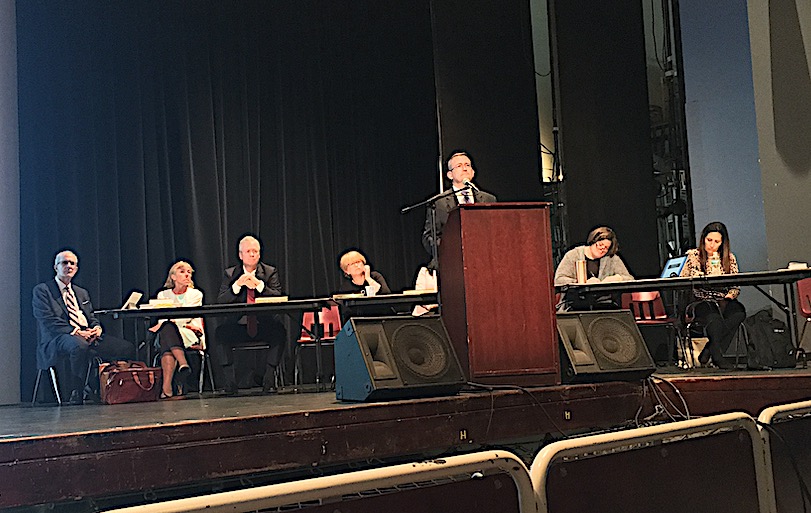 Wilton held its Annual Town Meeting (ATM) Tuesday evening, May 7, the last stage in a long, budget-setting process to determine what the operating and capital budget will be for the town for Fiscal Year 2020. An estimated 400 people attended the meeting to review the numbers presented by the three main town Boards–Finance, Education and Selectmen–before approving a proposed budget which will now go to the entire town for a vote on whether or not to approve.

During the meeting, there was discussion following the presentation, and residents spoke for and against the budgets as presented. One motion was made to cut the BOE budget by $1.5 million but that was defeated.

Voters present at the ATM were able to vote at the end of the meeting, with the choice to approve the budget as presented or to reject the budget (either as too low or too high). Residents will have a second ability to cast machine votes on Saturday, May 11, from 8 a.m.-6 p.m. at the Clune Auditorium. For those unable to attend, absentee ballots are available at Town Hall beginning today, Wednesday, May 8, through Friday, May 10, between 8:30 a.m. and 4:30 p.m.; absentee ballots must be returned no later than Friday at 4:30 p.m.. 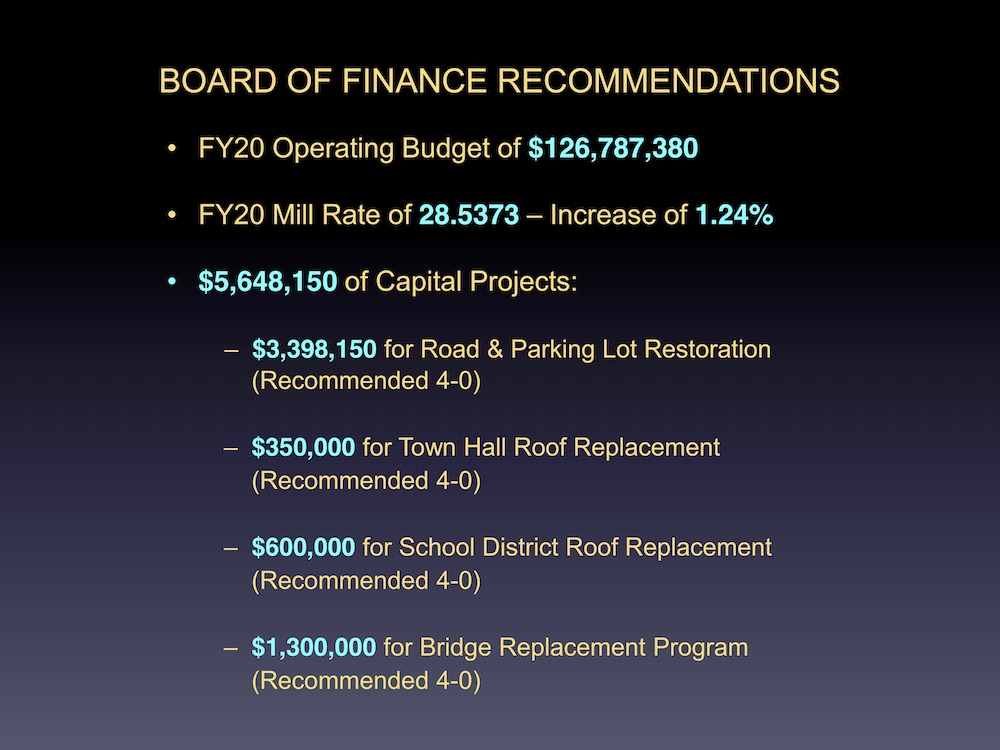