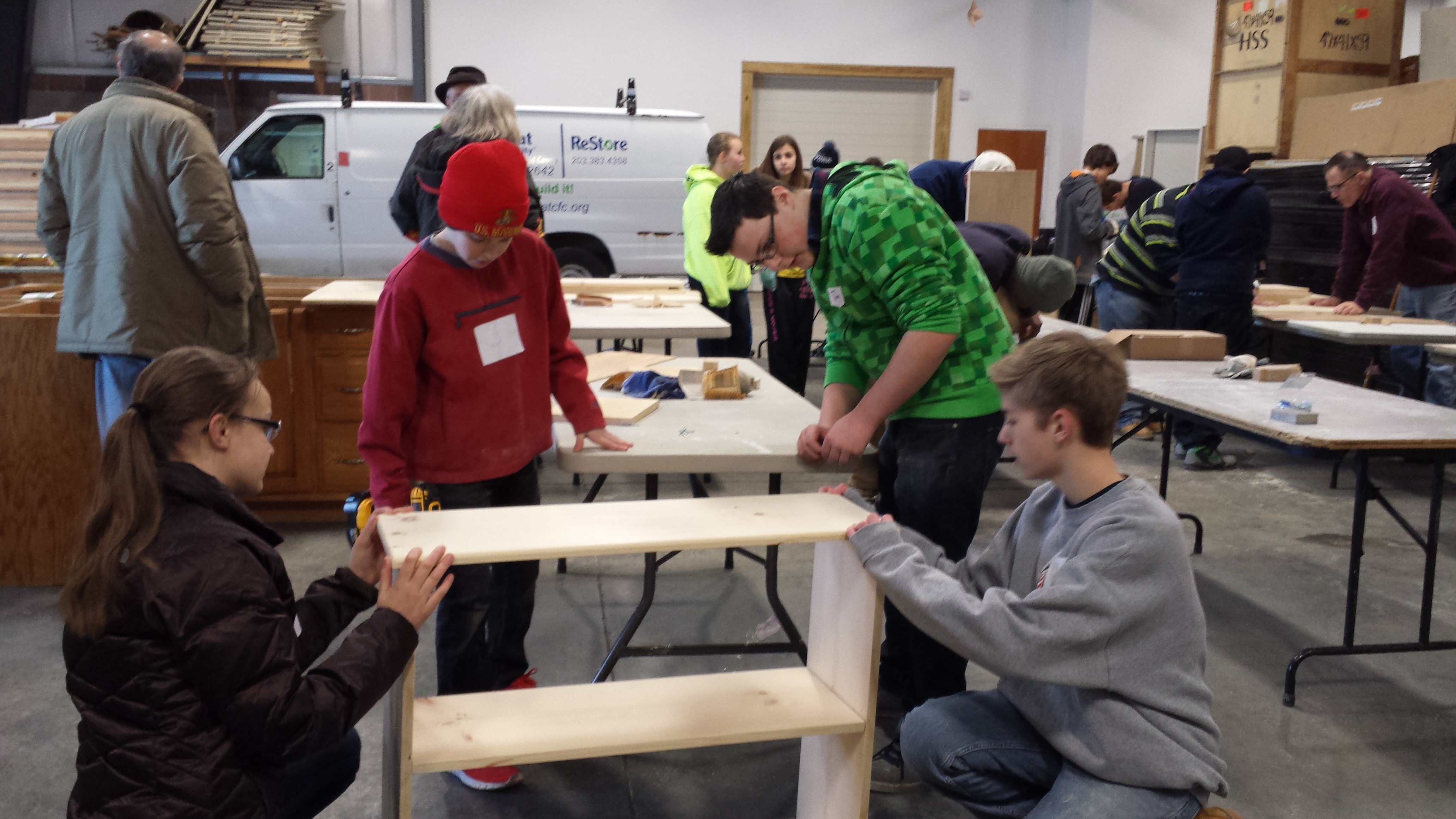 On Saturday morning, a group of middle and high schoolers from Wilton’s Youth United group, part of Habitat for Humanity‘s Coastal Fairfield County Chapter, traveled to the organization’s warehouse in Bridgeport to build and stain book cases for Habitat homes.

The Wilton kids were joined by two future teen Habitat home residents; all Habitat home recipients are required to put in a certain number of work hours on their own homes. During the building session, one Habitat teen was visited by his mom, who said, “This is great because he is going to be the family handyman in our new house!”

Over the lunch break, Wilton Youth United members were joined by teens from Monroe, Trumbull, Orange, and other towns who had been working on site that day at a Habitat home in Bridgeport (on site work must by done by volunteers aged 16 and up). It was terrific to see the younger kids learn about what the older kids were up to! Our Wilton group currently has five 15-year-old members who are ready to step up to on-site work sometime in the coming year.

There were plenty of smiles as all the kids worked together to help to build pieces for new Habitat homes. Despite having to be out the door at 8 a.m. on a Saturday, my own son worked so hard, had a blast, and even skipped half of lunch to keep working. Not only did he get to work together with his project partner, a seventh grader he didn’t know before yesterday, he felt so proud at the end of a day of hard work–he was literally jumping around. I loved Saturday on so many levels.

At the end of the trip, the group had completed eight book cases, each one signed on the back by the kids who made them. Many thanks to Margie and Stu Holcombe of Wilton, who created our Youth United Chapter last fall, and who worked along with the dedicated staffers and volunteers at Habitat for Humanity of Coastal Fairfield County to organize such a fun and productive day!