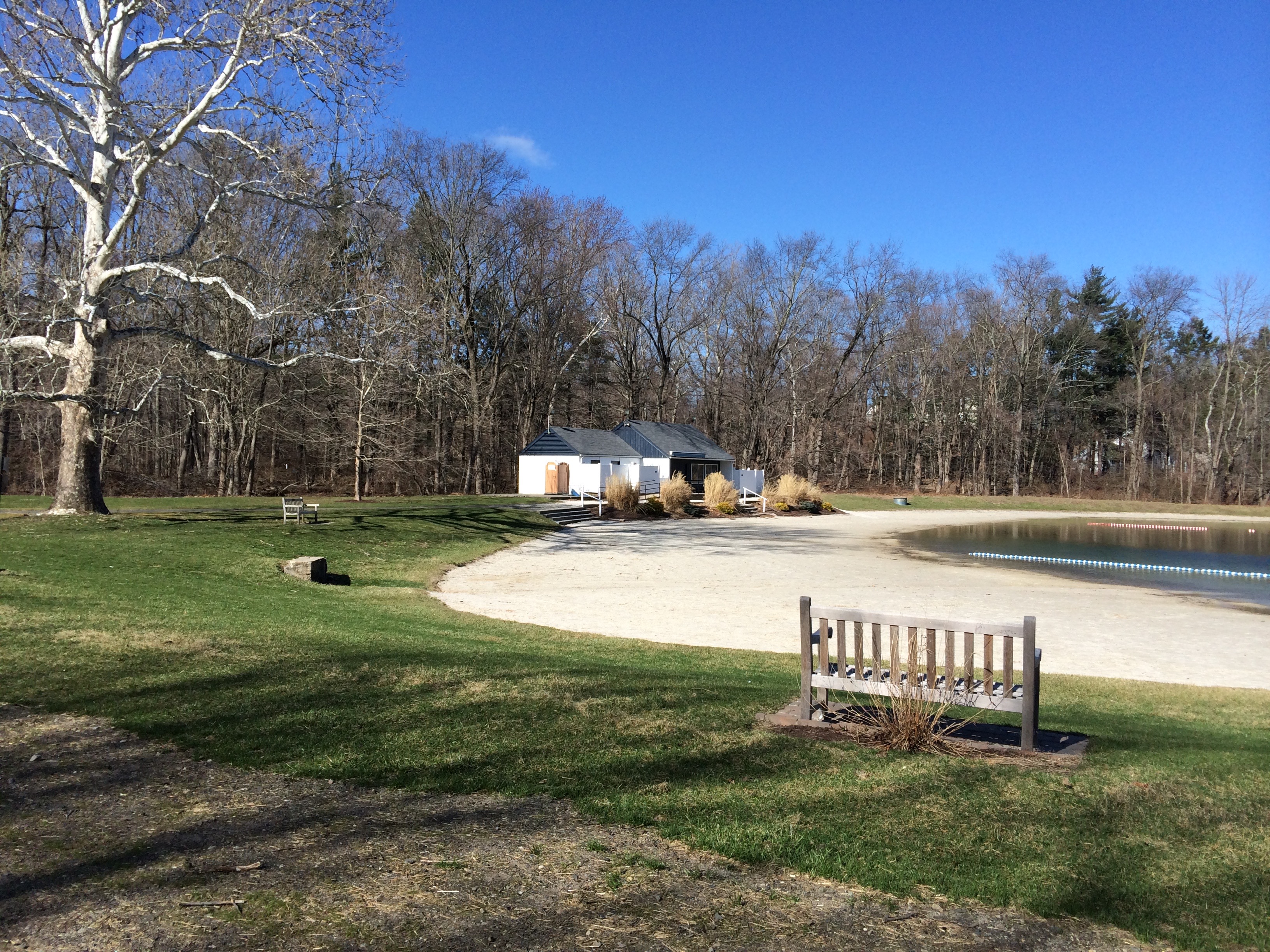 In January 2017 Wilton officials formed a committee to formalize their interest in improving two of Wilton’s beloved parks, Schenck’s Island and Merwin Meadows. Earlier this year, the Schenck’s Island and Merwin Meadows (SIMM) Committee published an RFQ (Request for Qualifications), seeking proposals from qualified design professionals to provide a plan for renovating and connecting the two parks. Fifteen design firms answered the request; nine submitted proposals by the deadline and the top four were invited to make face-to-face presentations to the Schenck’s Island and Merwin Meadows (SIMM) Committee.

After much thoughtful consideration and due diligence, the Committee presented their design firm recommendation to the Board of Selectmen in early August.

Dan Berg, a former Economic Development Commissioner and chairman of the SIMM Committee, says that Middeleer Land Design LLC was unanimously selected based on “the mix of Wilton knowledge, creative approach, prior relevant experience, an apparently deep understanding of the Committee’s goals, and the diversity and ‘bench strength’ of the assembled team.”

Some of the desired goals of the renovation, as laid out in the RFQ, are to design spaces that are welcoming for all age groups and abilities; improve park aesthetics; create usable year round open spaces which encourage community gatherings, both town sponsored and private; as well as incorporate the Norwalk River Valley Trail (NRVT) as a through-path in both locations and also as a connector between them, through Wilton town center.

“There’s so much untapped potential here,” says Berg. “Particularly when you consider the placement of both Schenck’s Island and Merwin Meadows. A town center bookended by two parks is a rare opportunity, and one that should be explored. Wilton town center is a bit of a diamond in the rough–too many people don’t know about it.”

The theory town officials promote is that by enhancing the draw of both parks and then connecting them by way of the NRVT, the natural outcome would be increased awareness of, and foot traffic through, town center, by not just residents but visitors as well. The overall vision for Merwin Meadows is largely one of upgrades, rather than changes. Improving the playground, the boathouse, the grills, and the volleyball courts are among some of the considerations, as are the installation of a dog park and a bocce court.

On the other hand, the overall vision for Schenck’s Island is more significant and focuses on improving the “usability” and value of the park, while focusing strongly on maintaining its natural character and avoiding “development,” permanent man-made structures, and the like.

“We’re interested in exploring how to further enrich Schenck’s Island by mowing and replanting the small section of the park just south of the parking lot to the rock wall and trees to make it a larger lawn for public gatherings, such as concerts, plays, and perhaps even a temporary ice rink,” explains Berg.

“At the same time we’re eager to keep the rest of the meadow largely intact, to maintain its sense as a place of refuge and an opportunity to be in nature,” he adds.

Preliminary ideas include more trails, improved views of, and access to the river in certain places, rocks and benches as resting spots or viewing platforms, and play areas for children built with natural materials such as logs, rocks, ropes, and berms for balancing, climbing, rolling down, and swinging.

“As we’ve studied and pondered what’s possible for both of these parks, our vision has largely been driven by our interest in promoting and inspiring long-term environmental stewardship within the Wilton community, while also considering what we can do at the same time to enhance economic development in Wilton Center,” says Berg.

Since Berg’s update and recommendation to the Board of Selectmen on Aug. 6, the next step is the execution of the Middeleer contract, subject to finalized legal review, with the goal of getting Middeleer started in September. The firm’s activities will include (but may not be limited to) site walks, meetings with appropriate town departments, meetings with the SIMM Committee, land surveys, more detailed quotations for line-item amenities the committee has proposed, a handful of public meetings to solicit input and other ideas.

Berg and the SIMM Committee encourage and welcome input and engagement from the Wilton community.

“All SIMM Committee meetings are public, noticed on the town website, and anyone is welcome to attend if they’re interested. The RFQ that the committee wrote, as well as Middeleer’s response, are both publicly accessible on the town’s website. The public is encouraged to read the committee’s vision and ideas for the parks and we hope residents will respond to the concepts put forth, as well as share their own ideas,” says Berg.