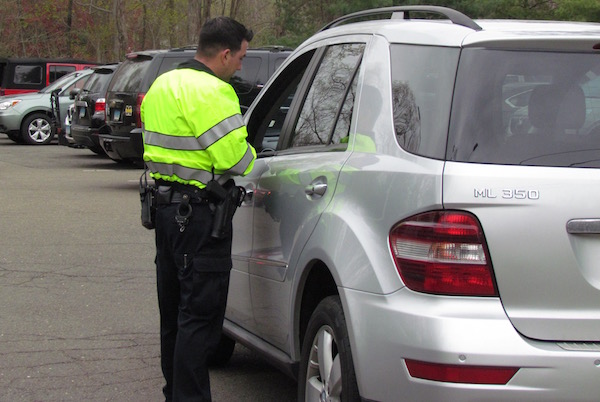 The following article was submitted by the Wilton Police Department.

The Connecticut Department of Transportation’s Highway Safety Office, along with state and local law enforcement, is currently conducting its “U DRIVE. U TEXT. U PAY.” campaign in Wilton now through Oct. 15, 2020. Through this initiative, Wilton Police Department officers will be cracking down on motorists who text, talk, or distract themselves with a hand-held mobile phone while driving.

This high-visibility enforcement effort is a partnership with the U.S. Department of Transportation’s National Highway Traffic Safety Administration (NHTSA).

Over the past decade, distracted driving has become one of the leading causes of vehicle crashes on the nation’s roads. According to NHTSA, between 2012-2017, nearly 20,000 people died in crashes involving a distracted driver. From 2018-2019, there was a 50% increase in fatal distracted driving crashes.

Since 2015, more than 38,000 crashes in Connecticut have involved a distraction. Pedestrians and cyclists represent less than 0.5% of those involved in distracted driving crashes, but they account for 27% of the resulting deaths.

“People know texting and driving is dangerous and illegal, but many do it anyway, putting others at risk,” said Joseph Giulietti, Commissioner of CT-DOT. “In Connecticut in 2019, more than 6,600 crashes were attributed to distracted driving.”

More than 40 law enforcement agencies, both state and local police, including Wilton Police, will be participating in the campaign from Oct. 1-15.

“More and more motorists are back on the roads, returning to work and school,” Giulietti added. “If law enforcement sees you texting and driving, they will stop and ticket you.”

Violating Connecticut’s distracted-driving laws can be costly. Drivers who are ticketed are fined $150 for the first offense, $300 for the second offense, and $500 for the third and subsequent offenses.