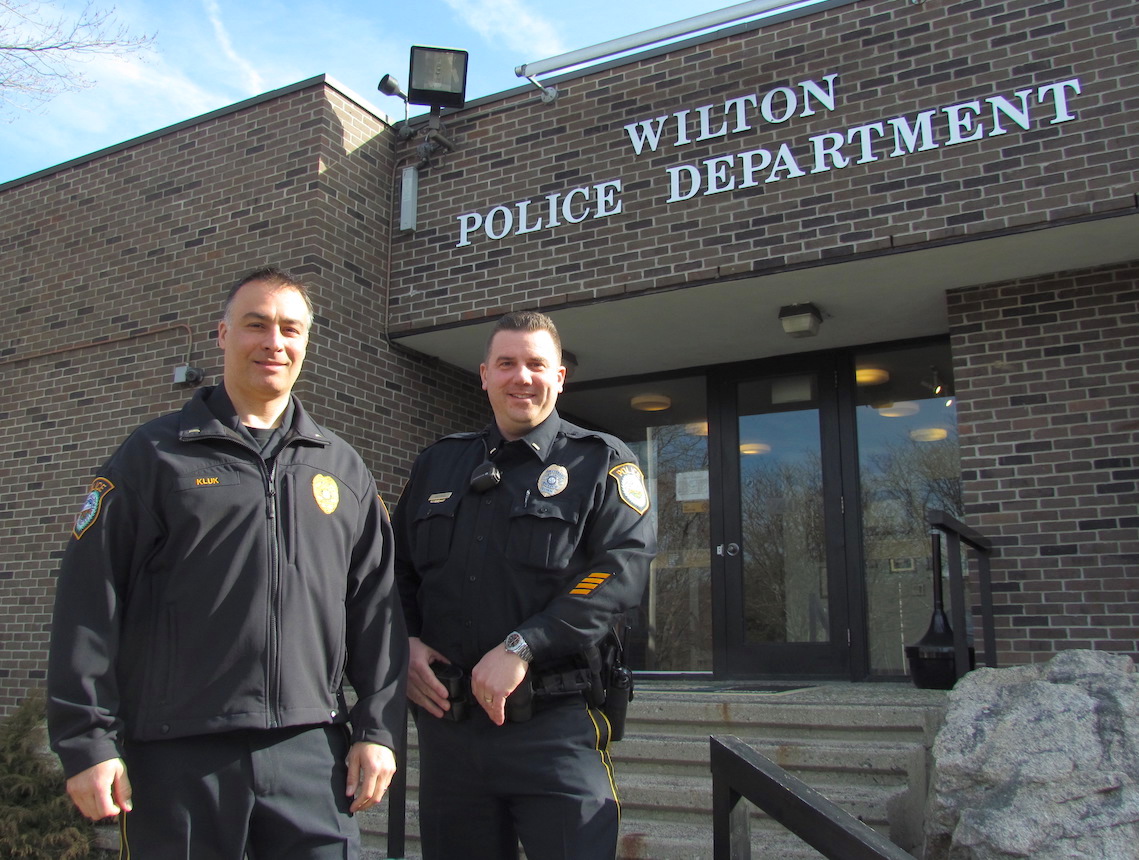 Wilton Police are dedicated participants in various efforts on behalf of the Special Olympics, a special fundraising partner for police nationwide. Members of the town’s police force have carried the torch while running the local legs of the annual Torch Run; they’ve also served dinners at restaurants around town to donate earned tips; they’ve even overcome the fear of heights to rappel down multi-story buildings, all in the name of raising money to support the cause.

But now, two of Wilton’s finest will go to an even higher extreme in order to fundraise on behalf of the Special Olympics, next February, when Wilton Police Lieutenants David Hartman and Robert Kluk join a team of law enforcement officers from across Connecticut to climb Mount Kilimanjaro in Africa to raise awareness about Special Olympics CT and its athletes.

Located in Tanzania and standing at 19,341 ft., “Kili” is the tallest peak on the African continent. According to Kluk, completing this mission would be an honor.

“I have been with the Wilton Police Department for 20 years. During my entire time, I have been involved in fundraising and volunteering at events to raise awareness for Special Olympics Connecticut. For me, there is no greater incentive than to see the athletes overcome their disabilities, through their hard work and competing in the sports that they love,” Kluk says about what motivates him to “Conquer Kili.”

“Those special Olympians, they climb hills everyday in their lives and this would be a great way to showcase that, by climbing to the top of Mount Kilimanjaro. Doing something that tough, like they do everyday, and putting a CT Special Olympics flag at the top, to show our support for them,” he adds.

The expedition is a 10-day adventure altogether. It will take about six days to get to the summit and two to descend.

“I’m not really nervous I’m more excited,” Hartman says. “I’m hoping that it’ll be an inspiration to these athletes to see an ordinary guy like me who took on a challenge, and I’ve been working to lose weight and get into better shape, and to then climb the tallest mountain in the world that you can actually hike to the top of without using special equipment. It’s a huge adventure and to be able to bring awareness to the athletes in the special Olympics in this way, it’s such a cool thing.”

Summiting Kilimanjaro is a climb, but according to Hartman it’s a different kind of extended exertion. He and Kluk have begun training with several other officers from around the state to get in shape for the effort.

“It’s literally a hike, and if you look at videos of people hiking up to the summit, it’s not a race to the top, it’s slow and steady. So it’s getting used to hiking for long hours at a time because you’re on your feet for extended periods of time, and you’ll see in the videos that people are moving so slowly because as you’re going up, to eventually get to 19,341 feet, the oxygen level is only about 50% up there. People have said they take three breaths for every one step that they take because they’re constantly trying to catch their breath, get enough air and enough oxygen in their system to be able to go that next step, and that next step. That’s one of the reasons it takes so long to hike up to the top is because your body is really having to work at it.”

The team is getting together on weekends, running, hiking and even planning a trip to climb Mount Washington this summer.

“Hiking everywhere we can, get our legs used to the uneven surfaces, getting our bodies used to using less oxygen at times. One suggestion, one of the guys said was, “You take a snorkel and you put duck tape over the top of it and you punch a pencil hole and then you get on the treadmill and you go walking so you’re really having to work hard to get those breaths of air in and you’re building up your diaphragm muscles while learning to be able to hike with less oxygen during a period of time,” Hartman explains.

Both Kluk and Hartman are hoping to raise a minimum of $10,000 apiece; according to materials from SOCT, 85% of all donations received by the Special Olympics of Connecticut goes directly to the athletes, who number over 12,000 across the state and who compete in year-round sports training and competition. The organization has become instrumental in helping to change the public perception of people with intellectual disabilities.

“This is a team effort, it’s not one person. These law enforcement officers who are stepping up to help raise money for this great cause, we really want the community and the businesses to join our team and be a part of it. We want the people and the businesses to feel the positive changes that they’re making in the lives of these men and women from special Olympics,” Hartman adds.

The two Wilton officers are hoping that Wilton businesses or individuals would consider sponsoring an elevation marker. There are seven major stopping points along the way to the summit and they have a plan to take a picture of themselves at each stop holding the sponsor’s banner.

“If there are people out there who want to join our team by doing a fundraiser with us, if they have some way that they want to raise funds for the Special Olympics and they want the police department to be involved, Rob and I are happy to join them or to be a part of it. We welcome any and all help that people are willing to give us,” Hartman says.

Visit their individual pages to make an online donation directly, to either Hartman or Kluk. The team page for all the officers also links to donation opportunities.

To contact them directly about sponsorships, call the Wilton Police Department at 203.834.6260.