First there was Live Aid. Then there was Together At Home. Now comes Wilton Comes Together.

On Thursday, April 23, Wilton will be able to experience Wilton Comes Together, a “pay-it-forward” online musical event that is being organized to help the community in a time of need. It was the brainchild of Wilton realtor Marion Filley and her team at Compass CT, and is being spearheaded by one of her team members, Lori Buchanan.

“With everyone in lockdown and going stir crazy we thought, ‘What makes people happy and brings smiles?’ Live music!” Buchanan wrote in an email to GMW. After a similar effort in Greenwich was enormously successful, Marion Filley Team Advantage decided to put together an ongoing campaign they hope Wilton residents will get involved with to support local businesses.

This Thursday at 6:30 p.m., WiltonComesTogether will host its first online concert streaming via Facebook LIVE on the Marion Filley Team Advantage Facebook page. For its inaugural outing, the streaming concert will benefit local restaurants.

Performing will be Joni Wallace, a local musician who has been part of the Wilton music scene for over a decade. Organizers are asking residents to order takeout from one of 18 local participating restaurants and then post in the comments using the hashtag #WiltonComesTogether–posts can include a picture with the meal they ordered or just a comment. Marion Filley Team Advantage will draw 10 random winners from the comments, and award $50 gift cards to each lucky winner (who’ll be announced on Friday, April 24).

The participating restaurants include:

Filley says the desire to start the concert series grew out of a desire from the members of her team to help their hometown of Wilton.

“All of my team lives in Wilton and has for many years. We have witnessed the economic impact of the virus on our town and see what is happening to all the small businesses and health care providers in town. We wanted to do something to support them,” she says.

Filley and her husband, Patrick, have family members who work in the restaurant business, and they say they understand how difficult it can be. “[We] know how tough it can be when they have one bad night let alone weeks of bad nights. We thought if we could bring awareness to fellow Wiltonians and get more people thinking about supporting the restaurants it could be a win-win for everyone,” she adds. 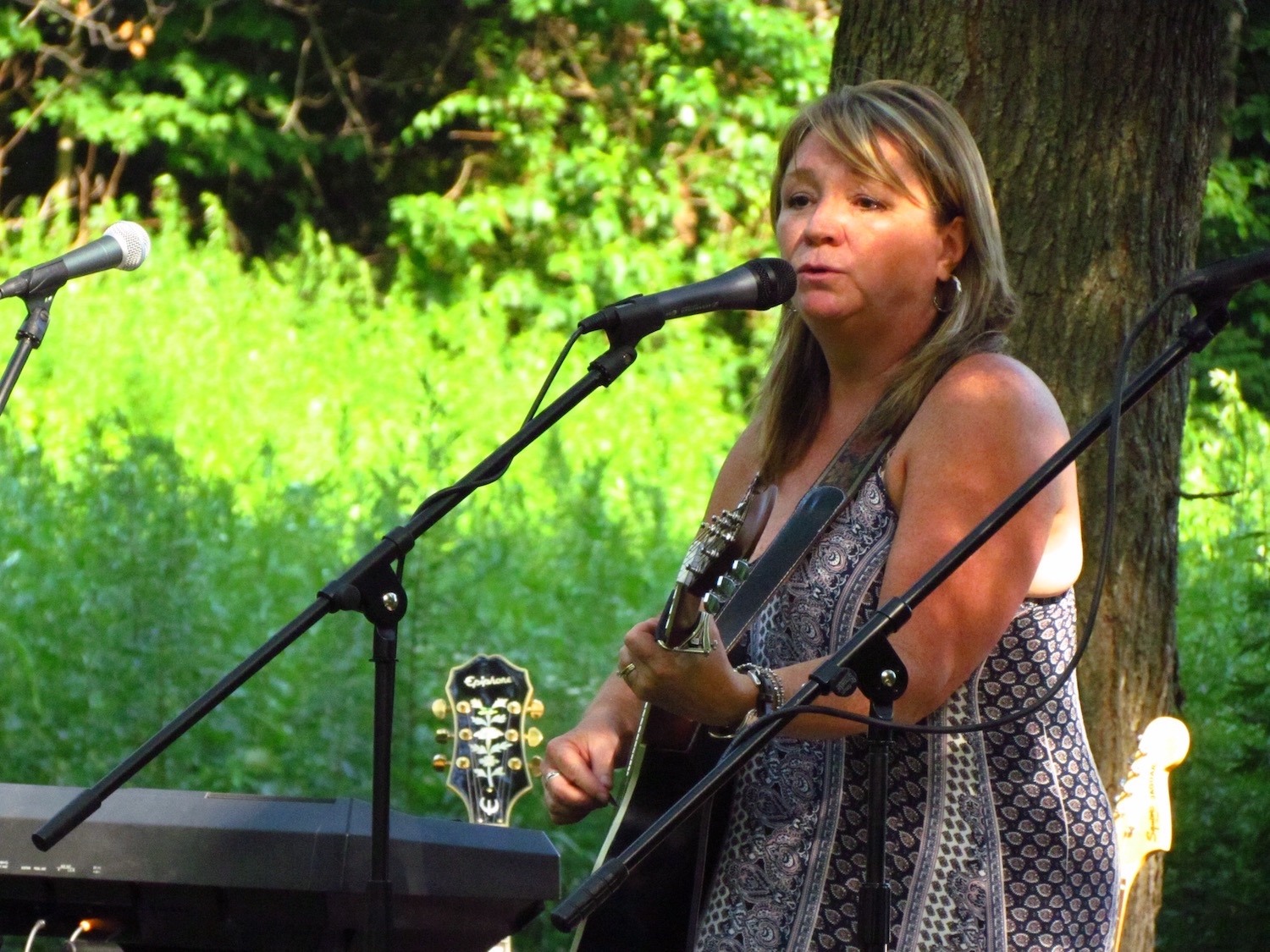 Wiltonians are likely familiar with Joni Wallace (of Joni and the Keepers). Her m.o. is to find a way to use music to bring positive energy into the Wilton community:  through her work with Acoustic Wilton supporting the Wilton Education Foundation; as a 5-year performer in the ever-popular Wilton Rocks For Food benefitting the CT Foodbank and the Wilton Food Pantry; performing in the Wilton Parks & Recs Summer Concert series every summer; and running the stage for the recently launched Wilton Food Truck Festival in support of Trackside Teen Center.

Wallace immediately jumped on board and offered to play when Filley approached her.

“My first reaction was ‘of course’. And I’m so honored to be part of this in the inaugural event,” she said.

Wallace believes this event is important on multiple levels.  “One, clearly to support our local restaurants. Times are tough especially for small businesses and if we can help them we should. And in my experience, Wilton always steps up as a community to help once a need is identified. And two, it’s a great way to unite in this time of isolation. To know your neighbors and friends are all watching at the same time. I hope there are just tons of texts between friends, ‘Did you hear that?’ or ‘I love that song.'” she says, adding, “I hope I give them a great experience.”

Wallace understands how powerful music can be at a time like this.

“From people singing from the dark balconies in Italy to the recent il Duomo concert by Bocelli, the world is being brought together. Open Mic Nights online, free concerts on Instagram–it’s something everyone has in common. In the current circumstances, it reminds them of the world before this,  sharing an experience. Unlike sports, one musician can go it alone and bring light and joy to the world,” she says
.