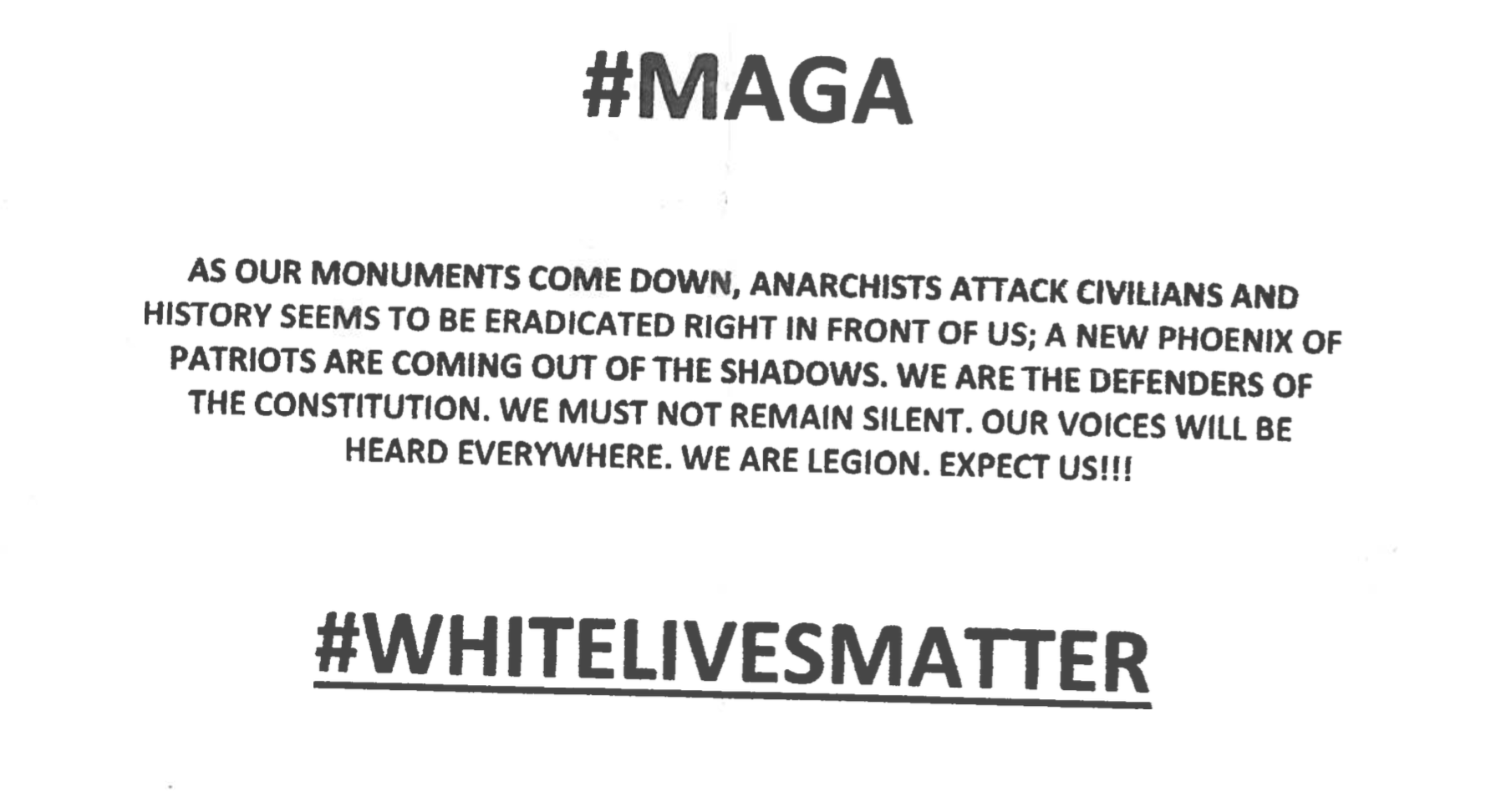 In an echo of a similar incident that took place six months ago, some South Wilton residents woke up Monday morning, Sept. 25, to find white supremacist flyers had been placed outside their homes. One Kent Rd. resident notified GOOD Morning Wilton that as he left for work in the morning, he discovered what he described as an “ominous” flyer proclaiming “White Lives Matter” lying on his driveway and sealed inside a plastic sandwich bag, weighed down with a few pebbles to prevent it from blowing away.

He also reported that his home was not the only residence on Kent Rd. to discover the flyer, but that several neighbors found them.

The flyer states it is protected by the 1st Amendment. It does not identify an author or source, but contains racist, ‘alt-right’ hashtags, “#AntiAntifa, #AntiSharia, #AntiCommunist.” It also has the hashtag #MAGA, referring to the phrase used by President Donald Trump. It complains about “our” monuments coming down and the presence of anarchists, and ends with the statement, “We are legion. Expect Us.”

Lt. Robert Kluk, public information officer for the Wilton Police Department, told GOOD Morning Wilton, “We are investigating the matter at this time. It appears that this pamphlet was  tossed on the driveway of a couple of residences at the end of Old Belden by the Norwalk line. It appears to be random in nature with regard to the driveways they were tossed on.”

In February, multiple copies of a racist flyer were distributed on South Wilton driveways in a similar way, each enclosed in a plastic bag and weighted down by pebbles. The same day, police in Norwalk also discovered the same flyers and it was determined that the perpetrator had likely traveled from Wilton to Norwalk along Newtown Tpke., sticking to main roads with quick access away from wherever the flyers were being distributed.