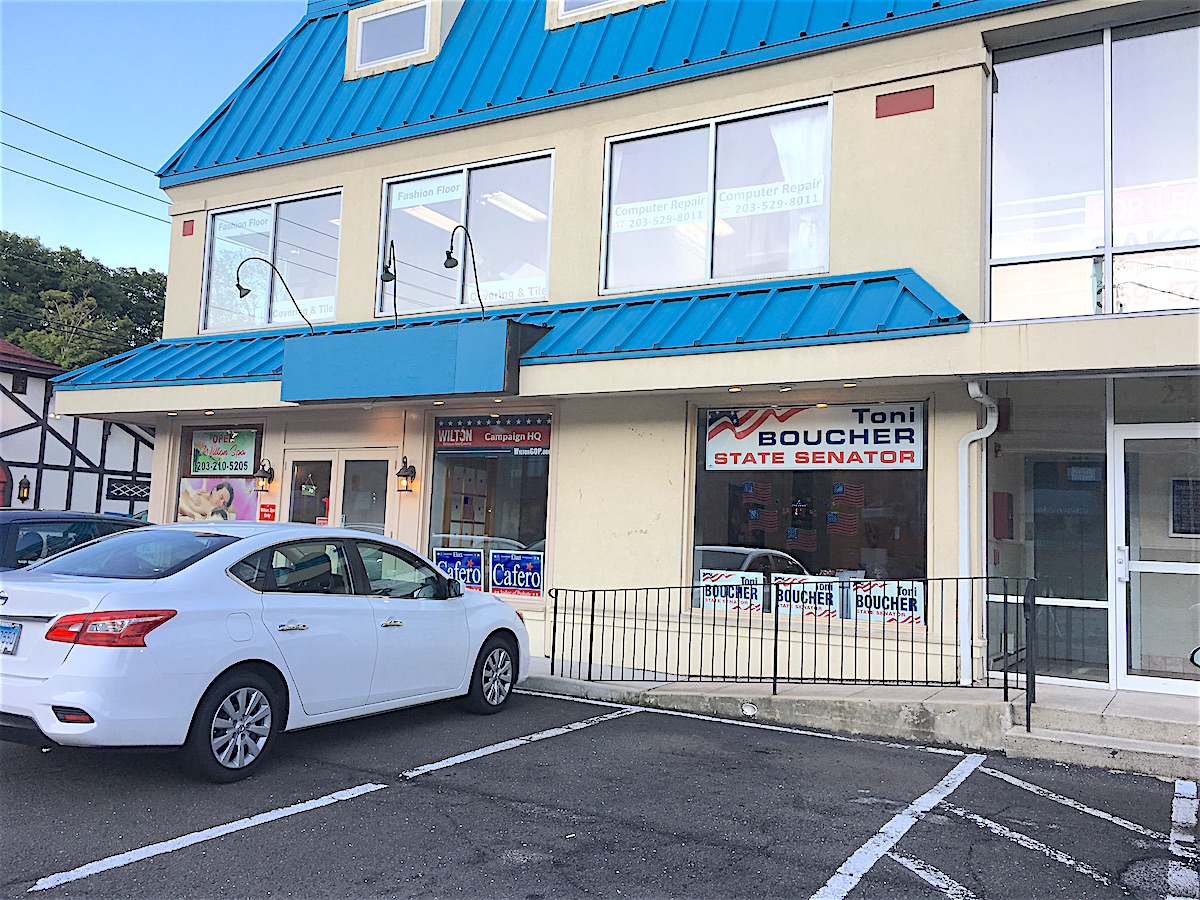 The following was compiled from a press release from the Wilton RTC.

The Wilton Republican Town Committee (RTC) will kick off the 2018 campaign season with an opening of its new headquarters at 24 Danbury Rd. on Wednesday, July 25 at 6:30 p.m.. The special guest at the opening event will be Rep. Themis Klarides, the Republican Minority Leader in the Connecticut House of Representatives.

The storefront headquarters in South Wilton next to The Little Pub will serve as the home base for Wilton’s elected representatives in Hartford–State Sen. Toni Boucher, State Rep. Gail Lavielle, and State Rep. Tom O’Dea. Other Connecticut GOP Congressional and Gubernatorial candidates are expected to use the Danbury Road HQ when they are campaigning in Wilton.

“We welcome all concerned neighbors to stop by and lend a hand,” said Bill Lalor, chairman of the Wilton RTC. “We’ve endured 40 years of disastrous politics in Hartford that have pushed our state to the brink of ruin,” said Lalor, adding he believes help is on the way this year. “For the first time in generations, we are now within one vote of a majority in the state Senate. That’s why this election we are going all out. The future of our state depends on it.”

Klarides is the highest-ranking female Republican in the state of Connecticut. As the House Minority Leader, Klarides has advocated for fiscal restraint, regulatory reform, job creation and tax relief. She has been an outspoken critic of Gov. Dannel Malloy and Democratic tax policies.