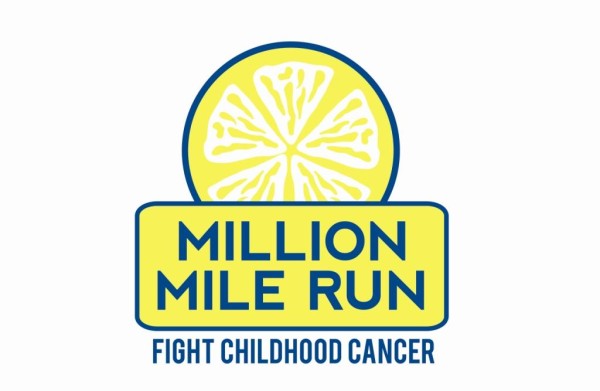 What if running those 100 miles made a difference in the fight against pediatric cancer?

A group of more than 50 Wilton residents will do just that—run or walk 100 miles each during the month of September. They’re doing it to raise money and awareness in support of children and families fighting against cancer.

The Wilton team, dubbed the “Wilton Cure-iors” is taking part in a nationwide month-long fundraising effort organized by the Alex’s Lemonade Stand Foundation, a national pediatric cancer charity. ALSF is recruiting people across the United States to collectively run or walk a total of one million miles during September’s Childhood Cancer Awareness Month.

Jeff Snyder, the organizer of the Wilton team, is awestruck that the dollar amount pledged and participation numbers for the Wilton Cure-iors have already surpassed the halfway mark of the team’s initial $20,000 goal. As of press time, the amount they’ve raised is $12,765. The Wilton Cure-ior team is currently the top-ranked team nationally in terms of money that has already been raised.

“We’re at over 60 percent of our goal, and we haven’t even started yet. We haven’t had one step toward the million miles. We are the number one team in the country.”

GOOD Morning Wilton is pleased to be an official sponsor of the Wilton Cure-iors team, donating advertising space and coverage. In addition, 10-percent of the site’s advertising revenue from the month of September will be donated to the Wilton Cure-iors. Our editor and at least one writer have also started training to run for the cause, pledging to help the hometown team meet, and hopefully surpass, its goal.

Snyder is grateful for additional community help, including his own, that goes to increase the team total even further. “Dave Pennino, a Wilton resident who is president of a company called LogicSource, and I, on behalf of my company, Inspira Marketing Group have pledged $1-per-mile for every runner on the team.”

If the 50 or so team members each run 100 miles, that’s potentially an additional $5,000 that each man’s company will add to the final pot.

Snyder is brimming with ideas for other ways that the team can mark miles and increase donations in truly Wilton ways:  as a team running the 7-mile distance from the Little Pub in Ridgefield to the Wilton Little Pub and having celebratory brunch afterward, or doing something with the Wilton Warriors Football team or another town entity.

“Anyone who would like to get involved, we’re totally open to it. It can be anything—maybe a restaurant will donate 10 percent of a team check; local businesses can host our kids holding fundraising lemonade stands. Anyone can participate in any way.”

The Cure-iors have a team page for donations and support, which you can visit to consider making a pledge or even to join the team. Snyder founded the group on the belief that this is an incredible opportunity to come even closer together as a community and make a difference—something he knows from past experience he can count on Wilton residents to do.

To learn more about participating in the run or about the Million Mile Run, visit the Wilton Cure-iors page. GOOD Morning Wilton will also have much more information about the effort in the days to come.