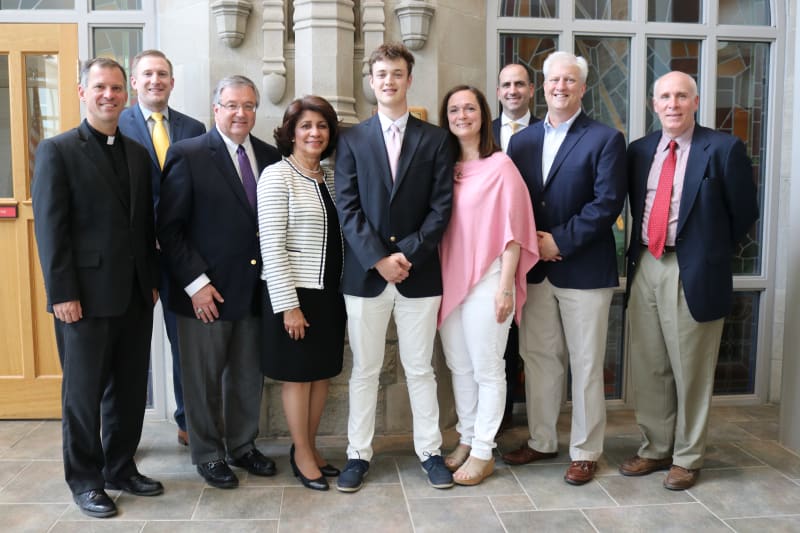 It’s the season for end-of-school-year awards, accolades and graduations. Below is a round-up of several announcements we’ve received about Wilton students and awards:

Elaine and Phil Lauria created two scholarships in memory of their son, Philip, who passed away one year ago. One award was presented to James Robert Doyle, who graduated 8th grade at Our Lady of Fatima School–Wilton.

“By his enthusiastic engagement in the mission of Fairfield Prep, Leo Redgate Jr. has been recognized as the first recipient of the Phillip A. Lauria Scholarship. Through the generosity of the Lauria Family and in the name of Phillip (Phil) A. Lauria of the Prep Class of 2005, this scholarship has been established in Phil’s memory. Phil was a true “man for others” who lived and learned with integrity, ethics, kindness, religious values and respect for others, as Leo has in his Prep years. Following Phil’s passing in 2018, his parents established the scholarship in order to recognize a Prep senior who exhibits Phil’s values and efforts.

In his life on campus, Leo has demonstrated the same values and qualities as well as an openness to growth, which has led him to a full life in support of the mission of Fairfield Prep. Leo traveled to Appalachia to experience Prep’s mission and has been a devoted member of Prep’s Campus Ministry team. His openness to growth led Leo to participate in Kairos, and he went on to lead the Kairos retreat in his senior year. In recognition of his dedication and desire to make an impact on the lives of others, Leo was chosen as one of four co-leaders of Prep’s Freshman Retreat. At graduation, Leo was the recipient of the St. Francis Xavier, S.J. Award, which honors that student who by his choices and his actions has taken advantage of the full array of opportunities and experiences offered throughout his four years at Prep. Congratulations to Leo for being the first recipient of the Phillip A. Lauria Scholarship.”

Savas was a member of the Hopkins School Swimming and Diving team for four years. She broke the school record her junior year and then broke her own record senior year. Savas graduated from Hopkins and will be diving for Claremont McKenna College in the fall. 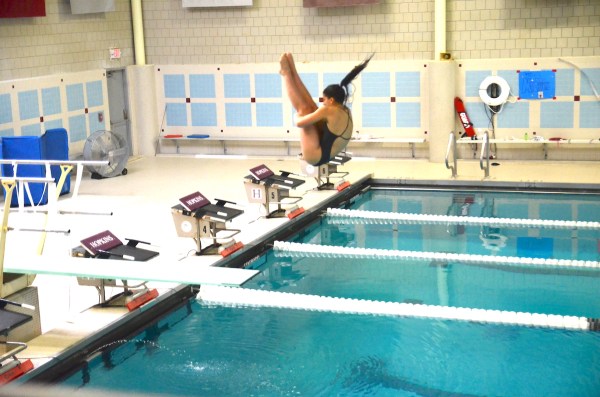 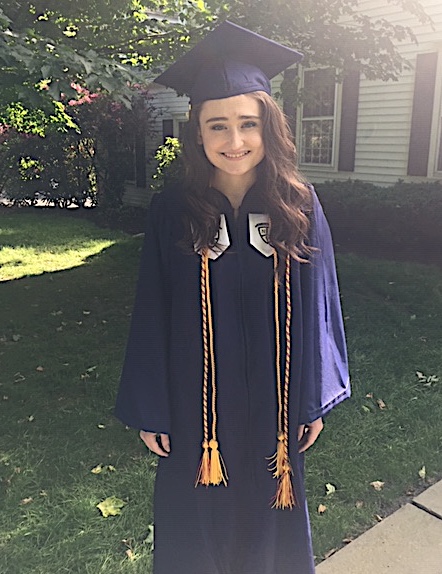 Congratulations to Wilton resident Katie Heffernan for graduating as Valedictorian of Notre Dame Fairfield‘s Class of 2019. Heffernan was a National Merit Commended Scholar and an inductee into the National Honor Society and Spanish Honor Society. Katie was the founder and president of the Students for Life club as well as a member of Campus Ministry, the Frank and Marisa Martire Leadership Institute, and the C4Y Diocesan Choir. Katie will be joining her older brother, Will, at the Honors College of the University of South Carolina this fall where she will be a recipient of the Academic Scholar Excellence Award and will be studying early childhood education.

Dante Batista, who attends the Kent School in Kent, CT, was recently named All-New England West 1 in lacrosse by WNEPSLA (Western New England Prep School Lacrosse Association). Batista was one of only three sophomores in New England to be named to the all-league team. 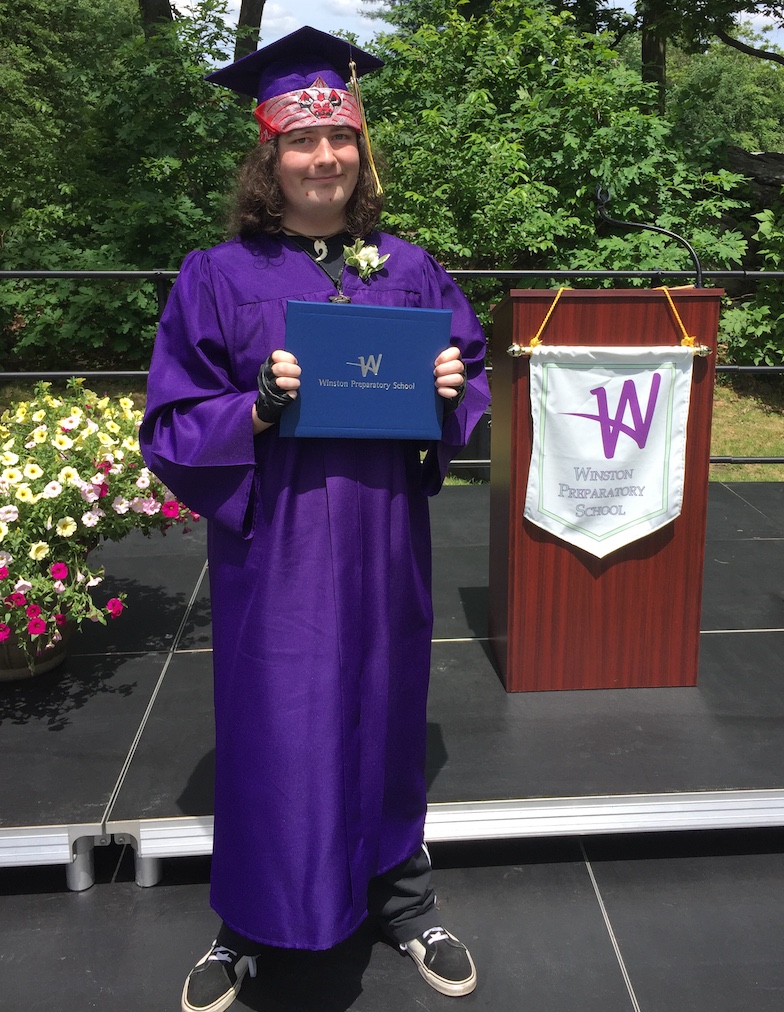 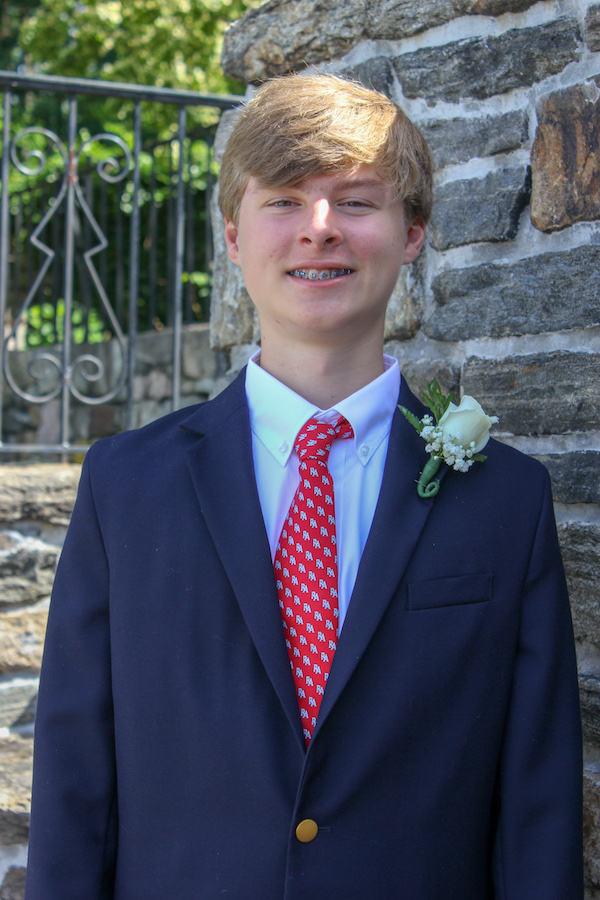 On June 12, Ridgefield Academy graduated 26 members of the Class of 2019 during a beautiful outdoor ceremony in RA’s Graduation Garden. Eleven of the graduates were “lifers”, having attended RA since Kindergarten.

Tom Main, Head of School addressed the audience by saying, “The Class of 2019 will exist for me as a class, in perpetuity, of what an RA class can aspire to be. This group is intellectually accomplished, socially conscious, athletically talented, artistic, and clever. They have a lot of fun and truly enjoy each other.”

Among the graduates was Wilton’s Andrew Seeberger.

Ridgefield Academy is a coeducational, private day school for students from Preschool through Grade 8. Founded in 1975, the school cultivates a love of learning and preparedness for advanced academics. For more information, please visit www.ridgefieldacademy.org.