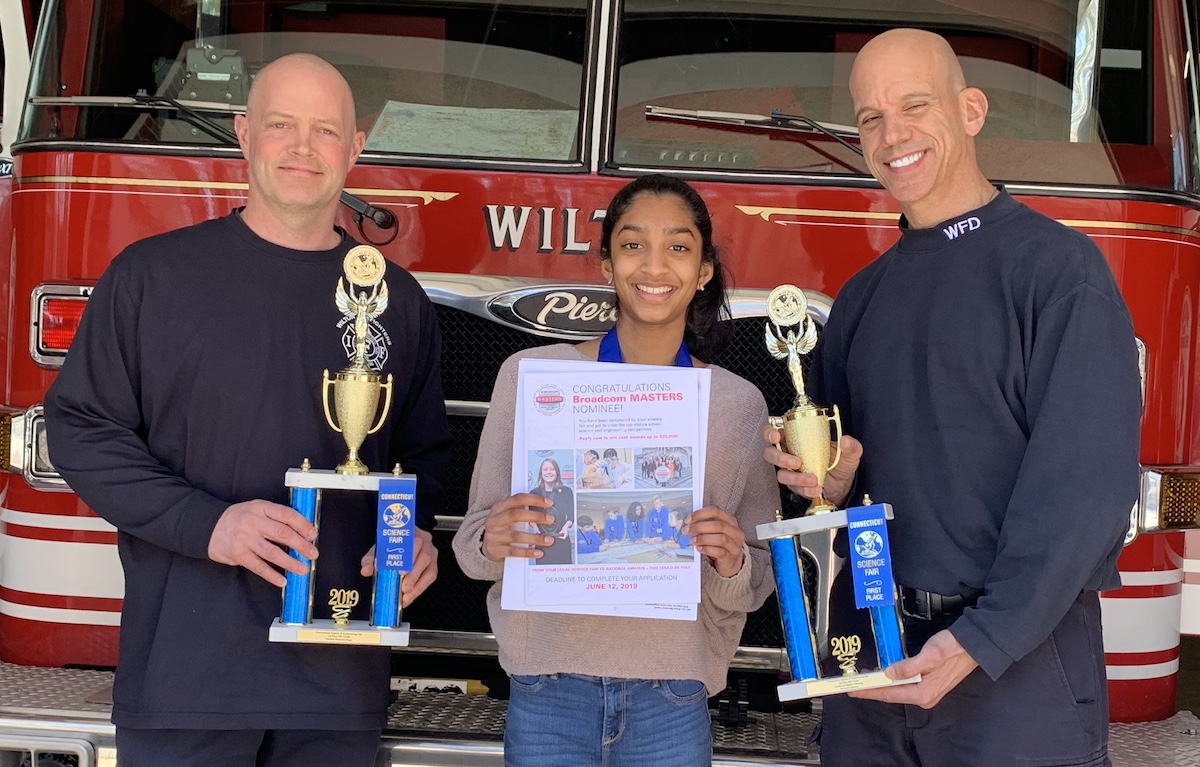 Congratulations to the Wilton students who participated in the 2019 Connecticut Science and Engineering Fair over the weekend. Several took home prizes and recognition.

Among them was Middlebrook 8th grader Keerthi Vijay, whose project, “Alternative Household Method to Extinguish Fires,” won two first place awards as well as an invitation to move on and compete in the 2019 Broadcom MASTERS competition this summer. Her recognition included: Also moving on to the next round of competition is Noah Levi (pictured, right), who attends Brunswick School. His project, “The Utilization Of a Miniaturized Wind Turbine to Charge An Electronic Device Using The Wind Produced By Blowing,” won the “Next Step Inventors” special award and an invitation to compete at the 2019 CT Invention Convention.

The other Wilton participants who were recognized were: