Home News Breaking News Wilton to Get Its Fireworks After All — Vanderslice Suggests Late Summer... 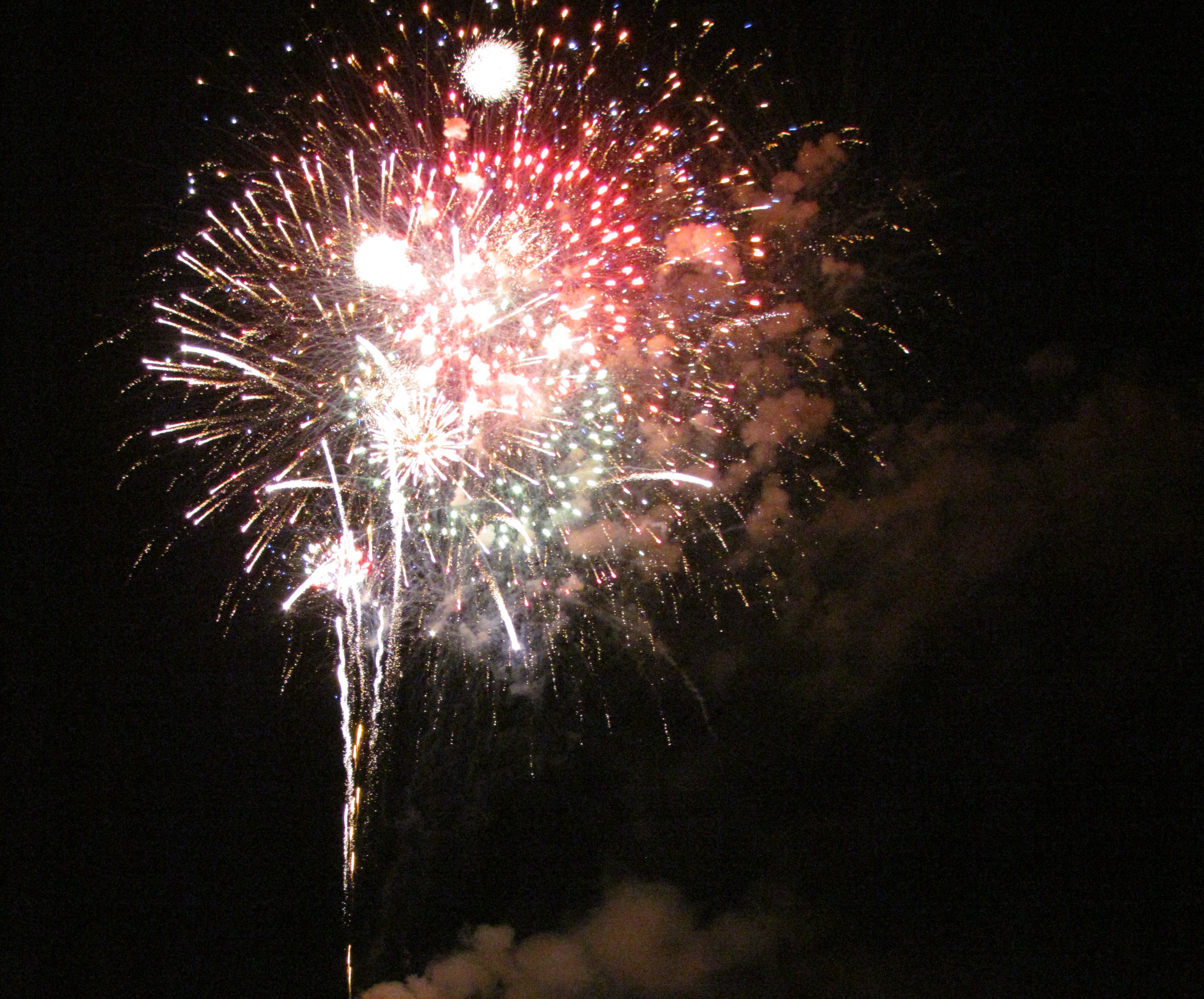 There were no signs of a summer slowdown when Wilton’s Board of Selectmen (BOS) met Tuesday evening, July 20, with a wide-ranging agenda.

With many Memorial Day and Fourth of July events canceled this year, First Selectwoman Lynne Vanderslice was pleased to share the idea of a Labor Day weekend community celebration.

The events would be modeled closely after Wilton’s traditional July 4 activities, notably including fireworks on Saturday, Sept. 4.

The idea was enthusiastically supported by the selectmen, who unanimously authorized Vanderslice to execute a contract for the fireworks vendor, Atlas PyroVision Entertainment Group, Inc., a company Wilton has used in the past.

The contract price is $18,000. Parking ticket sales are expected to offset much of the cost.

Vanderslice indicated consideration is being given to a plan to offer free parking to Wilton’s emergency responders and other resident healthcare workers in special recognition of their efforts during the pandemic.

Improved cellular service in Wilton has been one of Vanderslice‘s top infrastructure priorities.

At the June 25 BOS meeting, Vanderslice informed the board she was exploring the possibility of a new monopole to be located behind the school bus depot at 180 School Rd. The monopole is a cost-effective way to reach a great number of people in lower-density areas like Wilton.

The location is considered ideal for its obscurity from view and its reach to the various school and community complexes in the area, as well as nearby high-traffic areas.

Town officials have drafted an RFP (available on the town website), for telecommunication companies to bid on a lease for the town-owned land for the purpose of building and operating a cellular/wireless telecommunication facility. The BOS approved the RFP with some schedule changes to allow bidders more time to survey the area. It reads:

“The Town of Wilton, Connecticut, requests sealed proposals from qualified companies for a lease agreement for a portion of the certain Town-owned real property situated at the Town School Bus Depot, with an address of 180 School Road, Wilton, Connecticut, together with a non-exclusive right of reasonable access thereto and to the closest source of electric and telephone facilities for the sole purpose of constructing, installing, operating, maintaining and repairing a cellular/wireless telecommunications facility to provide personal communications services, including a telecommunications tower, antennas, an equipment pad or shelter, cables, transmission and utility wires, poles, conduits, pipes, accessories and related equipment and improvements. Under the lease agreement, the Town of Wilton will continue to own the land, the lessee/tenant will own the telecommunications structures and equipment, and the lessee/tenant will use the equipment compound on the land exclusively for the wireless telecommunications facility.”

The lease agreement will allow the town to use the tower and equipment for municipal services free of charge.

The BOS also authorized Vanderslice to execute a contract with Hinding Tennis, LLC, of West Haven, for the reconstruction of the Middlebrook tennis courts, at a cost of $350,000.

Vanderslice noted that although the cost was higher than initially estimated, it is below comparable projects in nearby towns.

The work would be completed by approximately Sept. 15.

In a move known as an 8-24 referral, the BOS recently referred a long-range plan for improvements at Schenck’s Island to the Planning and Zoning (P&Z) Commission for members to review and comment.

The BOS is ready to proceed with its improvement plan, but is required under state statute to make the referral to P&Z before any improvement projects in town-owned parks or playgrounds.

P&Z commissioners took up the referral at their June 28 meeting, sparking discussion and some doubts about the plan’s vision and potential to serve as a meaningful “draw” for residents, as hoped.

In a July 15 memo to the BOS, Town Planner Michael Wrinn advised the BOS of the P&Z commission’s review.

“The Commission recognized the scope of the planning that was done here and the large amount of time and energy that the public and multiple civic groups spent in the development of this [Schenck’s Island] plan. It was noted that the Planning and Zoning Commission is about to engage a consultant to undertake a Master Plan of the Wilton Center area and concerns were raised questioning if this plan would tie the hands of any future planning.

“Discussion was also raised concerning the possibility of Schenck’s Island being more of an active park, drawing more of the community to the property on a regular basis. It was felt that there was a need to be visionary and that the needed amenities for this should be funded in the future.”

Vanderslice responded to the P&Z feedback with a reminder that Schenck’s Island has inherent restrictions in its use, given that it is a property that is a floodway or flood plain.

Because of those restrictions, Vanderslice said, Schenck’s Island is not a focus of Wilton’s POCD.

“Schenck’s Island has always been… a very natural environment. The plan was to keep it a great natural space but to open up opportunities for additional uses, but not take away from its natural beauty.”

She went on to highlight the broader context of the plan, with the connection to Merwin Meadows, the Norwalk River Valley Trail, and even the school complexes, where “more active recreation areas” can be found.