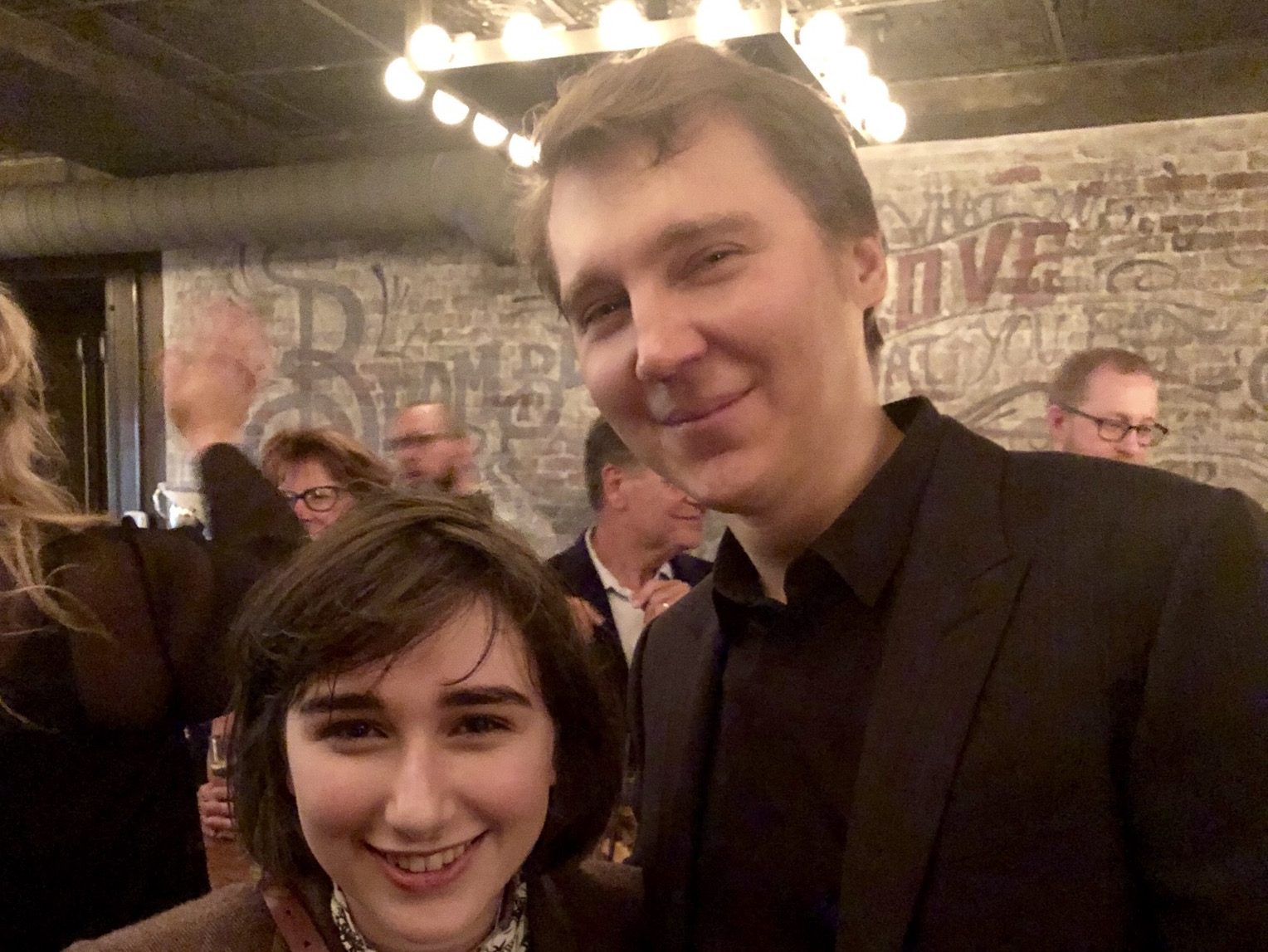 In the Wilton High School “Break On Through” 2002 yearbook, senior Paul Dano was voted “Best Actor” and “Most Likely to be Famous.” These honorific titles would prove to be prophetic. Soon, Dano may add an Oscar for “Best Director” to the list.

Dano, an accomplished actor, producer, and writer, makes his directorial debut with the powerful new film, Wildlife, the opening night film at the Ridgefield Independent Film Festival, screening Thursday, Oct. 18 at 8 p.m. at the Ridgefield Playhouse.

Starring Jake Gyllenhaal and Carey Mulligan as a couple facing marital challenges, the story takes place in 1960 Montana and is set against the dramatic backdrop of raging, uncontrollable forest fires. Their adolescent son, played by newcomer Ed Oxenbould, is the reluctant witness to the disintegration of his parent’s marriage. Wildlife is already generating significant Oscar buzz for Dano’s assured filmmaking, Mulligan’s commanding performance, and the screenplay, which was adapted by Dano and his partner, Zoe Kazan, from the Richard Ford novel of the same name. After screenings at prestigious festivals around the world including Sundance, Cannes, TIFF (Toronto International Film Festival), the London Film Festival, and the New York Film Festival, the film is just getting started and continues to garner critical raves.

Though only 34, Dano is a seasoned professional, who got an early start in the entertainment business and learned from the best. At age 12 he played “Howard” in the Broadway production of Inherit the Wind starring George C. Scott and Charles Durning. Over the next two decades, Dano went on to star in dozens of films and television series, notably Little Miss Sunshine, Where the Wild Things Are, There Will be Blood, 12 Years a Slave, and War and Peace. His portrayal of Beach Boys singer/songwriter Brian Wilson in Love & Mercy, amassed a slew of award nominations and wins for Best Supporting Actor, including a Golden Globe, Independent Spirit Award, and Oscar nomination.

As an actor, Dano is a chameleon, and unlike many leading actors of his generation, he has managed to avoid being typecast. He is thoughtful and selective about the roles he chooses and opts for characters that are complex and unexpected, ranging from the villain “Simon Feck” in the blockbuster Knight and Day opposite Tom Cruise, to more personal projects, like the indie feature Ruby Sparks in which Dano plays “Calvin Weir-Fields,” the quirky romantic lead opposite his real life love interest and partner, the multi-talented writer/producer/actor Kazan.

Upcoming roles include “David Sweat” in “Escape at Dannemora,” the new eight-part mini series, directed by Ben Stiller, which begins airing Nov. 19 on Showtime. Dano plays one of two inmates (the other is portrayed by Benicio Del Toro) who con a vulnerable female prison guard (Patricia Arquette) into helping them escape a federal prison.

Never one to rest on his laurels, Dano will also soon appear opposite Ethan Hawke in Sam Shepard’s Pulitzer-prize winning play, True West at the Roundabout Theater in early 2019.

Wildlife heralds a welcome new chapter in Dano’s professional life as a director. Who could have known that the boy who gave a winning performance as “Oliver Twist ” in Wilton High School’s 2002 production of Oliver would one day be captivating audiences and critics alike for his acting, writing, and directing? Clearly, his classmates knew exactly what was going to happen to Paul Dano—that he would become famous for all the right reasons.

Megan Smith-Harris, the festival director of the Ridgefield Independent Film Festival and editor of Wilton Magazine.

Tickets to Wildlife are available online.