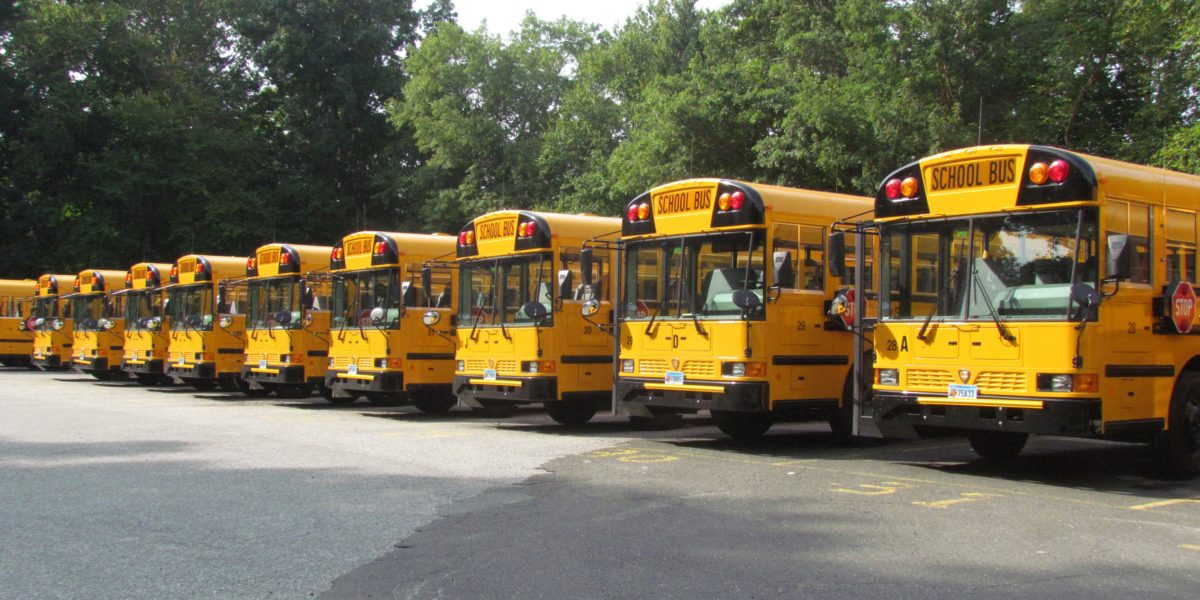 It’s Monday morning, April 6, at a time when Wilton’s school bus drivers normally would be busy driving their assigned routes. But with the untimely closing of Wilton schools and students learning from home thanks to the COVID-19 public health crisis, those drivers not only find themselves at home, but they’ve unceremoniously found themselves out of a job.

The bus drivers were laid off by the company they work for, Student Transportation of America (STA), shortly after the school district announced on March 11 that it would be closed ‘until further notice.’ As a result, the 50-some-odd hourly-wage workers are no longer collecting salaries.

The drivers are stuck in the middle of a dispute between the school district, whose officials say they would like to see drivers continue to get paid, and the company that made the decision not to keep the drivers on staff during the indefinite period.

Since Gov. Ned Lamont issued his order to close all public schools in Connecticut, he has issued several executive orders, including one mandating school districts to continue to pay certain costs to the transportation companies with whom they contract bus services. One reason that he made that order was so that bus company employees would have “continuity of pay.”

That order also required the transportation companies to provide accurate information to the school districts about those actual costs incurred during the public emergency. As First Selectwoman Lynne Vanderslice explained, “The two are required to negotiate amendments to make payments to the transportation providers so they can compensate active employees and provide health benefits. It requires the bus company to attest to and provide documentation of the fact of those payments.”

Those requirements ensure any costs the district has to cover are fair and accurate; a key phrase in the order is ‘active employees.’

Jayson Cancelli is the head shop steward for Wilton’s bus drivers, who belong to the Amalgamated Transit Union Local 1336. He’s been driving school buses in Wilton for the last five years.

“We have addressed this with the company, the continuity of pay for the drivers. What we’re told from the company is whatever call is being made is being made by the district. We’re hearing the same thing from both sides, that one side is not cooperating with the other one,” Cancelli said.

“What I got from him was there were some questions about the company but [the district is] trying to do whatever they can to help us out. The company is saying to me, ‘We need help with the Board of Ed.’ So I don’t know how to get things moving,” Cancelli said, acknowledging that he feels caught in the middle.

Smith told GOOD Morning Wilton the district is sympathetic to the drivers and wants to see them paid.

“We consider the drivers part of our Wilton Public School community. In the same way that we have supported our direct employees, we have an interest in supporting them too. That should go without saying,” he said.

He reiterated that wish. “Number one, we have an interest in seeing our drivers get paid. Number two, we are working with the bus company to try and get it all worked out.”

Smith says it’s reasonable that all districts would want to renegotiate costs during the closure–something that the governor’s order recognized, and required parties to be forthcoming with numbers.

“There are costs associated with the [transportation] contract–vehicle maintenance [for example]. If the buses aren’t running, we shouldn’t have to pay a fee to maintain the buses just sitting idle. And I’m not sure what other overhead costs might be contained in the contract because they give us kind of a flat fee. So they just need to do a better job of breaking out their costs.”

According to Smith, the governor’s order was meant to make sure that employees, including drivers, were paid. “What it didn’t say was we must pay the contract as is; it’s, we’ve got to work with the vendor to look at that contract to ensure that drivers get paid and we’re certainly already trying to do that.”

But that can’t happen if those drivers have been laid off–a decision he says is STA’s and STA’s alone since that’s who employs the drivers, not the district.

GOOD Morning Wilton has reached out to representatives of STA, both at the corporate office and locally for comment. This story developed late on Sunday, April 5. Accordingly, the article will be updated with any comment from STA.

“As you know, an important part of the Federal CARES Act aid for states is the Education Stabilization Fund, which provides $30.75 billion to support school systems during this unprecedented public health crisis. Moreover, Governor Lamont’s Executive Order 7R directs school systems to negotiate amendments with contracted school transportation partners, like STA, to support our employees and our ability to serve the district and communities when schools reopen. We are working with the Wilton School District to do just that.

“We greatly appreciate that the Federal Government, Governor Lamont and Wilton School District leaders recognize that student transportation is an essential service and we are doing all we can to preserve and protect our ability to provide the high-quality service the Wilton community has come to expect once this crisis is over. We are very concerned about the STA employees we were forced to furlough and we continue to negotiate with the school district for payment so we can bring those employees back on board. Our primary concern remains the health and safety of our employees, the students we transport and the communities we serve.”

The Economics of Bus Driving

As the union representative for the Wilton drivers stuck in the middle, Cancelli has to be diplomatic on what he can say. “I don’t think anyone is necessarily to blame for the situation because this is the first time it’s happening, something like this, to us all.”

While he can’t disclose specific salary figures he will say that Wilton drivers are some of the highest-paid school bus operators in the state.

“If you look on the average scale for bus drivers, it usually is somewhere between $13 and $32 an hour,” he says. “We’re closer to the top of that scale so we’re one of the higher paid yards in the state,” adding that most of the drivers in Wilton drive “about 26, 27 hours a week.”

Drivers only get paid when school is in session, so summers are tough. “It’s hard for us. We have to plan all year to get through the summer even though we collect unemployment in the summer, the unemployment isn’t enough. We have a lot of single parents, people have families,” he says, noting that he had hoped that the issue of pay continuity would have been in place before any shutdown happened. “A lot of us saw this coming for a few weeks before it happened–the layoff, I mean.”

What’s even harder is that some of the drivers won’t be able to collect very much in the way of unemployment benefits. “You’re talking about three to four months’ worth of training and then probably another week or two once they have their license. So for newer licensed drivers, it’s a little harder because what they were making in training, it wasn’t much. So we have drivers who are collecting in the teens as far as unemployment benefits now.”

When GMW asked how Wilton residents could help–with suggestions like gift cards, a GoFundMe campaign, or even calling STA, Cancelli said, “Calling STA would probably be helpful. But the problem is the office is empty right now. So nobody’s gonna be there.”

He has asked the drivers what would help right now. “Drivers are pretty much stubborn. ‘Pay us,’ he says. ‘I mean we’re hanging in there. It’s just a matter of how long can we hang on.”

Would that start with STA saying ‘Yes, you’re still employed?”

“Yep,” Cancelli said. “That would help.”

One good thing Cancelli can report is that all of the Wilton drivers are healthy. It’s something he wishes for the Wilton community.