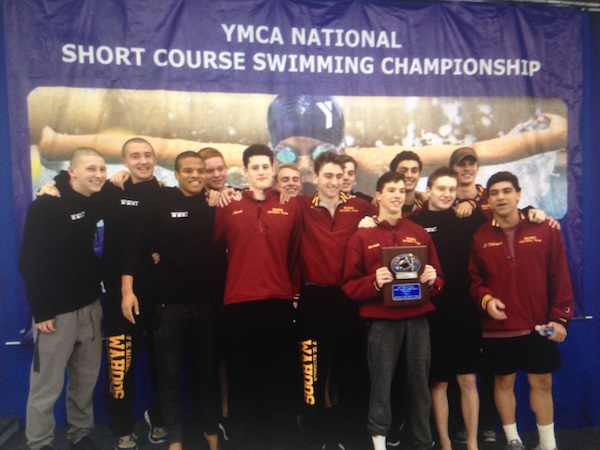 Swimmers Ky-Lee Perry of Norwalk and Hugo Sykes of Weston both captured gold medals in the 50Y Freestyle event. Perry also won gold in the 100Y Freestyle event and will be headed to Olympic Trials in Omaha, Nebraska in late June. Perry has Olympic qualifying times in both the 50M and 100M Freestyle events and will compete for a spot on Team USA heading to Rio de Janeiro, Brazil in August.

The Stamford Fury 12U baseball team, including long-time Wilton friends and Little League teammates Everett Andersen, Anthony Passaniti, Sam Strazza and Ryan van Heyst, brought home the championship of the Diamonds for Mom 12U 50/70 baseball tournament held this past weekend at Sportsplex in North Branford, CT.

The Fury was just 1-1 in the preliminary round on Saturday, including a dominant pitching performance by van Heyst in the victory, giving the team a difficult path against higher seeded teams to the final. However, the Fury were up to the task, spanking the Middlebury Mud Dogs 10-2 and avenging a first round defeat in dominating fashion, 13-4 over the CT Blue Jays, setting up the finale versus the Mystic Clippers.

The Wilton boys collectively had a terrific weekend, batting a combined .442 with 11 RBI while saving their best for the title game. Andersen got the Fury on the scoreboard against Mystic with an RBI single in the first, and in the fourth Strazza’s RBI single and Passaniti’s two RBI double broke a 1-1 tie and gave the Fury the lead for good.

Starting pitcher Andersen limited the Clippers to two runs through five innings, fanning seven while walking none, with help from van Heyst who anchored the defense at shortstop. After the first two runners in the sixth reached on errors, Passaniti came out of the bullpen to shut the door and preserve the 6-4 victory.

The GU-10 Blue Team was ready to take on Darien from the first blow of the whistle. Despite Darien’s repeated attempts to score, Wilton’s goalie Jane Hughes was a force to be reckoned with, and her line of defense—including Morgan Breaker, Ashleigh Masterson and Siena McDermott—were solid in blocking their opposing team’s numerous attempts at goal.

Wilton saw an opportunity to take the lead when Brooke Aleksiejczyk kicked a perfectly placed ball in Addison Pattillo’s line. Pattillo wasted no time charging the net and scoring the first goal. Wilton’s attempts to score continued and the perseverance shown by Lindsay Morin and Josie Goldman paid off with Wilton’s second and third goals finishing the first half 3-1.

Darien came back ready to fight and quickly scored. Alexa Furst, Molly Kaeyer and Fiona Gibbons, covered a lot of ground and their solid passing and fast footwork was met with tough resistance. Darien was determined. Now tied at 3-3, the back and forth goals by each team made for an exciting match. Isabel Barbieri, Grace O’Connor and Masterson worked solidly as a team with perfect assists enabling Masterson to score the fourth and Barbieri the last two goals.

The game ended in a 6-6 tie, but as the girls presented their mothers with beautiful roses for Mother’s Day, there was abundant pride by the coach and the parents in the solid performance displayed by the team.